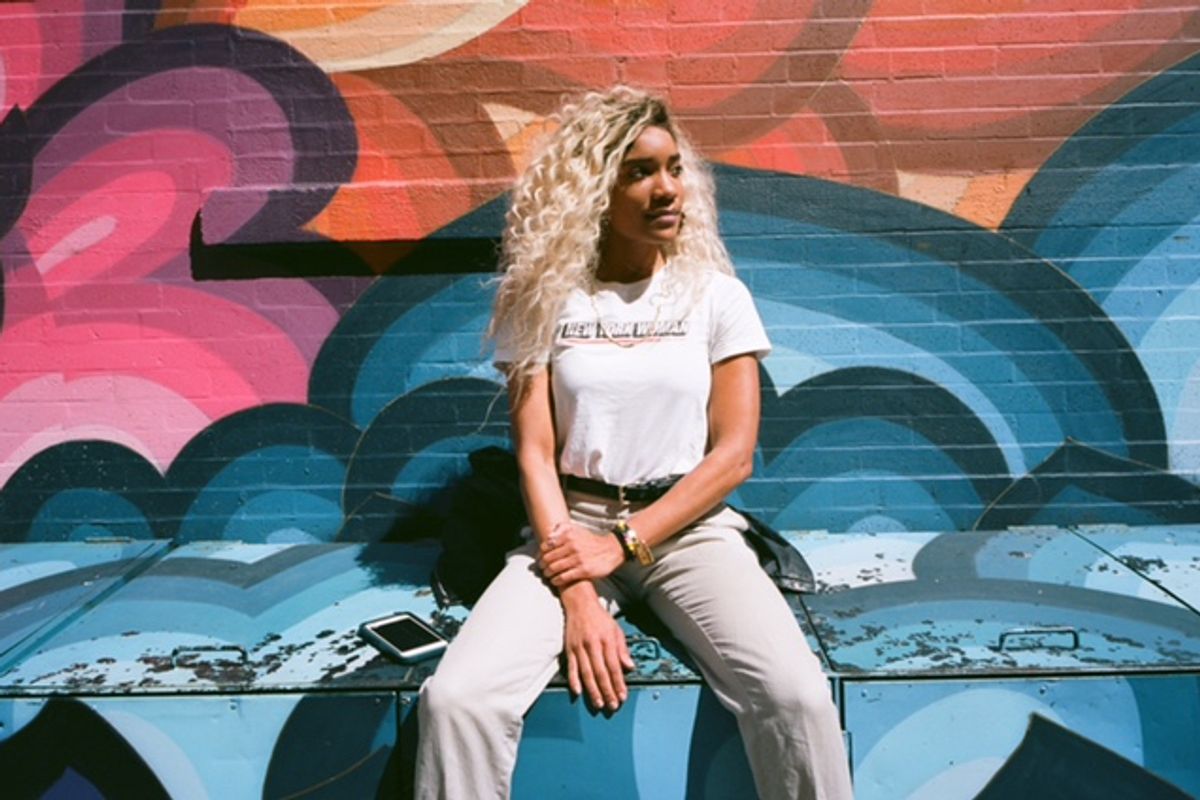 27-year-old Elyse Fox used to be a sad girl. She still is--only now she has an online and in-person support group called the Sad Girls Club. The NYC-based group offers tips, statistics, words of support and community to young women dealing with depression. For those who cannot attend meetings IRL, Fox's Instagram account offers a connection to a digital community of support. "We let our members know they are heard and important," she explains. "The best part of our Instagram is the community. I love reading the comments and seeing women from around the world uplift one another."

Fox has struggled with depression her whole life and grew up feeling like there was an unavoidable stigma around it. "I knew what depression was when I was younger so I wasn't too in the dark about what was going on in my head," she says. "I think that knowledge and education is key." She believes that giving children the language to discuss mental health at an early age is important. Fox herself did not seek professional help until she was older since she felt like she couldn't talk about it. "I notice the most common problem is that girls feel like they have nobody to speak to, they have no one they can relate to. The feeling of solitude is a common struggle."

A relationship with a physically abusive boyfriend was when things hit rock bottom and prompted Fox to chronicle her struggles through a personal documentary titled Conversations with Friends. "I refer to the film as my "coming out" party for my depression," Fox says. The film ultimately ignited a larger conversation about depression when she found her inbox full of stories similar to hers. "Girls from all over the world requested advice, mentorship, and guidance through their own mental illnesses. I felt the need to create a platform for girls so they know they're not alone." Sad Girls Club's Instagram now has a following of over fifteen thousand with members from around the world.

Right now, Sad Girls Club hosts impromptu meet-ups and chalks "positive affirmative" graffiti around New York City. But the Brooklyn-based filmmaker wants to expand the movement into other parts of the country and eventually all over the world. "I'm working to spread SadGirlsClub IRL events across the country." That includes a Kickstarter campaign to launch a "Millennial Mental Health Tour" that aims to visit 5 major cities to conduct workshops and panels geared at helping women talk about and cope with mental health issues.

Fox is dedicated and wants to help as many women as possible, but she also understands that it's a long journey and encourages girls all around the world with limited or no access mental health care to form their own support groups. "Create your own Sad Girls Club with your close friends to have a support system. Even if it's only two of you, having that foundation to fall back on can help you feel less alone supported," she says. And of course, she and the Sad Girls Club account are always there. "I know it's easier said than done but please know you're not alone."