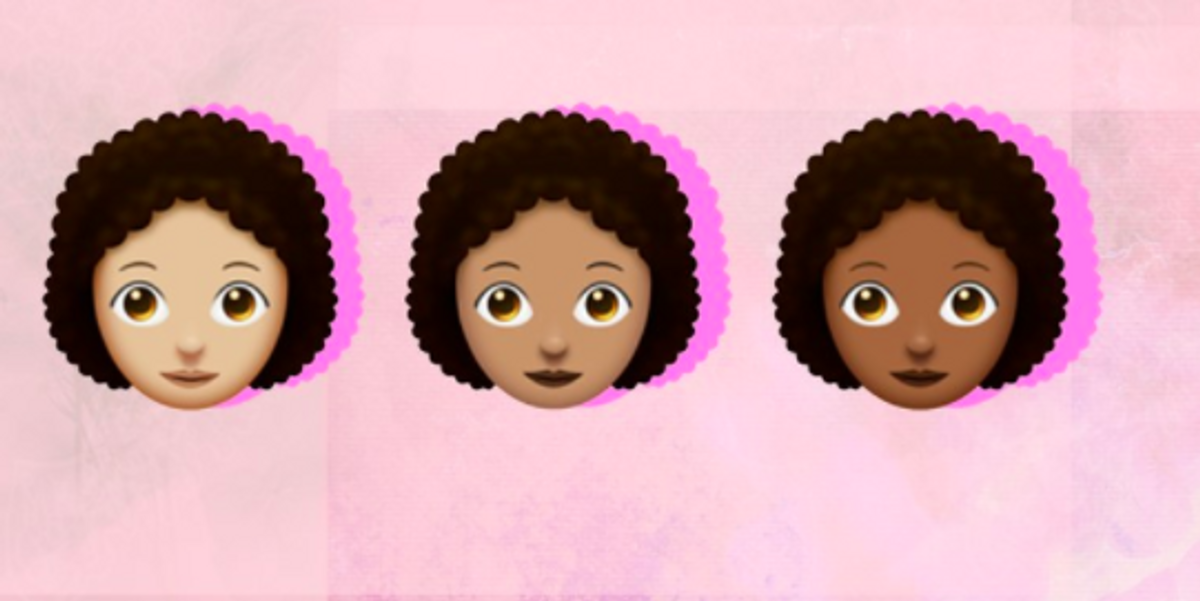 The Long-Awaited 'Afro Emoji' Has Been Met with Mixed Emotions

Of the many emojis that have been requested since the little icons first became a part of our everyday lexicon, an emoji featuring textured, kinky or even just curly hair has been one of the most glaringly absent. I mean, we have "meditating guy" and "bearded dude," but no emoji rocking an afro?! What's up with that? So when Unicode released a mockup of its new round of emojis, including bald, red headed and natural haired icons, people were shook.

Though announcement came last week, people are still reacting to the news:

Not everyone is feeling the look:

I know that first emoji not supposed to be an afro. y'all gotta fix that https://t.co/uFak1LMHwZ
— Shahirah (@_HotDamnSAM) December 7, 2017

They fucking tried 🙄 I want everyone who complained to create a better afro emoji https://t.co/ZMemHHc6Jm
— Respeck Takeoff (@7Days_of_Sunni) December 16, 2017

For its part, Unicode says they based the emoji off the fierce, voluminous curls of lifestyle blogger Ciara Anderson:

It does leave us wondering — are there any black women on Unicode's design team?