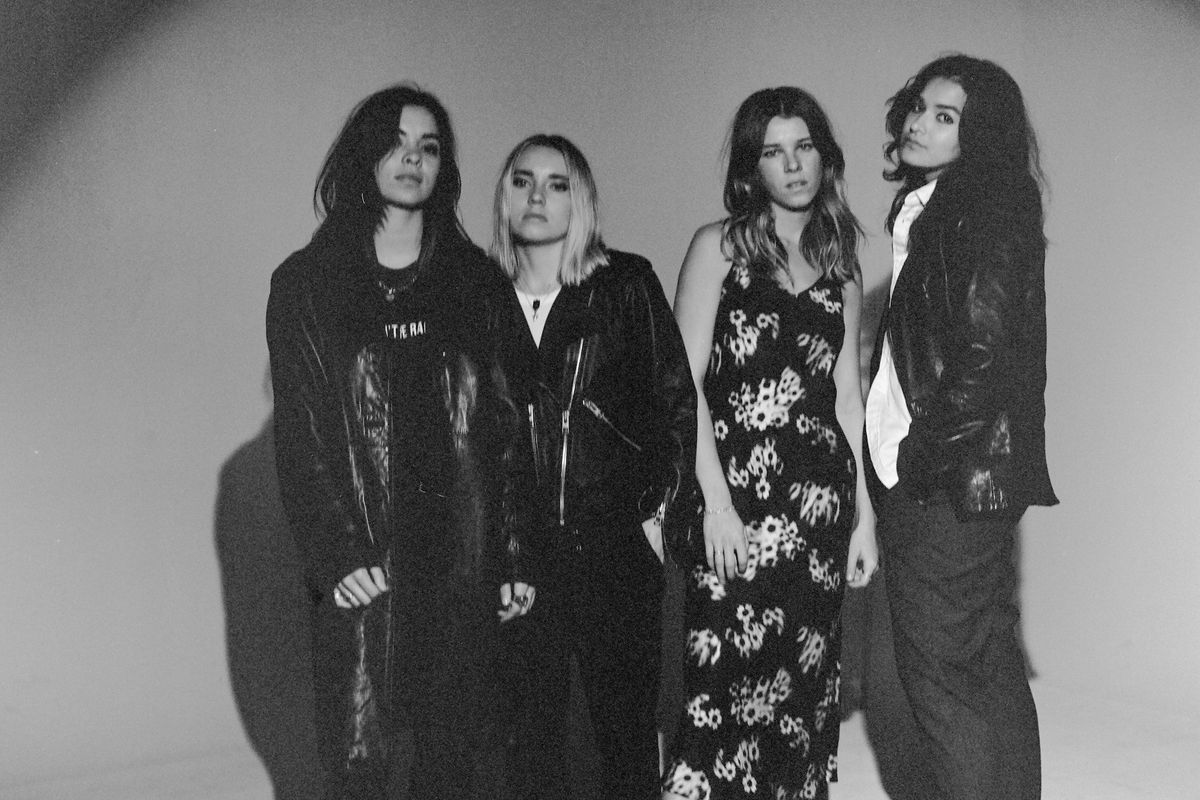 The Aces Drop Two B-Sides Off 'Under My Influence'

There's nothing more fulfilling for die-hard fans than a band's coveted b-sides, and The Aces are keeping their audience fed today with two: "Sleepy Eyes" and "Aren't You," bonus tracks off 2020's Under My Influence.

"These two songs were some of the first we wrote in pursuit of our second record and truly helped shape what Under My Influence became," The band says. "They're the roots of this sonic chapter of The Aces. With that being said, you're probably confused why they weren't part of the initial album; and to that we say, we always save the best for last."

The Aces says "Sleepy Eyes" was the first song "to open a new sonic chapter" for them, which then "snowballed into what is now Under My Influence." It's a sparkly, grooving track with an R&B undercurrent, as the girls promise to be the one to "run around" with their lover at night. "Its story was inspired by late summer nights spent in the sleepy eyes of a lover," the band continues. "It brings a feeling of nostalgia when we hear it and we hope that you'll feel that too while you listen."

Then there's "Aren't You," one of the first tracks The Aces wrote for Under My Influence, which picks up the tempo just a bit with an absolutely irresistible chorus. "Aren't you perfect for me?" they ask repeatedly. "Aren't you supposed to be my everything?" The girls describe this one as a sequel to their 2017 single, "Stuck," and "finding yourself in that frustrating feeling when somebody seems perfect for you on paper, but in real life the chemistry just isn't there.

Under My Influence doubled down on the band's penchant for funky, bright pop tunes, with singles "Daydream" and "801" leading a project about love, heartbreak and everything in-between. To celebrate the release of their b-sides, sisters Cristal and Alisa Ramirez, McKenna Petty and Katie Henderson will be hosting a special "Sleepy Eyes Sleepover" (games, music, gossip) on their YouTube at 9 PM EST. We'll see you there!