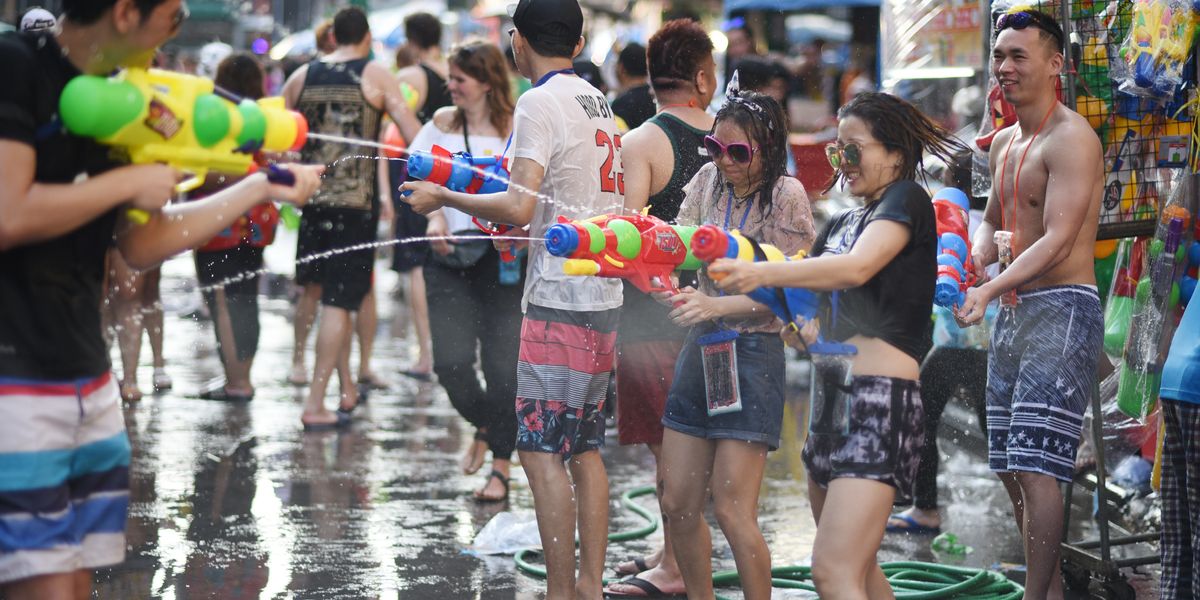 A suggestion by a Thai government official that women should dress conservatively so they won't be sexually harassed during the country's new year festival has inspired #DontTellMeHowToDress.

Songrkan celebrations in Thailand are marked by crowded water-gun battles in which festival-goers are left soaked, and like many outdoor festivals around the world are fertile grounds for sexual harassment.

In response to a request for increased protection for women during the festival, Department of Local Administration department director-general Sutthipong Chulcharoen said local government bodies would arrange alcohol-free zones and launch campaigns to encourage women (including tourists) to 'dress appropriately' so that they are not targeted for sex crimes.

Bangkok-based Thai-American model, actress and television personality Cindy Bishop took to social media to call out the illogic of that suggestion, putting the onus back on how men behave instead of the way women dress. In addition to starting the #DontTellMeHowToDress hashtag, she released a video addressing the topic.

The movement has garnered international headlines and is being compared to the #MeToo movement, which was slow to take off in Thailand.

"Maybe the reason this is taking off faster is because they're not coming out and accusing anyone," Bishop told Bloomberg News. "Our society is quite conservative, and for someone to come out and point a finger at someone who's assaulted her is huge, I don't know if we're ready for it yet."

59 percent of 1,650 women and girls aged 10 to 40 surveyed last month, said they'd been sexually harassed during Songkran, according to the Women and Men Progressive Movement Foundation, a nonprofit rights organization in Bangkok.