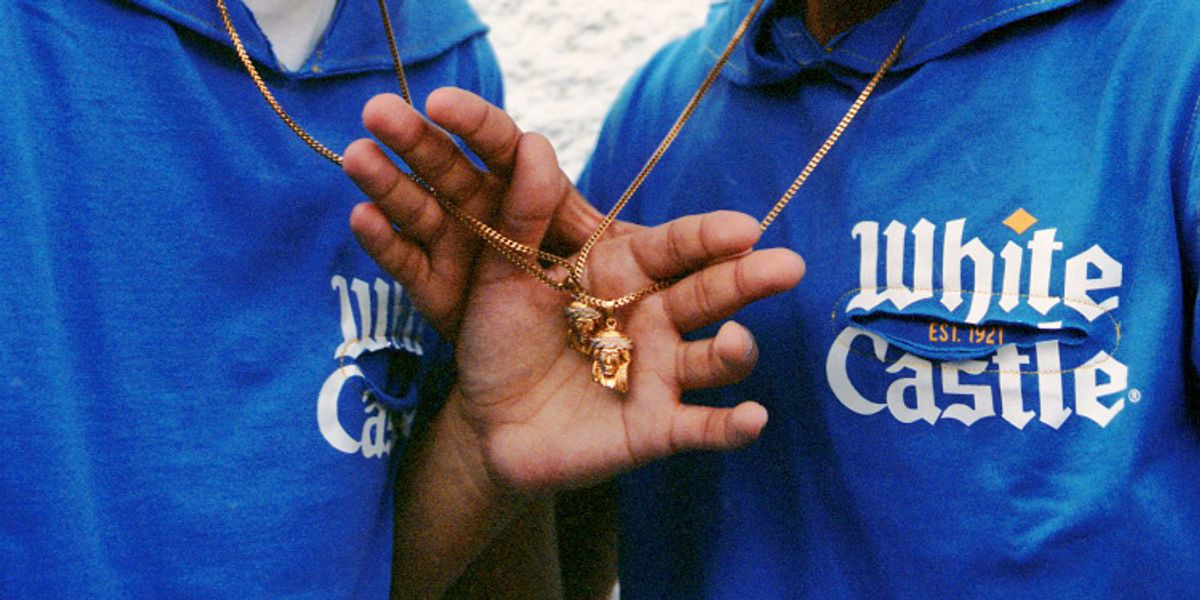 TELFAR, the clothing brand synonymous with unorthodox, unconventional and unexpected, is sustaining its known reputation for embracing idiosyncrasy through a recently announced collaboration with White Castle—yes, the burger joint—to design genderless uniforms for its employees across America.

For some, this pairing may sound a bit familiar and that's with good reason, for it's not the first time the two are being associated with each other. Back in 2015, the brand hosted its SS '16 after party at the White Castle in Times Square, making post-party munchies a much more attainable conquest. Little did anyone know that the questionable after party venue would be the start of something new. With that said, it turns out that Telfar Clemens, the founder of his eponymous label, reserves a special place in his heart for the greasy fast food chain, having grown up just a block away from one in Queens.

Clemens mentioned in an interview with The Fader that, "this is not an 'activation.' This is a small, black-owned, genderless line making 12,000 uniforms to dress employees in 400 locations for an American icon. It's actually something real." He furthers his sentiments for the collaboration with the chain in reasoning that the two have a lot in common as "originators;" White Castle having "invented fast food in the 1920s," and TELFAR practically doing what they're doing today.

The unisex uniforms, a redesign from one of TELFAR's runway looks, will go into full affect starting this month. The project is paired with a series of portraits that photographer Jayson Keeling took of White Castle employees in their new ensembles. Make your way to a White Castle near you for a glance at the collaborative garments and an order of chicken rings.