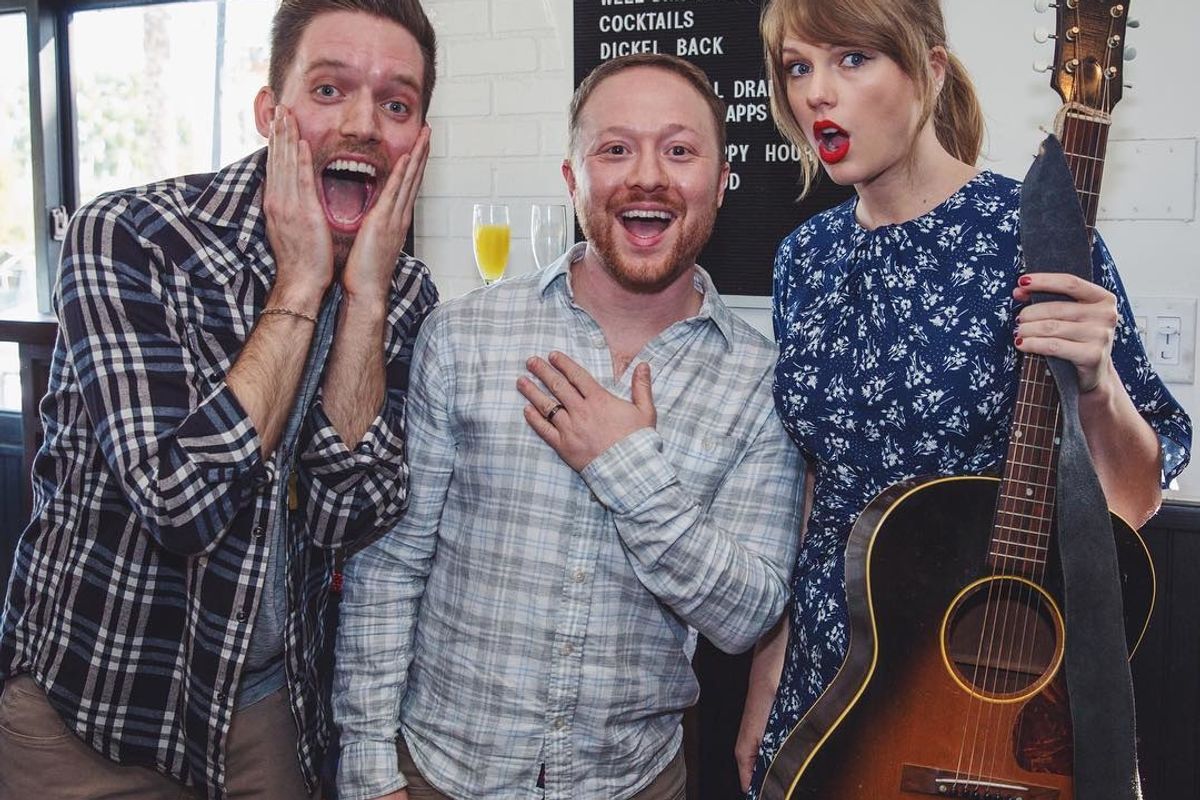 Major Swiftie Alex Goldschmidt proposed to his boyfriend Ross Girard on a mountain with a gorgeous view, and they are now officially engaged. What made their engagement even more "Gorgeous" was the surprise that awaited the couple at their engagement party.

According to E! News, Swift said that Alex e-mailed her about his plans to propose. He also mentioned how her song "King of My Heart," from her album Reputation, was special to him and his now-fiancé. She then agreed to surprise Ross, as well as the rest of the couple's friends and family, at their engagement party at the Sycamore Tavern in Los Angeles.

The sweetest part of the surprise was when Swift serenaded Ross, and the crowd, with "King of My Heart." One of the couple's friends Jillian Leff posted a short 40-second video of the moment, saying, "Sorry I don't have more video, I had to stop and soak in the warmth." Watch the video below:

Celebrated the engagement of @rossgirard and @alexandergold today. Everyone needs more friends like them in their lives, because not only was there love in the room, but Taylor Swift performed. Sorry I don’t have more video, I had to stop and soak in the warmth ❤️ pic.twitter.com/q7zErAbPW6

Now, fans are freaking out and calling it the "greatest proposal surprise of all time." Because, I mean, it kind of is?

The greatest proposal surprise of all time?! I would DIE! Congratulations!! 😭❤️ https://t.co/AV1LWP3rPC

imagine bailing on your friends engagement party and being like “ugh I cbf I’ll just see them next week” then opening twitter to see that taylor swift performed there https://t.co/o8fTdInPVC

Me when @taylorswift13 catches me off guard singing an acoustic KOMH pic.twitter.com/bgtehYyoOQ

Imagine Taylor Swift like.... showing up and singing purely because you asked her to... what a dream