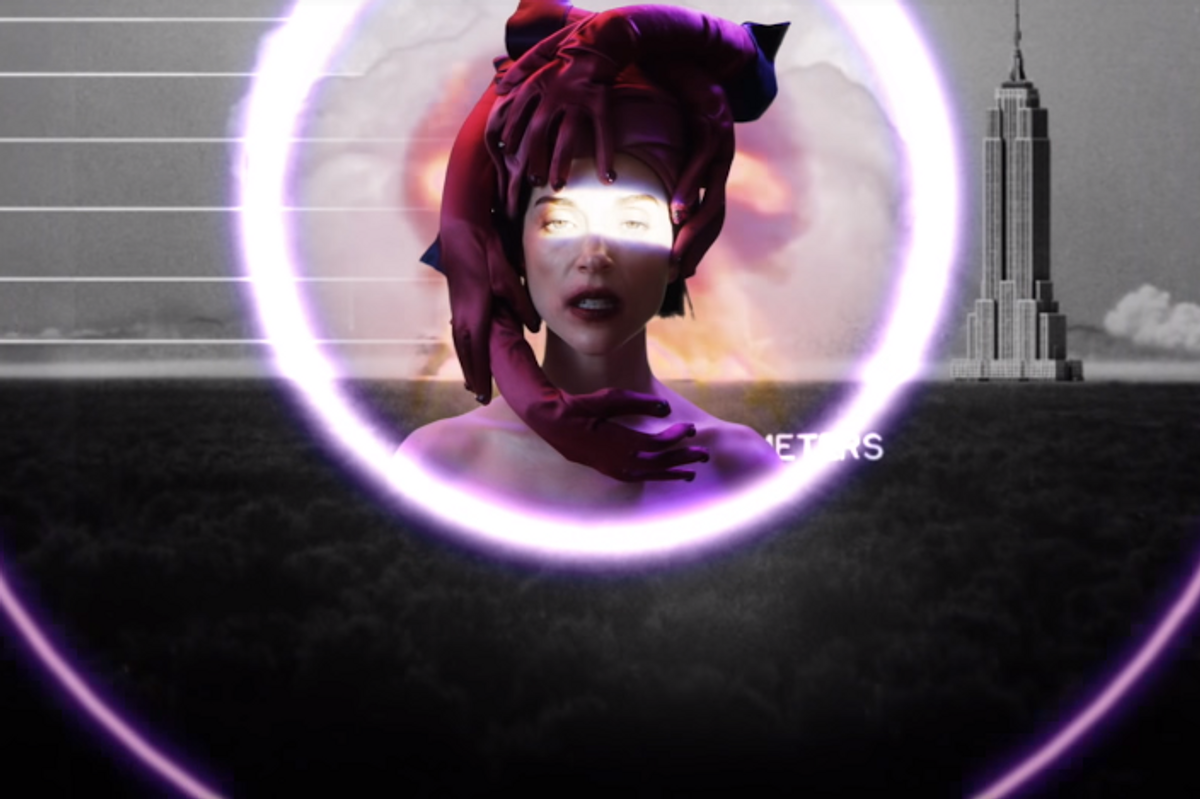 Some experimental pop stars just want to watch the world burn. St. Vincent, for example, has shared a brand new video for her eternally good 2017 track "Masseduction" in which she does just that. It's nuclear explosions in the background, Annie Clark plus some dancers in the foreground. Turns out the apocalypse is surprisingly chic.

Why release a new video now? Well, St. Vincent just mass-seduced a whole new audience at the Grammys last night, dueting with Dua Lipa and mashing up her 2017 album's title song with "One Kiss" to glorious effect. This clip is presumably her way of winking hello to all those Dua fans Googling her name for the first time.