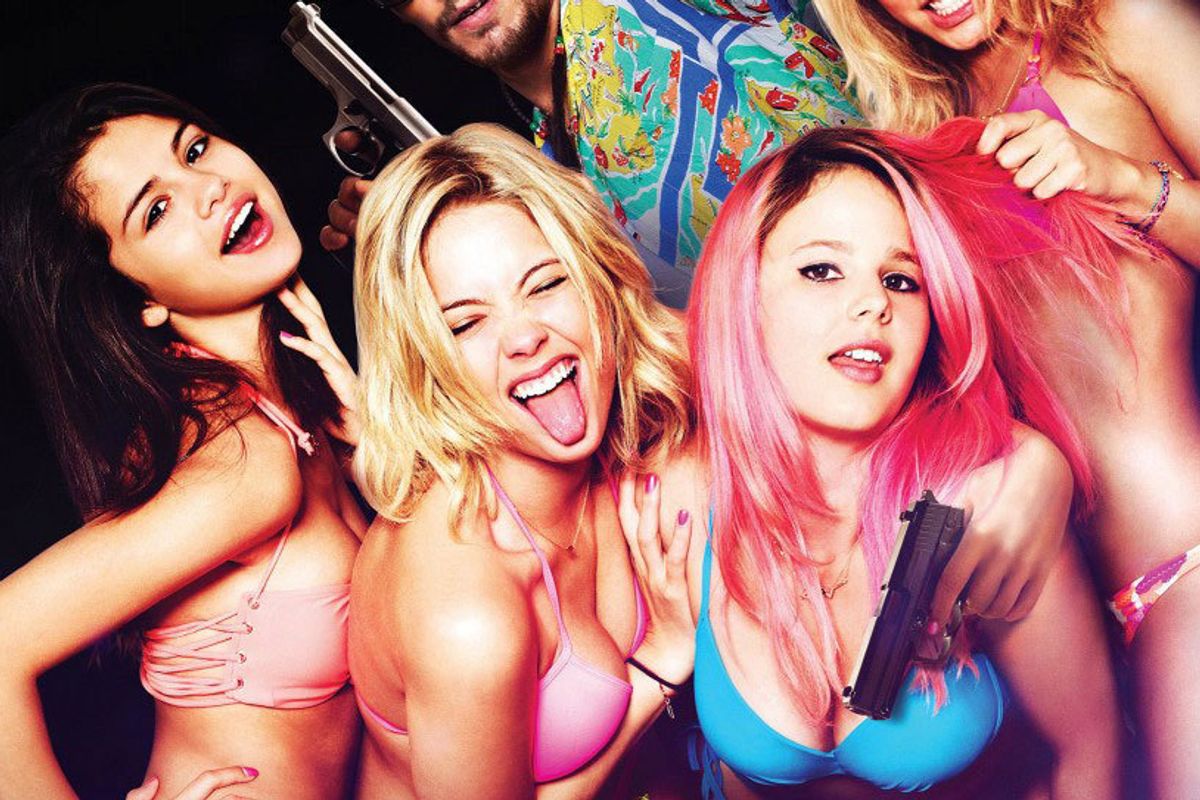 Spring Breakers is Headed for an Insane TV Series

The series will be based on Korine's film of the same name. Korine, however, won't be involved. The film's producers Chris Hanley and Fernando Sulichin will be bringing their take on the kamikaze teen comedy to a new streaming service named Blackpill, which is set to launch later this year. There is no word yet whether any of the original cast will be involved.

When it was first released, Spring Breakers polarized audiences as venerated Disney alums Selena Gomez, Ashley Benson and Vanessa Hudgens were thrust into the roles of sexualized teens who abandon their morals on a spring break trip to St. Petersburg, Florida. Franco plays drug dealer-cum-father figure Alien who gives the four girls a crash course in gang life. The debauchery escalates when the girls rob a restaurant. Franco was praised for his dedication to the role (and his cornrows).

Two years ago, a Spring Breakers sequel was in the works with Jonas Akerlund on board to direct and Irvine Welsh (Trainspotting) set to write. It was quickly shelved, as Franco took to Instagram to denounce the sequel, writing: “This is not being done with Harmony Korine or my consent. The original was wholly Harmony's creation and these producers are capitalizing on that innovative film to make money on a weak sequel. I want everyone to know that whoever is involved in the sequel is jumping on board a poison ship. It will be a terrible film, with a horrible reason d'être: to make money off someone else's creativity."

It's unclear whether or not this new series has Korine or Franco's blessing. Blackpill hasn't revealed any further details about the TV series but will use an “unconventional digital format" for the show.

Splash image via A24.