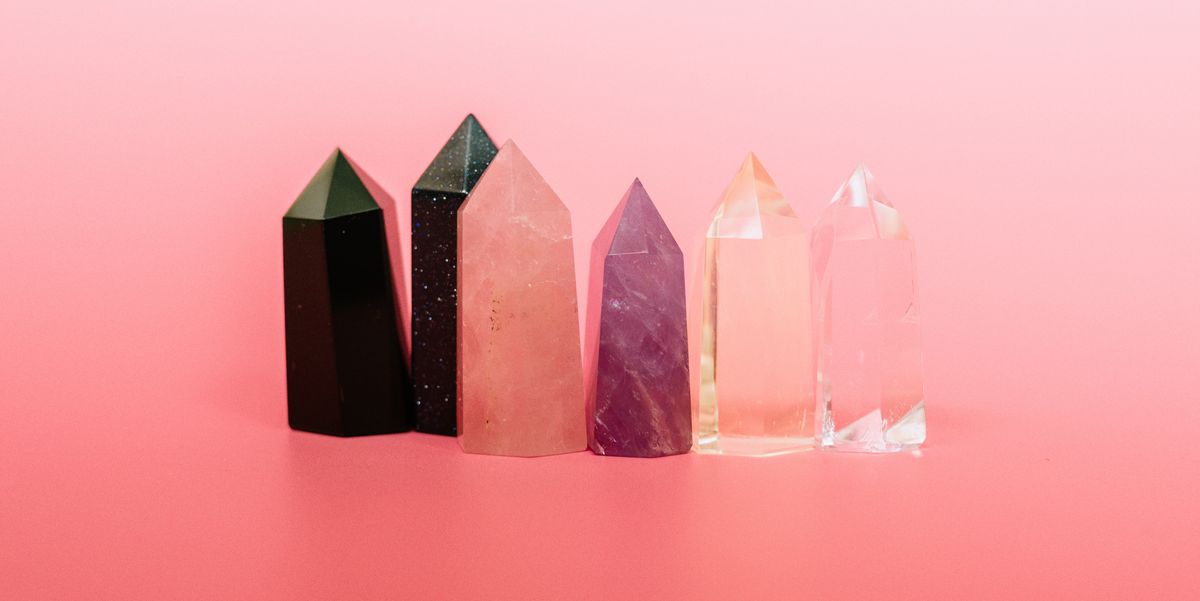 For some people, seeing a psychic happens jokingly after three vodka shots at 3 AM. That's not my case. Since 2014, I've been going to the same tarot reader at the House of Intuition in Echo Park for all my spiritual needs: affirmations, clarity, reassurance, and most importantly, life direction. While I'm perfectly capable of making my own decisions on my own, having someone metaphysically in-tuned tell me everything will be fine calms me.

Spiritual therapy is what I call it.

When AHS: Coven first released, nobody knew that seven years later there would be over one million posts tagged #witchesofinstagram on Instagram. Urban Outfitters now sells solstice bath sets that come with the purifying palo santos, healing crystals, and perfume infused with spiritual blessings and crystals. Vogue recently published a beauty piece with recommendations from a witch. Even retailers like Nordstrom have joined in, selling the popular ~witchy~ brand Herbivore. In an era where atheism is thriving, Satanists are combatting with Christians over moralistic disagreements, and Texas public schools are debating whether creationism has a place in academia, it makes sense that America's youth is so interested in spirituality.

The question is why? What made this generation suddenly obsessed with buying 15 dollar magic candles, tarot cards, and spraying their faces with rose quartz mists?

Metaphysics have long been misunderstood in a primarily Judeo-Christian environment. When you bring up the words occult, tarot, and magic, people will probably think of a Disney-archetype — witches tossing frog eyes in some green potion. When the Harry Potter series first launched, it prompted Christian activists to burn the books in fear of their children being exposed to demonic energies. Even AHS: Coven, which did a great job of referencing historical metaphysical figures, still relied on dramatic spell-work that any true hoodoo practitioner would find comical. Witchcraft and the occult are largely reduced to silly hobbies that we only discuss around Halloween.

In 2018, virtually all the information in the world is available online. Google, Wikipedia, and Quora are just some of the many websites where you can find information from "How to bake the perfect cheesecake" to "Does this bump on my face mean I have cancer?" You have a question, and somebody's got an answer. And really, who likes being in the dark and not in-the-know? With the current job market still struggling, and 44% of college graduates working in jobs not requiring higher education, our generation is still trying to find fiscal stability and a stable future. In the midst of all this uncertainty, suddenly coming across crystals and centuries-old practices which can promise you prosperity and full control over your life seems too good to be true. New-age spirituality sells because it gives the user a sense of control in this über-volatile job market, dating scene, and the current clusterfuck we call politics.

Worried your crush won't call you back? Burn a pink candle infused with loving intentions during the full moon to bring him back in.

Not sure if you'll get that new job? Call a tarot reader for a month-by-month overview of your life.

Unsure if you're grounded enough during Mercury Retrograde? Carry a sachet of moon-charged crystals to ward off bad energy.

Don't get me wrong, I fully believe in metaphysics and energies outside of our understandings (My reader told me six months in advance the exact names of people whom I would meet in Manhattan), but I'm also aware that my environment had a huge influence in my search for clarity. And I'm sure I'm not the only 20-something year old looking for answers. Capitalism was simply smart enough to jump on the bandwagon is all.

As for myself, I still go to my reader every three months for a reading. He's one of my ultimate confidantes, counselors, and most importantly, friends. Sometimes a 45-minute tarot session is more reassuring than listening to my therapist give me an hour-long lecture about breathing techniques and being ~mindful~. Maybe it's real, maybe it's a placebo — who knows, and in all honesty, who cares? It brings us joy, and that's all that matters.

So if spraying your hair with rose-infused crystal water helps you tackle this crazy thing we call life, then go for it. Besides, it's all about intention.