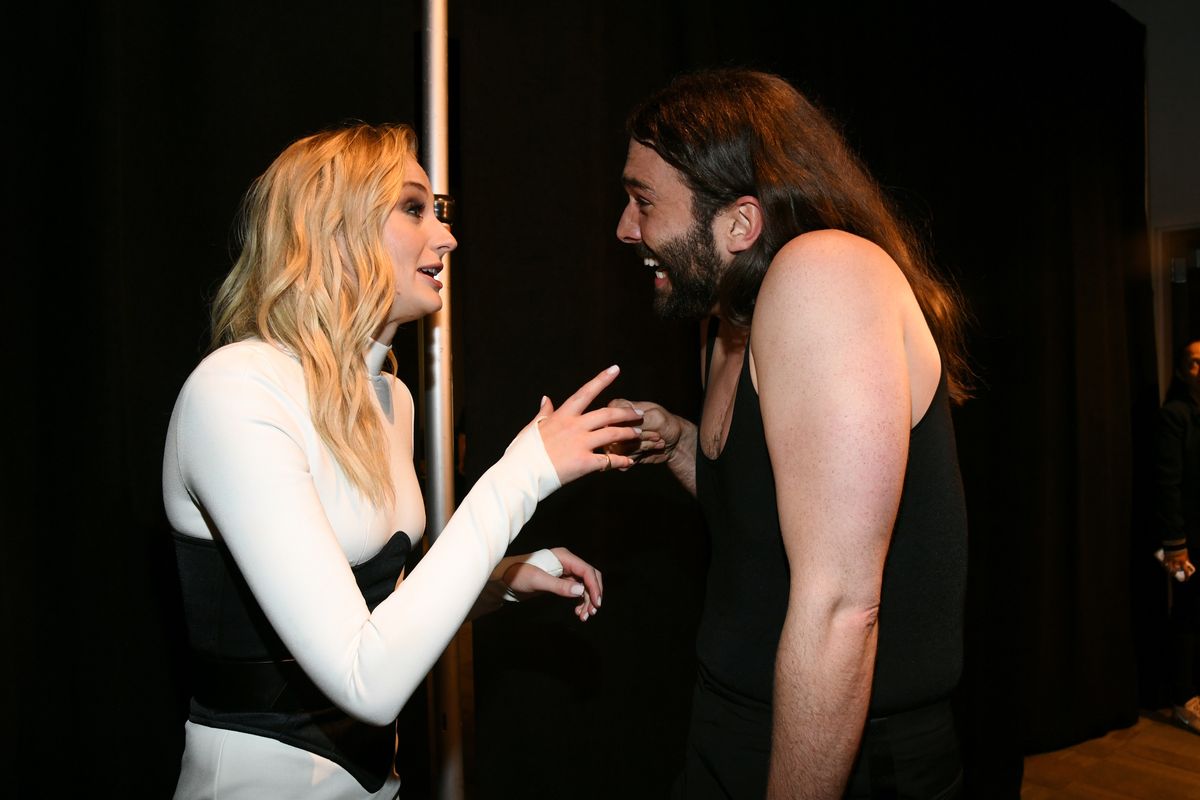 Jonathan Van Ness and Sophie Turner have met at last, in what can only be described as a prophecy-fulfilling moment.

Though the meeting was likely inevitable, the notorious GoT superfan and Gay of Thrones host was finally able to rub elbows with the Queen of the North herself last night at the 2019 MTV VMAs.

In backstage footage captured of the emotional meeting, Van Ness and Turner both took turns gushing over each other in between hugs.

"I love you so much oh my god," Van Ness told Turner, before congratulating her on her "gorgeous summer" and saying he was "so happy" for her character's ending.

For her part, Turner also enthusiastically reciprocated the love and even dragged her husband, Joe Jonas, over to meet Van Ness.

Needless to say, it's an adorable moment that we can't help but watch over and over again. See it for yourself, below.

.@SophieT meeting @jvn for the first time is the most iconic thing to exist on the internet rn 💕 pic.twitter.com/5sTwgWyLuw