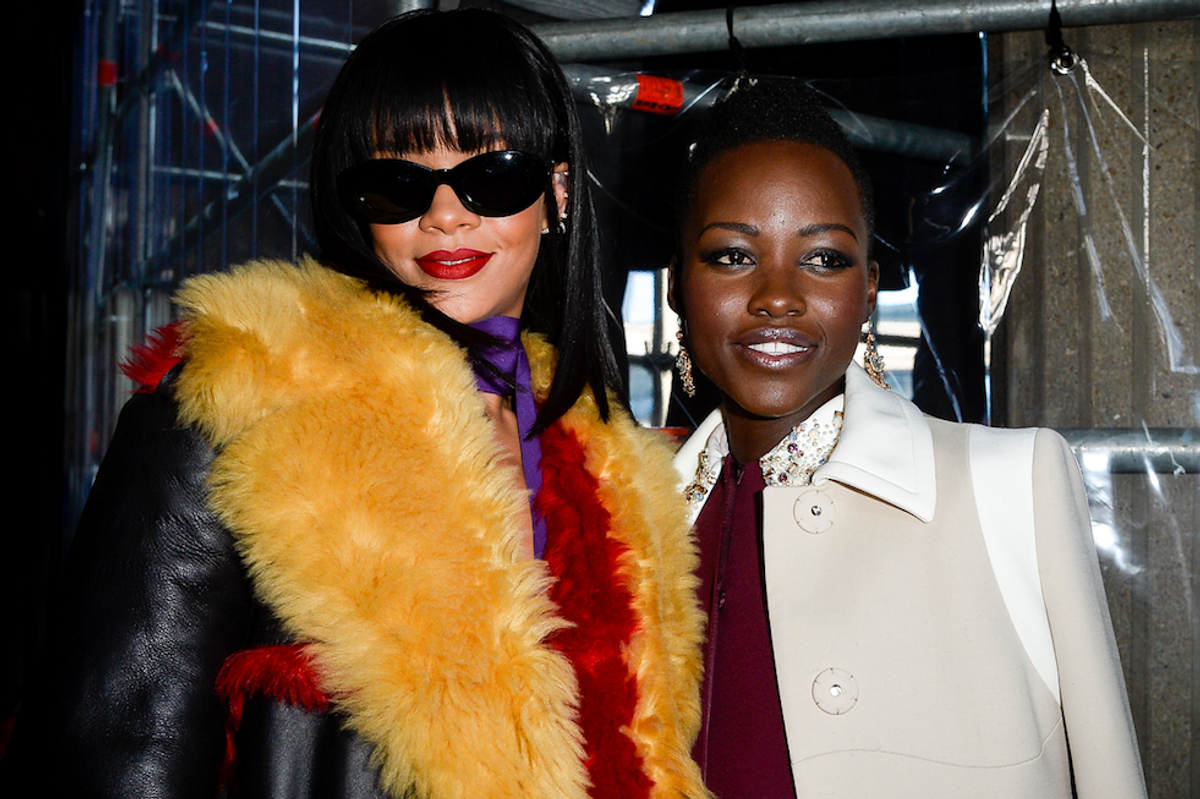 Remember when this pic emerged of Lupita and Rihanna sitting in the Miu Miu front row at Paris Fashion Week and it subsequently went viral?

Then one savvy Twitter user jumped on board, saying the two look like characters in a buddy film about defrauding rich men, à la this banger.

Well now it's happening. Actually, happening. The Internet's picks for the hypothetical film's director Ava DuVernay (Selma) and screenwriter Issa Rae (Insecure) are also on board, while Netflix reportedly aggressively outbid other competitors for the rights.

According to EW, production is set to begin in 2018 and Issa Rae has already set about writing the script. Happy days!

Let's pray WHOOPHERASSKOURTNI gets a cut.