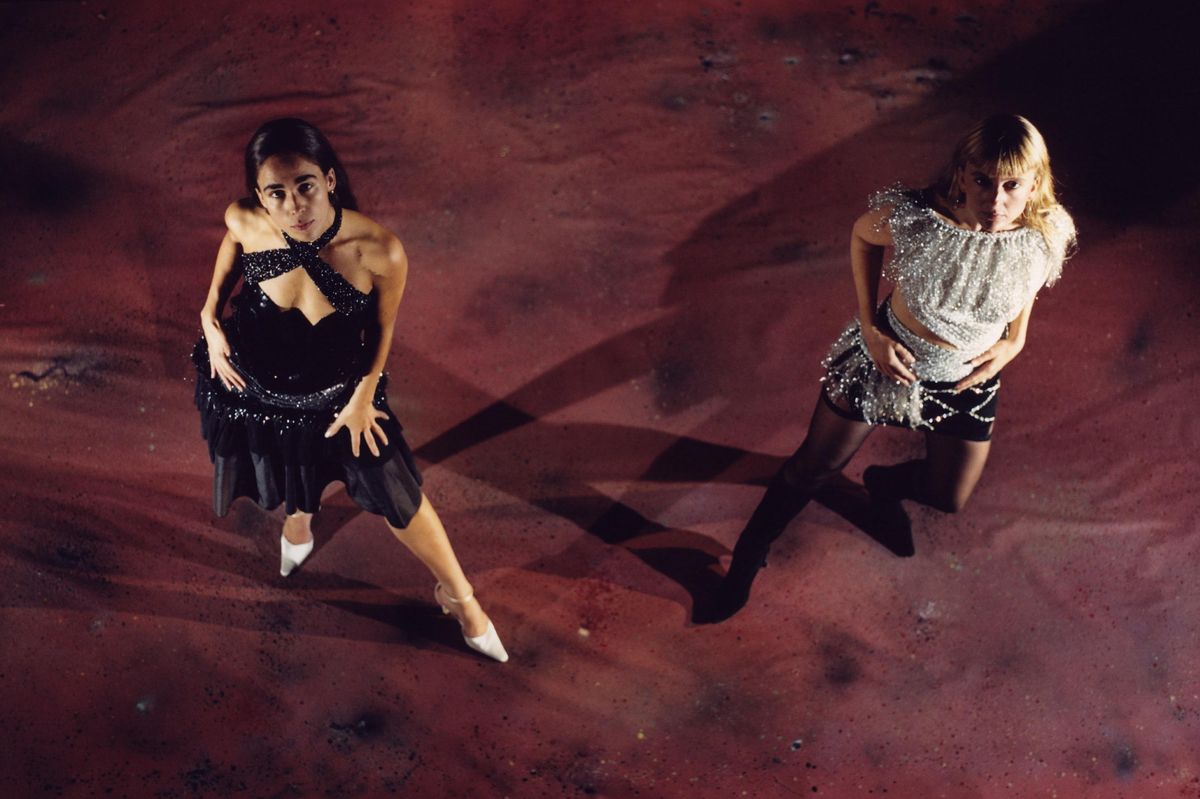 Smerz Makes a 'Believer' Out of Us

Norwegian experimental synth pop duo Smerz has returned to see us through the remainder of winter with their newly announced debut album, Believer.

Smerz's Henriette Motzfeldt and Catharina Stoltenberg first teased their return late last fall with a trailer for the project, featuring choral single, "The favourite," and its spoken word companion, "Rap interlude." They soon followed this up with the trance-y "I don't talk about that much" and pastoral string-driven, "Hva hvis." Along with the announcement, Smerz has shared the title track off the upcoming album, the swirling, feedback churning "Believer."

Related | Smerz Is Back, Let's Get Weird!

The new track arrives alongside another visual from the project that carries on in the same vein of Scandinavian art house film as the previous two videos. A strange mix of bucolic surrealism with a folkloric mysticism, the "Believer" clip sees Stoltenberg navigating an artificial woodland environment as Motzfeldt gazes down from a crescent moon with feathers falling like fresh snow.

Having relocated from Copenhagen back to their native Oslo, Believer sees Smerz explore Norway's cultural and artistic history in a way that blurs the line between fairytale dreamworld and their own personal reality. "The lyrics for this song were written over a period of almost two years," they explain in a press release. "So it ended up having a natural development parallel to our lives."

Watch the official video for Smerz's "Believer," below, off their debut album, out February 26th on XL.