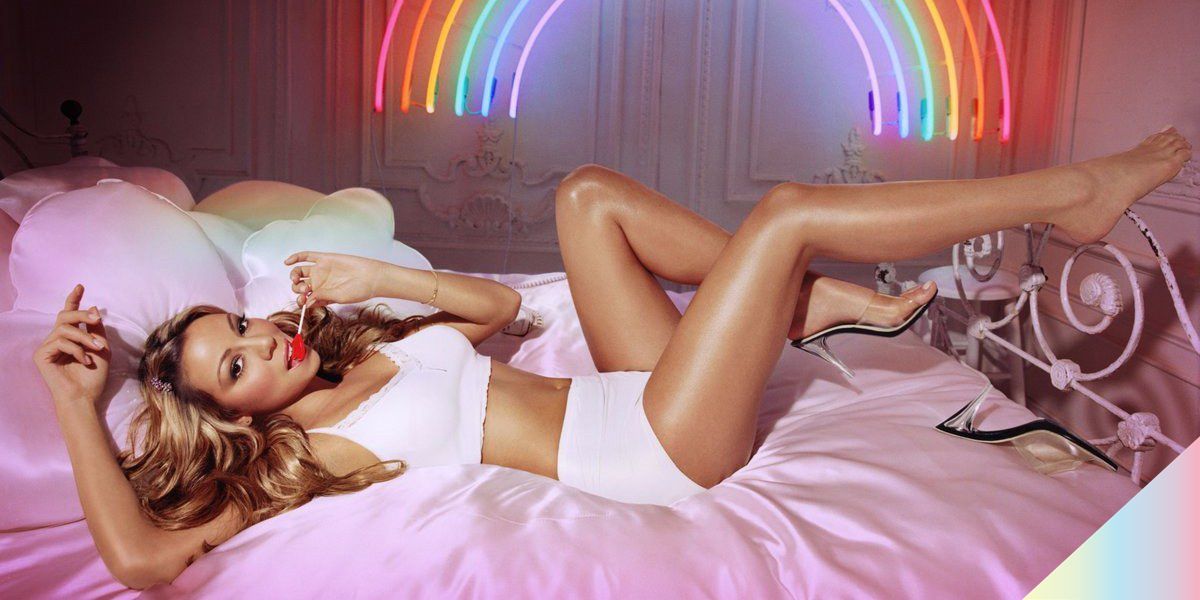 When she's not showing off her own legendary vocals, Mariah Carey is known to be a vocal, proud ally of the LGBT community, having received the Ally Award from GLAAD for her awareness efforts just last year. This morning, she stepped her support up a notch by unveiling a new collection of Mariah merch created specifically for the LGBT community, destined to be worn at Pride celebrations around the world.

Mariah Pride consists of a range of t-shirts, hoodies, and sweatpants, along with a couple of adorable phone cases, most of which were naturally inspired by imagery from Mariah's 1999 album Rainbow. Appropriately, rainbows are plastered everywhere, including a neon-lit rainbow sign in a rarely-seen photo from the era. A portion of proceeds from sales of the collection will be donated to GLAAD, one of the most prominent charitable forces in the LGBT community. While we expect to see all the gays in the tanks at Pride parties, a matching hoodie-and-sweatpants combo for the gym should also be on your list. It goes to a great cause, after all.

Shop the collection now, and see select pieces below.