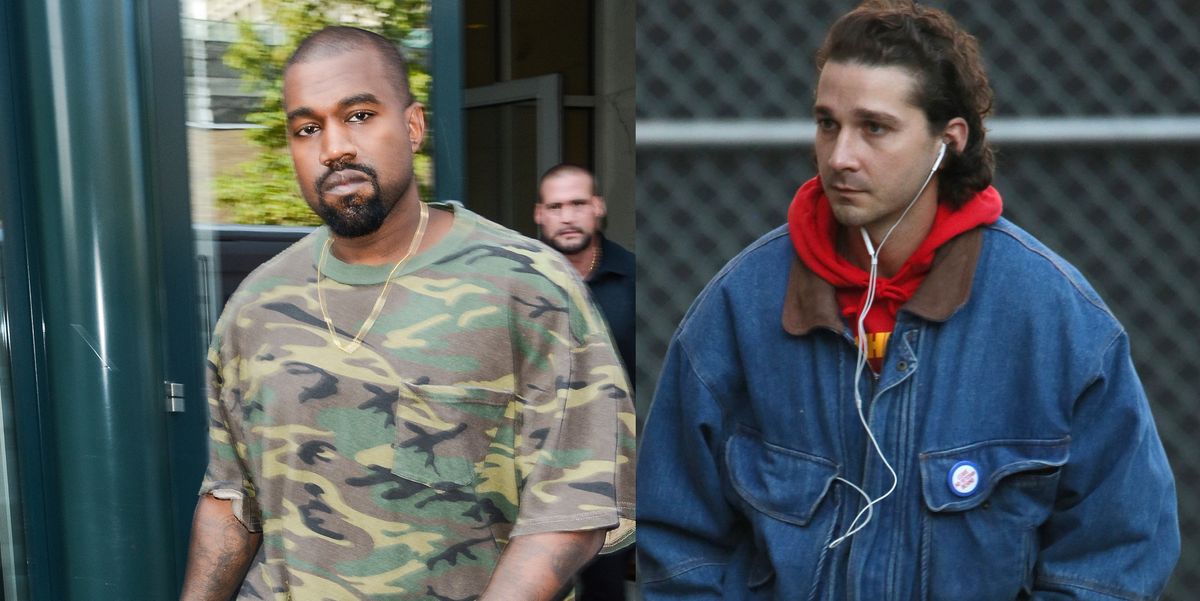 In a new Esquire cover story, Shia LaBeouf delved into his complex relationship with none other than Kanye West.

Back in 2016, West went into one of his signature on-stage digressions, this time shouting out the Transformers star during the at a Sacramento show: "Shia LaBeouf, Kid Cudi feels a way. Give him a call."

Addressing that incident, LaBeouf told Esquire, "I fucking love Kanye West." He says he tried to reach out after that show, but that Ye is "going through a lot. And I don't know where he's at or what he's doing."

He then revealed that at one point, West obtained a ton of LaBeouf's clothes, of all things. West has openly admired the actor's closet before, rapping "I wish I dressed as fresh as Shia LaBeouf" on a "No More Parties in L.A." outtake, and apparently when the two met up to discuss an art collaboration, the rapper asked LaBeouf if he could take some of his clothes for a pop-up shop.

"Around the same time, I took my mother to his concert," LaBeouf said. "She is, of course, obsessed with Kanye West. When I brought her backstage, he was a fucking sweetheart to her. And it just felt fair. So I'm like, 'Go for it, my guy. Take everything you want.' And he did. He took all my fucking clothes."

The two have since lost touch. Last May, Yeezy was seen sporting a hat that looked exactly like one LaBeouf wears (or at least, used to).

Kim says that the hat was gifted by LaBeouf, who can confirm at least this much: "The dude has a lot of my shit."

Shia gave him the hat & its his favorite hat. There's a whole story behind it though. That hat is 🔥 https://t.co/kNCoOXz6RT
— Kim Kardashian West (@KimKardashian) June 5, 2017