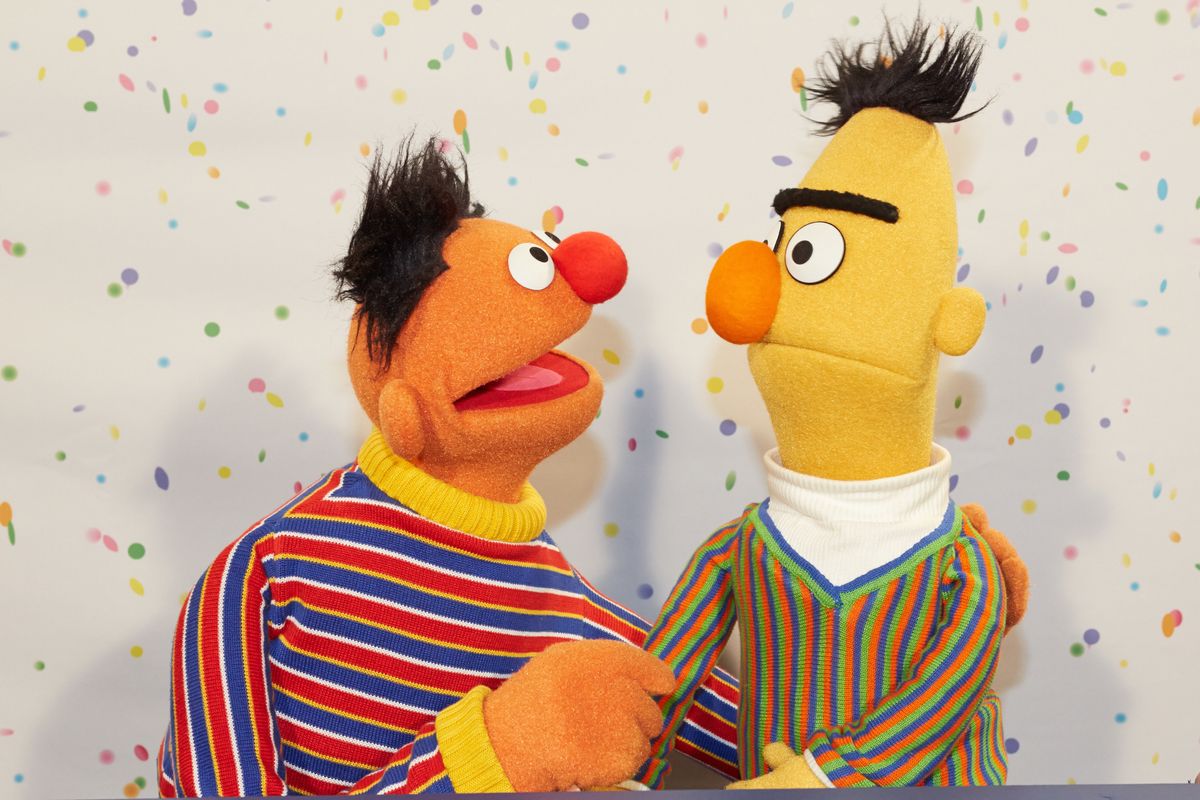 'Sesame Street' Denies Bert And Ernie Are A Couple

The internet went wild when former Sesame Street writer Mark Saltzman confirmed what we always kind of knew anyway: beloved Muppet duo Bert and Ernie are a romantic couple. And while working for the show in the 80s and 90s, he wrote their scripts with that in mind.

Not so fast, though: it would appear Sesame Street isn't happy about Saltzman outing the two characters. In a statement posted on Twitter today, Sesame Workshop tried to shove the two muppets back in the closet, and even denied that Muppets have sexual orientations in the first place. What would Miss Piggy and Kermit have to say about that?

Veteran puppeteer Frank Oz (known for his work on Sesame Street, where he played Bert until 2001, as well as Star Wars) also seemed annoyed about Saltzman's interview. "It seems Mr. Mark Saltzman was asked if Bert & Ernie are gay. It's fine that he feels they are. They're not, of course," he wrote. His logic is a little hard to follow:

Whatever the official line from Sesame Street is, the denials come too late. Saltzman is pretty clear in the interview: Bert and Ernie were based on his own relationship with former partner Arnold Glassman –– they even shared physical similarities with the real life couple.

Either way: if you've been shipping it since childhood, there's no need to stop now.