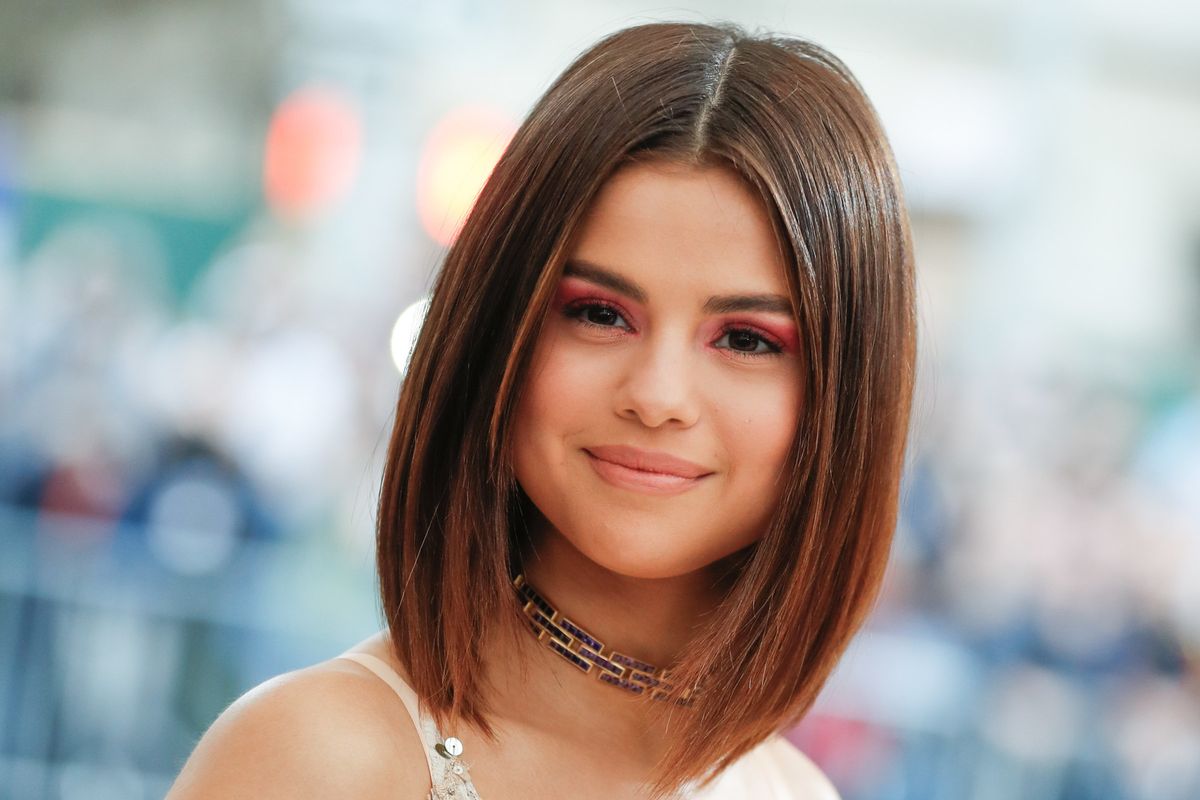 Selena Gomez Was 'Terrified' of Following Up 'Revival'

Today, Selena Gomez released "Back to You," a track produced by Ian Kirkpatrick, who also produced "Bad Liar." The song finds Gomez desperately yearning for an old flame, while the meta music video shows her wearing a retro orange top and white skort to an outdoor photoshoot and donning a glittery, feather-sleeved dress while flirting with a mysterious, blonde man. (Could Justin Bieber be the visual inspiration?)

The song, which is on the 13 Reasons Why (Season 2) soundtrack, is her first release of the year. It's also the first song she made specifically for the show, for which she is an executive producer. The show's soundtrack also includes songs from Lord Huron featuring Phoebe Bridgers, Billie Eilish featuring Khalid, and OneRepublic featuring Logic.

She debuted the song on Zane Lowe's Beats 1 show and talked about how excited she was about the new release. She also addressed the prospects of a new album, which she said she's finishing up. The follow-up to 2015's Revival may take a while to make it to the world, though. She said, "There's no date, there's no idea for it, but I have a lot of music that I've collectively put away. I have so many exciting things coming. It just feels like it's my time and it's at my pace. I'm not trying to throw a bunch of music in people's faces until I'm ready."

Gomez added that part of the reason she's taking her time is because she feels pressure to improve upon her last album, and that improvement only comes with time. She said, "This has been building for maybe two years. I was really happy with Revival, but at the same time, I was terrified of doing another record. Because for me, it could be like it was a step down or I needed to beat that record, and I think every artist kind of struggles with that. So I waited. I wanted it to be great, and had I not waited a good year or two, I wouldn't have had the best songs I've ever had."

Gomez's releases last year signaled a turning point in her musical career and left fans excited for more. "Bad Liar" was a humming and addictive interpolation of Talking Heads' "Psycho Killer," and "Fetish," the track with an ethereal Petra Collins-directed video, was longing and evocative.

Listen to "Back To You," below: