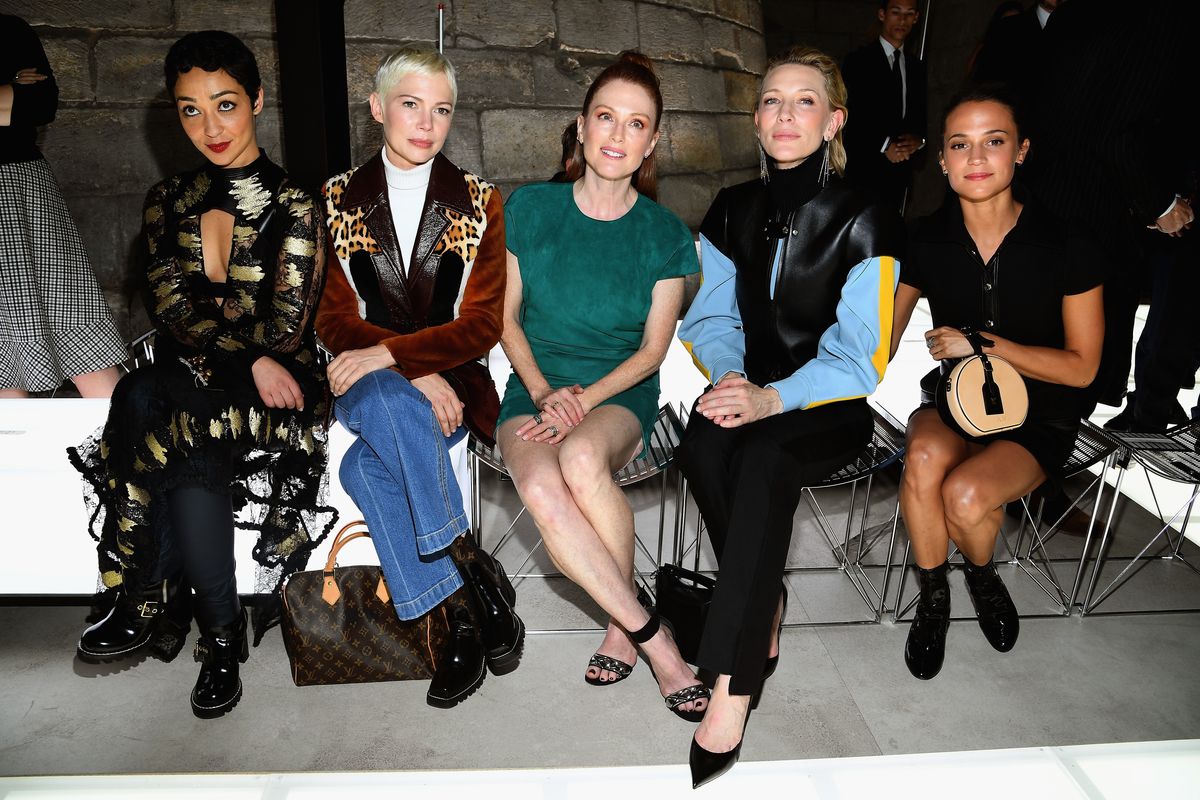 Paris Fashion Week, and therefore SS18 Fashion Month, has come to an end — but not without a bang. The final day of PFW had shows from Chanel, Louis Vuitton, and Miu Miu, arguably the most classically French shows of the week, which attracted some of the biggest stars of the planet to the front row. The Louis Vuitton front row had Cate Blanchett, Julianne Moore, Michelle Williams, Ruth Negga, and Alicia Vikander alone. Does it get more iconic than that?

Other esteemed guests included Cindy Crawford, who showed up at Chanel to support daughter Kaia Gerber, and Riley Keough and Jaden Smith, who managed to get one of the most adorable pics together at Louis Vuitton. Fashion Month may be over as quickly as it started, but at least it ended on a very high note. See all of the best pics from the front row below.