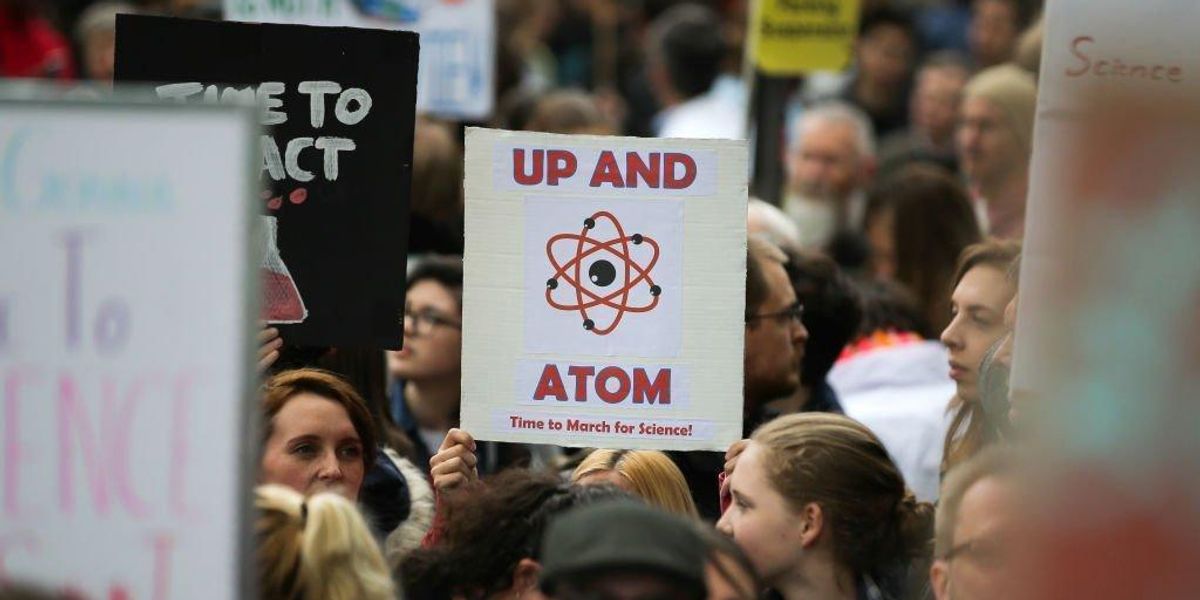 Scientists and Supporters Marched Around the World to Protest Government Interference

Protesters gathered yesterday in over 600 cities around the world to show their support for science and facts. After Donald Trump and his team coined the phrase "alternative facts," while clotheslining vital departments like the EPA and other scientific groups, it became clear to millions that we are living in a time that actively discounts fact.


In a statement on the March's site, organizers stated the point of the march was to "demonstrate our support for science and the fundamental role it plays in serving and improving our society through informed policy. We came from all educational backgrounds, from a rich diversity of human experiences, and from nations around the world: the March for Science reached from the Global South to the North Pole."

And much like the Women's March on Washington, the international March for Science was host to a series of hilarious and clever signs: