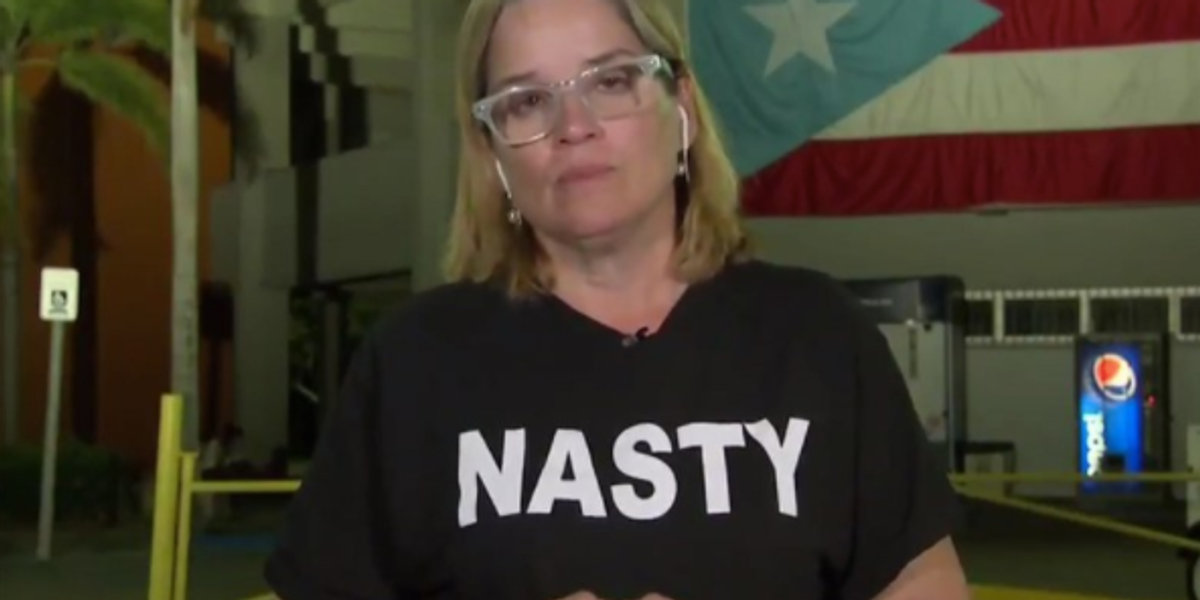 Mayor of San Juan Carmen Yulín Cruz is not backing down after Trump's attempts to silence her via his favorite medium, Twitter. Trump called Cruz "nasty" on Saturday, a day after the mayor said in a press conference, "I am begging, begging anyone who can hear us to save us from dying. If anybody out there is listening to us, we are dying, and you are killing us with the inefficiency." Taking this desperate plea for help as unfair personal criticism, Trump wrote on Twitter the next day that Cruz "has now been told by the Democrats that you must be nasty to Trump."

The hardy San Juan mayor is not one to be silenced, though, and in an interview with Univision on Wednesday she wrote a black T-shirt with the word "nasty" on the front. She acknowledged that the shirt was a direct response to Trump's tweets at her, adding: "When someone is bothered by someone claiming lack of drinking water, lack of medicine for the sick and lack of food for the hungry, that person has problems too deep to be explained in an interview. What is really nasty is that anyone would turn their back on the Puerto Rican people."

Cruz wore a shirt that read "Help us we are dying" during an interview with CNN's Anderson Cooper last week. Desperate times call for desperate measures, and though the situation in Puerto Rico remains dire, the president is clearly not taking it seriously. If painfully simple optics are what is needed to draw attention to a humanitarian crisis, so be it.

To learn how to help Puerto Rico, head to our guide here.