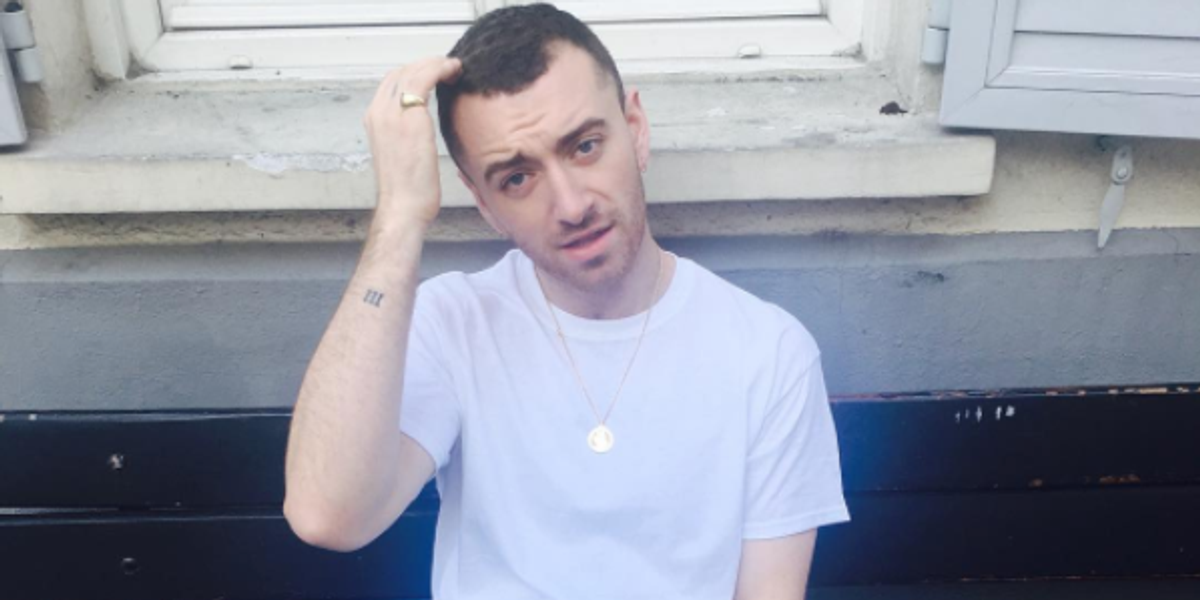 Sam Smith is currently out promoting his upcoming sophomore album, The Thrill of It All, and in a candid new interview with the Sunday Times he opened up about how he feels he is both male and female.

Speaking about his favorite drag shop - House of Priscilla in Sydney - he said, "There was one moment in my life where I didn't own a piece of male clothing, really. I would wear full make-up every day in school, eyelashes, leggings with Dr. Martens and huge fur coats, for two and a half years."

He the added, "I don't know what the title would be, but I feel just as much woman as I am man."

Smith also talked about being "the only gay in the village" before he moved to London, and how being labeled and tokenized influenced his debut album. "I remember, at the beginning of my career, being called a 'gay singer,' and I didn't want that," he said. "I wanted to be seen as a singer first, before people spoke about my private life. And now it's changed—I've changed. I realize that maybe I don't mind that title."

Smith has already released one single off the new album - his first song in two years.