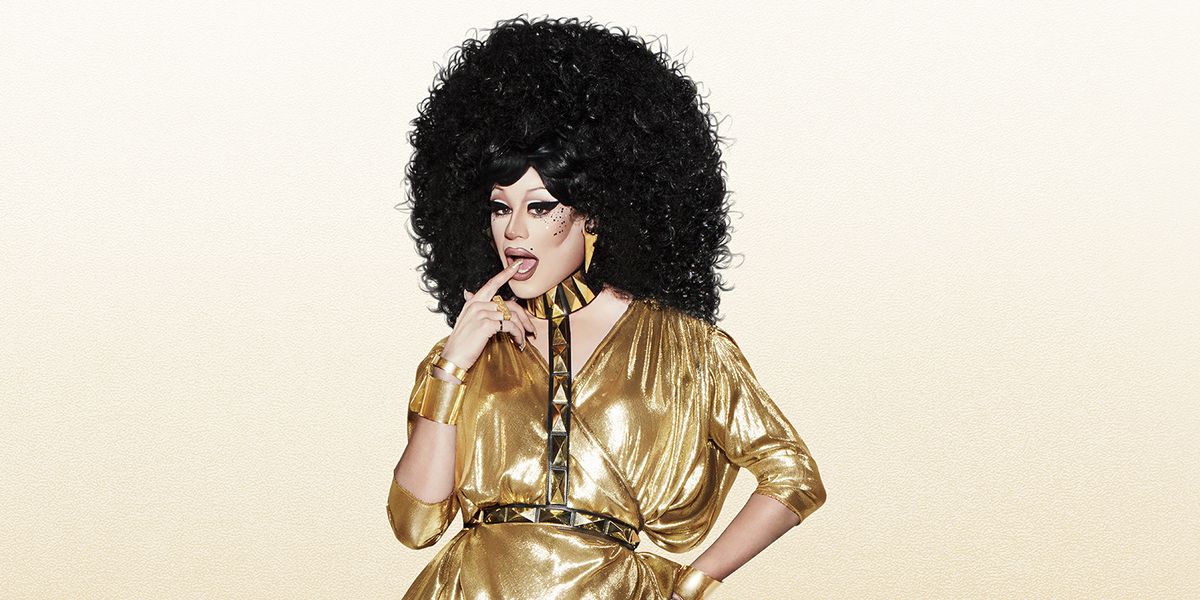 Is it just me, or has the editing on RuPaul's Drag Race become incredibly heavy handed? All reality TV competitions are guilty of transparent editing — there is such a thing as getting a bitch edit, a villain edit, a hero edit. In only two episodes, Drag Race has made it clear who each of these queens are and what the agenda of their Ruturn is. But Drag Race is doing a pretty terrible job of accidentally telegraphing their favorites (Bendelacreme, who I'm honestly terrified is going to win) and their anti-heroes (Milk, who was already getting a bitch edit before she shot herself in the foot this week). In this week's episode, it was clear before the first commercial break that Thorgy Thor would be going home.

There is almost no Drag Race challenge with more varied results than the group lip sync. Some seasons are terrible (season seven's in-flight musical number) while some are exultant (All Stars two's "Bad Girls of Herstory," which I would honestly love to see as an actual musical). Some queens nail the challenge and some fail — and some are set up to fail, which is honestly what seems to have happened with this week's excised diva, Thorgy.

Now that Drag Race is on VH1, they were able create their own version of the channel's iconic special, Divas Live. This was an interesting choice for All Stars, because while embodying an iconic musical diva is one of the hallmarks of any good drag show, it's actually not a skill that's possessed by any of the top queens. Drag Race superstars tend to be performers who are the most interesting when being themselves, not other people, so it's not a surprise that this was a challenging... challenge for many of the girls.

From the moment the challenge was announced and the roles were handed out, it was obvious who was going to have trouble. While all the divas selected for the Rusical are gay icons in their own right, some just naturally inspire more dynamic performances than others — as much as I love Stevie Nicks, she's not quite as gag-worthy to see a drag queen perform as Mariah Carey. Thorgy definitely got the short end of the stick — but she also sealed her own fate with her defeatist attitude — girl, stop talking about Bob the Drag Queen!

Because RuPaul is nothing if not a narcissist — and possibly because there is no way the show could afford the rights to a song by each diva for a single episode — Drag Race's version of Diva's Live featured Ru's greatest hit reimagined in the style of each musical icon. One of the people behind these arrangements was Leland, the artist partially responsible for Troye Sivan's undeniably gay pop smash hit "My My My."

In the grand scheme of Drag Race challenges, VH1 Diva's Live was fun but forgettable, as was this week's runway, where the queens had a chance to revamp and redeem their worst fashion fails. This week was mostly significant for the rampant missed opportunities — if Milk had come out in Celine Dion's unforgettable backwards white suit, she would have absolutely slayed. All in all, this felt almost like a filler episode — so it's fitting that a filler queen went home.

How dare VH1 air an extremely targeted Call Me By Your Name commercial during Drag Race when I'm already feeling gay and vulnerable!

Everyone acting like they were sad that morgan went home was such a LOL.

Trixie only mentioned that she went home twice once this episode!

The burgeoning Chi Chi/Aja rivalry is a great dynamic.

Speaking of rivalries, Chi Chi vs. Milk is great, too.

Todrick vs. Shangela is EVERYTHING! This episode really had the drama!

These girls take less shit from people like Todrick because they're already famous and have already been through Drag Race. They challenge him in a way girls on regular season would never dare to do.

Trixie's cackle is so haunting!

$100,000 is absolutely worth losing a relationship. Honestly there is no one I wouldn't cancel.

Thorgy on Stevie Nicks "She's not a witch, she's an eccentric Gemini." I screamed!

Todrick is one shady lady. "We gave our wind machine to Beyoncé."

Shangela vs Milk! So many nemeses!

I fully cannot with Shangela.

Chi Chi out here on the runway looking like a Katy Perry backup dancer.

Trixie on Kennedy: "It's your grandpa in a wig!" Trixie really has all the jokes!