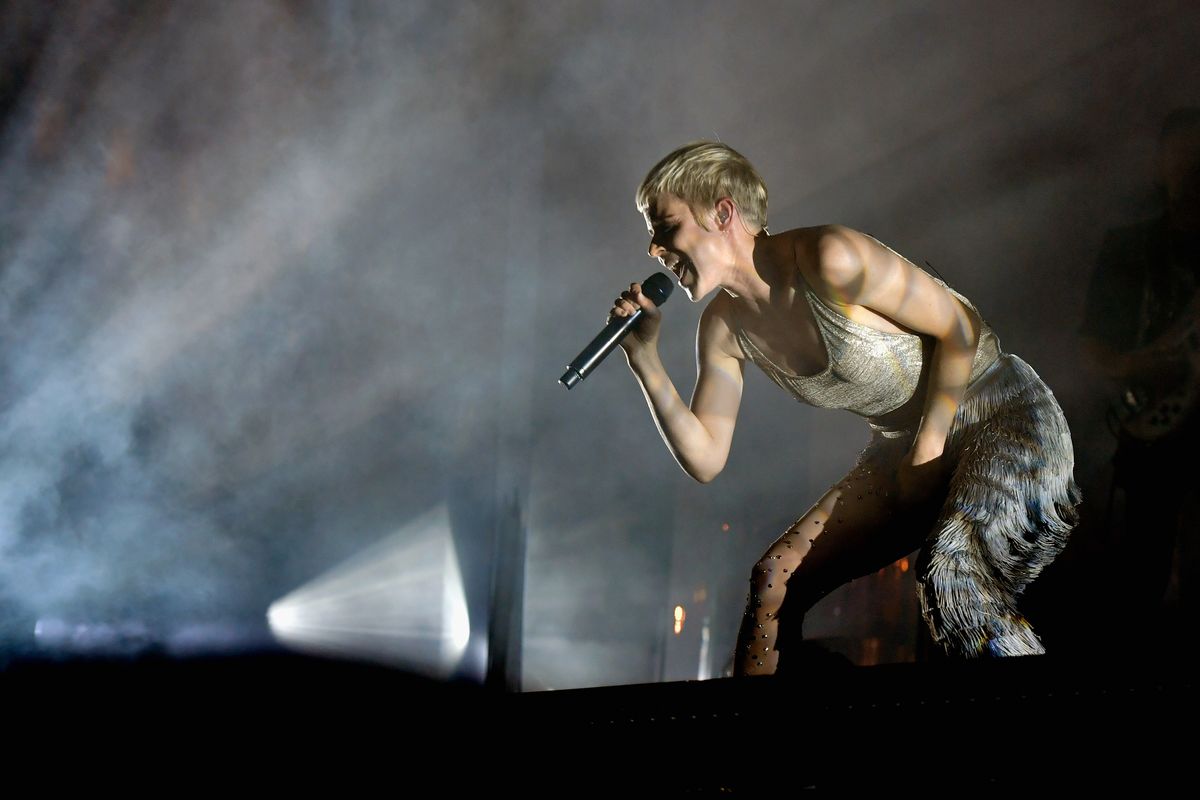 The anticipation over Robyn's first album in eight years has been steadily mounting and is now reaching a fever pitch as the release date for Honey draws closer and closer.

Having teased the album's title track in the season finale of HBO's Girls earlier this year and then swooping in just in time to save the end of summer with her crying-under-the-discoball-thinking-about-my-ex anthem "Missing U," Robyn is back in peak form. The singer took to Instagram today to reveal the tracklist for the Honey which includes nine tracks, including the two previously teased this year, and is set to feature Swedish pop singer, Zhala.

With track titles like "Beach 2K20" and "Baby Forgive Me," it looks like this album is going to make us jump up and down on our beds and leave us emotionally devastated. The album comes out in just over a month, October 26th, which, if we're being real, still isn't enough time prepare ourselves and, simultaneously, can't come soon enough.

"I've had it ready for months, so strange how it came together even before all the songs were finished," Robyn remarked in her post. "Never had that happen before; more or less in the order I wrote them."

Check out the full tracklist for Honey and pre-save the album here: