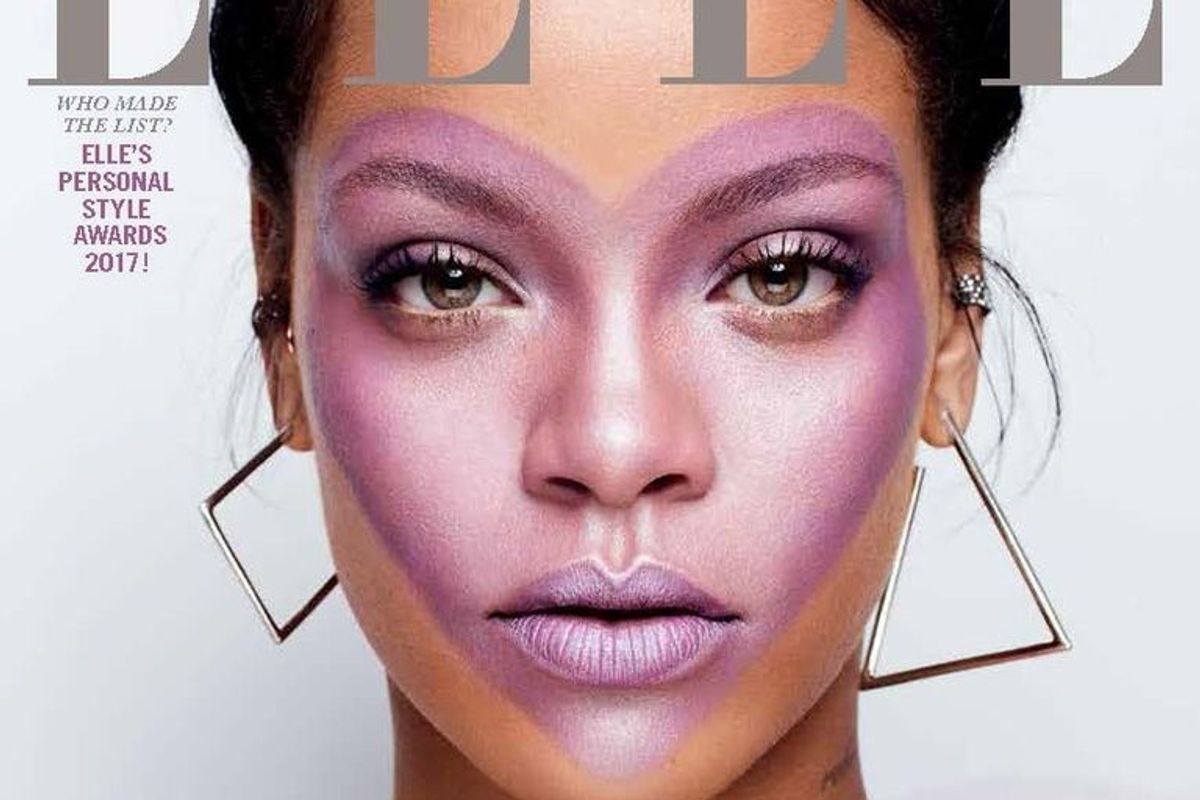 In what might be the most bizarre pairing of all time, ELLE had legendary magician David Copperfield ask Rihanna a question and her answer can only be described as...very much up for interpretation.

To promote the launch of Fenty Beauty today, Rihanna appeared on the cover ELLE fully beat with her own glorious products. The superstar is famous for avoiding interviews, so in order to still get a little original content from Queen Rih, the magazine recruited some of the biggest names in pop culture to each ask her one question they've been dying to know the answer to.

Enter David Copperfield, whose exchange with Rihanna went like this:

David Copperfield, Magician: I'm not kidding, this is a real offer: I can make you disappear and reappear anywhere in the world. Where do you want to go, and why?

Rihanna: Ten minutes before I lost my virginity…and I'm holding you to that offer. LOL.

Although it doesn't seem like Copperfield was offering time travel (it seemed to be more of a teleportation situation), Rihanna really jumped at the chance to either rewrite or relive a very memorable moment in her past. Whether she regrets the way things went down, or she's just nostalgic for the moment, this is likely as relatable as Rihanna, our queen and savior, is ever going to get.

Except for maybe her response to Laverne Cox, which honestly deserves to be framed and preserved for all of eternity.

Laverne Cox, Actress: You've had so many iconic fashion moments and take so many risks. The iconic CFDA Awards Adam Selman dress in 2014—what gave you the courage to take that risk that was so perfect and elegant yet daring?

Rihanna: Dear Laverne, I took advantage of my titties before they go south. I saw my window, and I took it.

Head over ELLE to read a couple of the other questions the magazine had for her.

Thank you and goodnight.