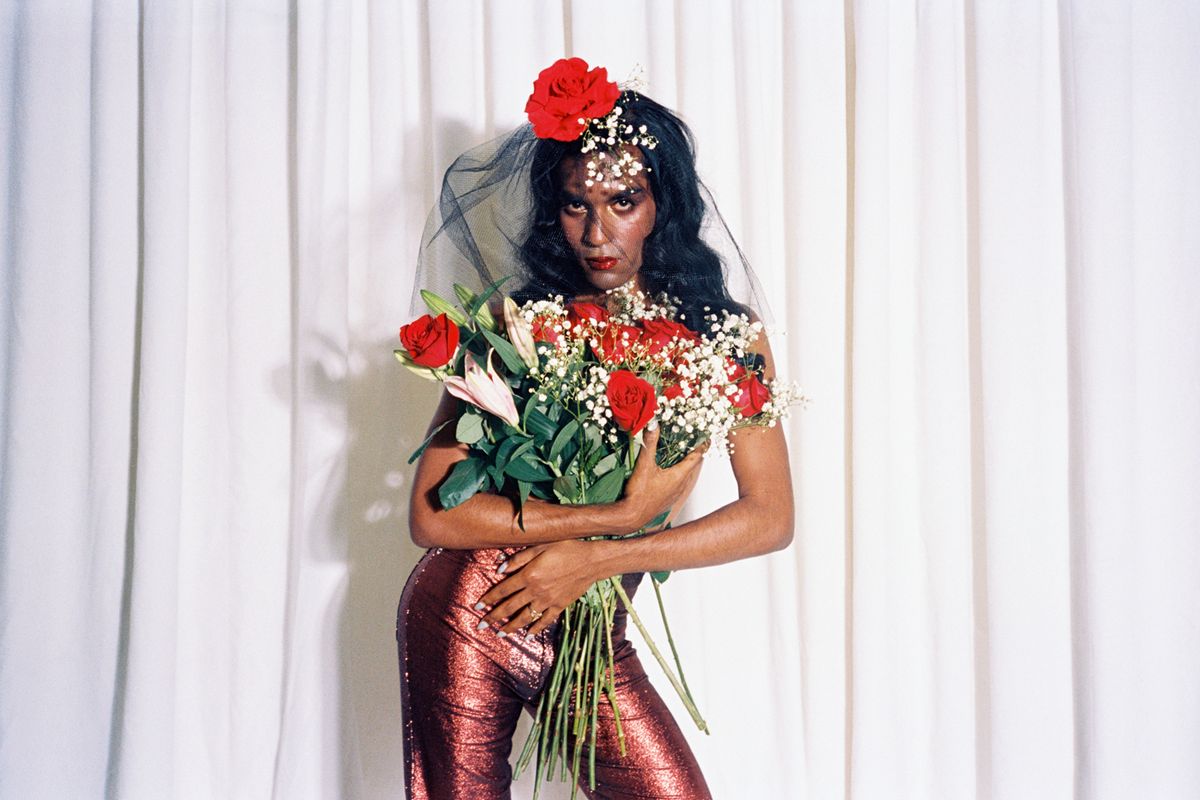 Richie Shazam Is a Next Gen Model Activist

Dave Chapelle told the story of how he first knew Kanye West was going to be famous on Jimmy Fallon, right when he returned to comedy in 2014. In it, he details booking a young and relatively unknown Kanye for his first tv performance, and going with him to the edit afterward. They decided to watch some (at the time) unreleased sketches, at which point West picks up a phone call, tells someone he can't go meet them because of what he's currently doing, and hangs up after stating that he's there "Because my life is dope, and I do dope shit."

In interactions with Richie Shazam Khan, it's hard not to have him strike you as this kind of person. Not that there are many superficial parallels between him and Kanye West, but rather that he's so completely assured of his place in the world that 100 or 100,000 people could know his name, and he would still be doing exactly what he wants to do. Richie Shazam is and will always be 100% Richie Shazam, and it is part of what makes his presence so magnetic, and part of the reason why he is such a rising star in the worlds of fashion, media, and activism today. Although he himself is regularly called an activist, when asked about that label he's quick to note that his activism is more of a form of embodiment than it is a paper trail. "My activism isn't your typical activism," he states, "I'm not just calling politicians or rallying or signing petitions. My activism is something that I have been practicing from the day I was born. I never had a typical 'coming out of the closet' moment. I've always been 'out.' I've always been unapologetic about the person I am and I live my truth at all times. Even with all odds against me. I have to show people that this is who I am and there are people like me in this world. If I cover up and hide when I'm feeling threatened, then I'm not leading the way for my queer brothers and sisters."

And Shazam is without a doubt a leader. A staple in New York City's downtown nightlife, an Instagram figurehead, and a model, it's easy to look at the non-binary West-Indian and see the face of 21st-century glamor staring back at you. But to only view Shazam through the lens of fashion would be reductive. When he steps out on the street, regardless of what he is wearing, he makes it clear to PAPER that his intent is to lead by example via fearlessness. Shazam being well known doesn't mean that he is not susceptible to the dangers queer people, particularly queer people of color, face every day, something he is well aware of. "For me, I am very fearful and I do walk down the street with a stride, confidently and unapologetically, but I get really anxious. I get really nervous," he makes a point to distinguish. "When you are free and expressing yourself, there does come a lot of risks. People will not just give you smiles and a high-five. I am very aware of the violent, consequential repercussions of expression. I think it's just important to be very vigilant and alive and awake."

With the back of his mind always on survival, however, Shazam still finds spaces in which he can subversive of the constant dangers of the world in his own fluidity. "I think that fluidity is beautiful because I think it always starts with loving yourself and embracing your difference, and finding the right community that will highlight and illuminate it, and not silence you," he says. Refusal to be silenced and visibility seem to be not just part of the end goals for him, as he holds a philosophy of–as he puts it–the "importance of denouncing silence through radically re-imagining queer visibility." It is a conscious part of every day to make himself seen and heard, and through his presentation cause other people to question the status quo.

When asked about people attempting to label him although he openly does not believe in labels, he shows a level of understanding regarding the fact that for some people more than others the dissonance between what society expects of gender and reality can serve as a challenge. "I don't think it's necessarily always malicious," he says after explaining that he is put in boxes nearly every day. "I think people like to label things so they can categorize them in their minds. Unfortunately, it's human nature."

This kind of radical acceptance is not just important for Shazam within the queer community, but rather a personal philosophy of sorts. He has made his own spiritual connection with the universe, and in speaking with him it becomes clear that it informs both his ever-growing and ever-changing identity and practice: "I look for signs, coincidences, small and seemingly meaningless occurrences; I see the deeper meaning in these things. Through constant introspection and connecting with people, important to keep a strong dialogue and connect with people's hearts and minds. I enjoy communicating and tearing down walls." He continues on to say, "I realize I spent so much of my time breaking down like, 'Oh, you pronouns are wrong. You don't understand me.' It's like no, I'm really fluid. I'm just me. Love me for me. Understand me for me. That's it. If you don't, that's okay, one day you will. I'm still figuring myself out. I think we all are. We're all on a journey of finding our voice and being open to the universe. I don't feel bounded."

At the root of it all, Richie Shazam is, in fact, an activist. But his activism is in his words, presence, and spirit as much as it is in the things we would conventionally think of as activism. And he knows his fight is a long one. "We have to continue to be empathetic and break down barriers; it is not an overnight sensation—it will take time, but I am filled with strength today," he tells PAPER. And when asked what he's most proud of, in true activist fashion he looks not to himself for the answer, but to those around him: "I am proud of all of my LGBTQIA brothers and sisters all around the world who are fighting to for their freedoms and not accepted, but speak their truth, through facing structural oppressive, discriminatory practices and being vilified and harassed. I also want to pay an homage and respect to our predecessors who fought for our freedoms. It is of the utmost importance, more than ever to band together and show the LGBT community support and compassion."