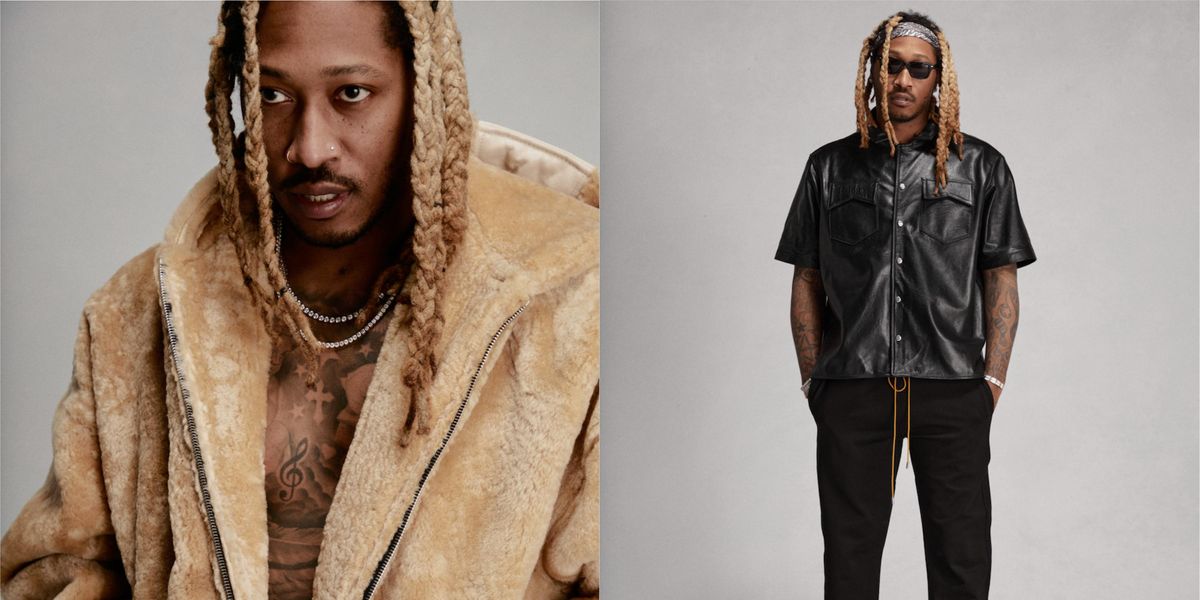 It's hard to believe Future has never front a campaign for a luxury brand before, particularly when his hip-hop peers have been embraced by some of the biggest designers in recent years. But all that changes today as the rapper is announced as the new (and first-ever) face of LA-based label Rhude.

Apparently, Future turned down numerous offers in the past to star in campaigns for some of the most well-known heritage brands, Rhude's creative director and founder Rhuigi Villaseñor told WWD. But as a friend of the designer and supporter of the brand, Future saw a natural fit between him and the company founded in 2015.

"Future has been leading the pack musically and style wise," said Rhude founder and creative director Rhuigi Villaseñor in a statement. "It was a perfect marriage of street meets high fashion.

According to the brand, this campaign serves to introduce the world to the "Rhude Boy" aesthetic, which mixes streetwear styles with luxury techniques. Rhude held its first runway show during Paris Fashion Week in 2020 that reinterpreted American style tropes through his background as a Filipino immigrant. See the rest of the campaign images, below.