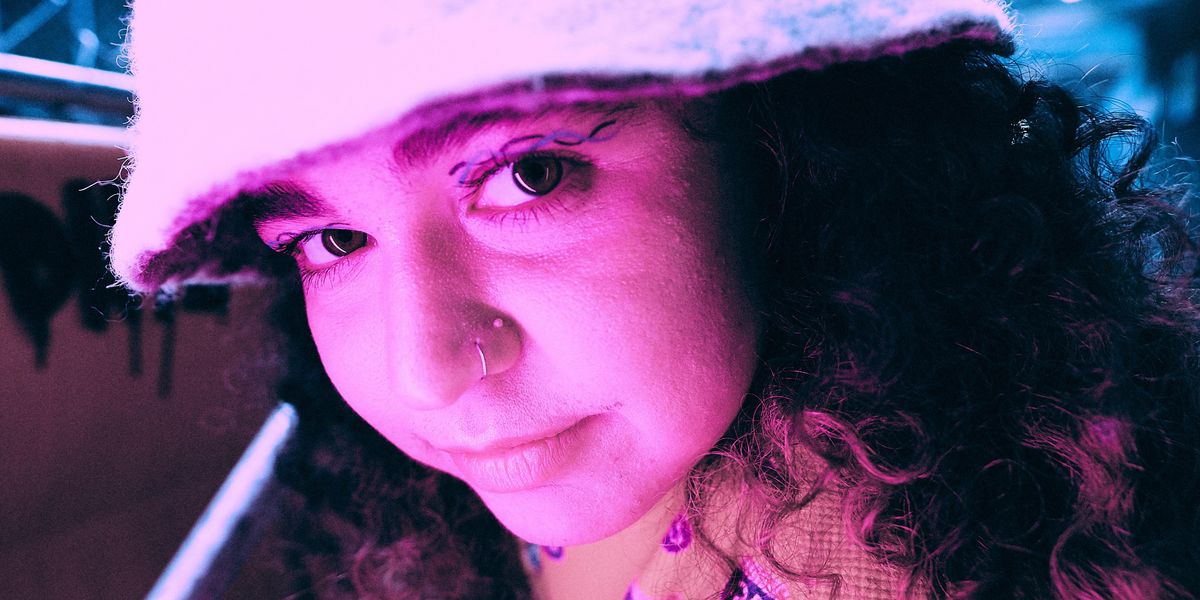 "Photo ID" has fully set Remi Wolf's music career ablaze. The psych-infused single, which appears on her 2020 I'm Allergic to Dogs! EP, quickly became a favorite among fans, who helped it reach billions of views on TikTok and land Wolf a performance slot on The Tonight Show with Jimmy Fallon (wearing Marshall Columbia, no less).

But that was only the beginning for this perfect slice of funky weirdo-pop.

In the original "Photo ID" video, Wolf gets multiplied into a technicolor CGI army that performs choreography wearing outfits thrifted in Brooklyn. It's a snapshot of early quarantine creativity and reflective of the song's lyrical chaos. "I think you can hear it in the energy of the vocal that I'm pretty annoyed and confused and weird but also wanna have fun," Wolf writes.

Now, Wolf has released an update on "Photo ID," featuring her friend and fellow musician, Dominic Fike. Unlike the first visual, Wolf appears IRL, but still within bizarre environments that don't make much sense — not that they need to. Whether she's inside a tanning booth or dancing in a disco motorcycle helmet... or rolling in a human-sized hamster ball, we'd like to be wherever Wolf is.

Below, PAPER caught up with Remi Wolf to talk more about the music video and get some clarity on her recent tweets.

What initially attracted you to Dominic Fike's work?

I was obsessed with his music and still am. He's an amazing artist. He really liked my song and it came together so naturally. I first heard about Dom through my friend Cole [Presston of Wallows]. He sent me a text out of the blue and sent me the song "3 Nights" by Dom back in 2018 when it first came out. I listened to the song and was like, "Holy shit this is amazing."

How'd you two work together on this update?

I really wanted him to jump on the remix. After asking my team to reach out, we set up a super chill hang in LA at Dom's spot and we talked for hours. After that, we set up some time for him to come by Solomonophonic's studio, who I co-produced the song with, and he wrote his verse right there in the room with us. I thought it was the best thing I had heard in my life and it was so cool to see his writing process.

Why do you think "Photo ID" is resonating so strongly with your audience?

Honestly, it still boggles my mind how many people have listened to "Photo ID." Someone just told me the other day that the sound has over like 10 billion views on TikTok. Like I can't even wrap my mind around that number. I don't why it's resonating with so many people, but I'm so happy it is.

The different looks for the original "Photo ID" video are insane. How'd you go about deciding on those?

I collaborated with my director Agusta Yr, who scanned me in all those different outfits right before lockdown. The outfits inspired the rooms that all the 3D versions of me were put it. I ended up styling myself in the looks for that shoot and went around all these thrift stores in Brooklyn the night before.

Who'd you work with on your new "Photo ID" video and how'd you want that treatment to be different?

I definitely wanted to physically be in this one verses just being 3D-scanned like I was in the original. This time around I worked with Psycho Films, who've done a bunch of work with Dom so it was such a fun time on set. We filmed it over two days here in LA. Ultimately, we just wanted to capture Dom and I vibing out bro!

What's your name? Wrong answers only.

What would your Tumblr name be today?

Did anyone buy the water?