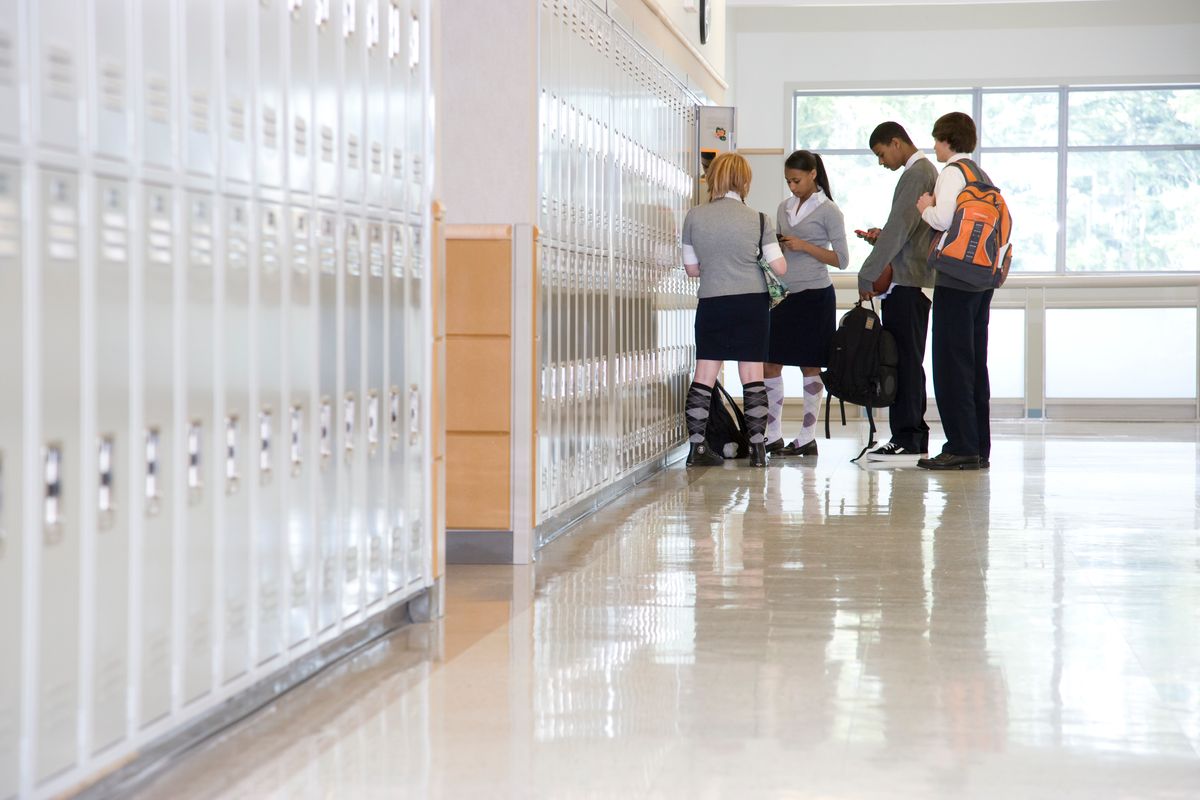 Op-Ed: My High School Rapist Shouldn't Get a Pass

This week Christine Blasey Ford, Ph.D. will testify that Supreme Court Nominee Judge Brett Kavanaugh sexually assaulted her when they were teenagers. Predictably, there's been a resurgence of the dangerous rhetoric that even when it comes to something as serious as sexual abuse, "boys will be boys." Sexual assault is not a rite of passage for high school boys. I went to high school with a lot of good boys, now men, that I doubt ever raped anyone, then or since. Boys who attack girls aren't young and dumb—they're predators.

President Trump has tweeted that "Democrats are working hard to destroy a wonderful man" with "false accusations." These triggering responses to Dr. Ford's allegations have forced me to revisit the trauma of being raped at a high school party. Neither Kavanaugh or my attacker were just kids, and they shouldn't be excused for their actions. Yes, allegations of sexual assault could ruin their lives, but their actions have already ruined the lives of the women they've attacked. Their vicious actions matter, even decades later. The impact of sexual assault stays with survivors forever.

According to Licensed Marriage and Family Therapist Jill Whitney, the Kavanaugh hearings can bring up trauma, even for survivors who've since made a good life for themselves and put in the work to heal. "Hearing what happened when Kavanaugh was in high school brings a survivor right back to the dark room or back seat of a car where their assault happened," she said. "It's normal to be triggered by those stories, especially when our newsfeeds are full of them every minute."

When I was 15-years-old, I was raped in the bathroom of a hotel room during a party. Like Dr. Ford, I thought my attacker might kill me.

I've been asked about what clothing I opted to wear that night an uncountable amount of times. Not that it matters, but I was wearing bootcut light wash jeans, a white tank trimmed with lace, and a cropped baby pink sweater. It was an outfit as innocent as I was. And no, I wasn't drunk—but it wouldn't have made a difference if I was.

"Sexual assault is not a rite of passage for high school boys."

I was incredibly naïve and sexually inexperienced. I didn't know I was being raped as it happened—that's how little I knew about intercourse. I didn't really understand how sex worked, let alone what rape was.

I'd taken a photo of my rapist on a disposable camera before he attacked me. We'd been friendly at the party, speaking Spanish about our beloved South America. He seemed so romantic. He sang Spanish songs and played the guitar and I remember being curious about what it would be like to kiss him. I had kissed a few boys before but he was older than me, perhaps 19 at the time.

In the photo, he's holding a guitar as his warm brown eyes peek shyly through his long hair that had been tousled by the ratty sweatshirt he wore. He was a monster in a good disguise. It disturbs me now that he looks like the men I find myself attracted to—the tall, dark, and handsome trope.

His method was grossly common, in retrospect. He preyed upon my kindness. I doubt it was his first assault—or his last. He tricked me by asking me to help him clean up shards of a glass bottle in the bathroom, but the moment I entered he carefully closed the door behind me and locked it. Before I could process what was happening he had pushed me onto the ground—and into the broken glass. He held a chunk of the glass bottle to my neck, threatening to use it as a weapon as he raped me.

I'm not sure how I got home. I remember using lotion to remove the blood stains from my clothes and washing them in my bathtub. I was glad it was winter because I was able to cover up the scabs on my back with thick sweaters. Threads would often get caught and reopen the wounds.

I didn't tell anyone exactly what had happened. My life changed that evening when my innocence was violently stolen from me. I felt numb to everything, and often still do. Whitney reassured me that this is unfortunately very common. "The effects of being sexually assaulted as a teenager are different for everyone," she said. "For some, the primary emotion is anger; for others, fear. Some become numb. Some relive the memory every day, while some block it out,although it will inevitably bubble back up."

My solitary suffering resulted in a dangerous habit of consuming copious amounts of booze in tandem with taking prescribed pain killers. After the assault, the next person I had sex with was a friend who told me I'd feel better if we had sex—as if it would undo the rape. He seemed to know that what he was suggesting was wrong and could barely maintain an erection as we attempted to have sex in the backseat of his car in a Target parking lot. A few weeks later at a house party, I had sex with a complete stranger who had just gotten out of jail. Legally, I was underage and so once again unable to give consent.

I didn't realize then that I was suicidal—while I never consciously thought about taking my life, I had lost the will to live. Being raped taught me that my body was my only value. I let the possibility of death in through my reckless actions, tempting it to take me.

Whitney explains that sexual assault can have an enduring impact on a survivor's sex life. "Some victims internalize a message that they're 'damaged goods,'" she said. "They may shut down sexually and be reluctant to get into future relationships they don't feel they deserve. They may have sex but not feel much pleasure. Or, they may 'act out' sexually, having many casual partners for a period of time. They may be numb through the casual sex or may feel like they're taking back control of their sex life. However it plays out, it's often very different from her sexual behavior before the assault."

Over the years, I reassured myself that what happened that night was a one-time thing. It gave me solace to convince myself that he wasn't really a bad guy. He'd been too drunk. I sent him the wrong signals. I was attracted to him. I flirted with him. I blamed myself for being young and at a party with booze and older guys.

These sentiments are all too common. Whitney has found that those who are sexually assaulted and have been drinking feel guilty for being impaired. "They often blame themselves for not having said 'No' even more times or for not having fought back harder or screamed louder," she said.

I know now that it's not my fault that I was violated, and that nothing I did gave my rapist permission to attack me. The very act of rape violates permission and defies consent.

"Self-blame is about what the victim 'should' have done differently—when in fact it's the attacker who should feel guilt and shame. He's the one who did something wrong. But our cultural tendency to blame the victim makes it easy for guys to rationalize their behavior and not take responsibility for it," Whitney said.

Navigating life after surviving rape as a high schooler is a complex battle. I'm haunted knowing that he may be hurting other women as a result of my silence. I'm not brave enough to set in motion a confrontation with my rapist—I never was.

That's partially why I'm so in awe of Dr. Ford's bravery to testify against Judge Kavanaugh, and the courage of Deborah Ramirez and Julie Swetnick for coming forward with their own stories. So many aspects of American life hinges on the results of this hearing. I must try to remain hopeful that this will be a paradigm shift for society and law enforcement to start believing women. There's a long way to go before survivors can share their stories and be met with support and where appropriate, legal action, rather than denial, disbelief and shame.

If you're a survivor of sexual assault and need to speak to a trained counselor call the National Sexual Assault Telephone Hotline at 1-800-656-4673 or chat online, both are available 24/7.