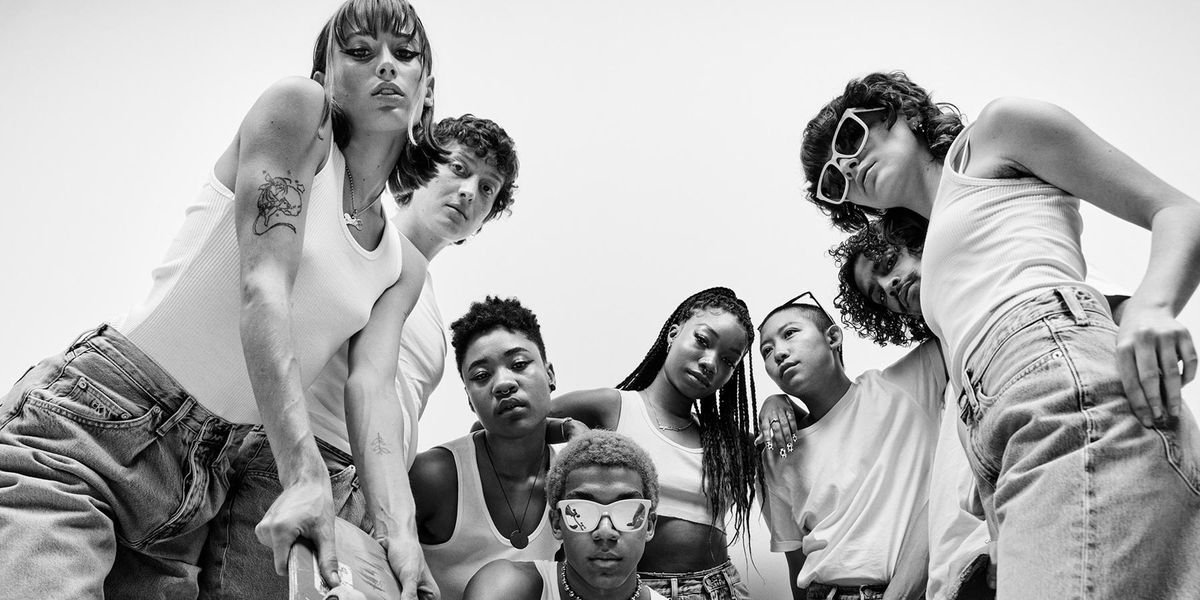 Another new addition to the cast was Queer Skate LA, a collective based in Los Angeles that was formed to create safe spaces for LGBTQIA skaters and make the male-dominated world of skating more inclusive for all backgrounds. The group meets regularly and host various peaceful demonstrations that bring awareness to issues they care about.

Queer Skate LA's goal is to create an uplifting environment that helps people of their community discover the joy of skateboarding. PAPER caught up with New Kojchakorn Ngamnimitthum, one of the collective's members, to discuss the work that they do and what it was like to shoot for Calvin Klein.

Can you tell me a little about the origin story of Queer Skate LA?

Queer Skate LA began as a group of friends who got connected through Unity Skateboarding (a queer skateboarding collective in Oakland) who wanted to have more frequent skate sessions/meet ups in LA. There is no hierarchy in the formation of QSLA. Anyone who were aligned with our agenda for creating a safe space for queer skaters to explore and learn were welcomed to join/organize.

How has the organization, its efforts, and support grown since its start?

The organization grew over time through social media, and through word of mouth. Friends brought their friends who wanted to learn how to skateboard to events. It's become a way for queer folks to connect, share skills and gain resources with each other.

What does the typical Queer Skate LA demonstration look like and how does it tackle raising awareness?

Showing up and taking up space in the streets and skateparks around LA was our way of existing and stating "we're here!". Our existence and the way we support each other in reciprocity was what we were interested in.

What was it like working with the Calvin Klein team? How did they help fully visualize all that is QueerSkate LA?

I can only speak for myself, as a non-binary person but it was a really interesting and fun experience. It was really important that I didn't have to fit in to what the "binary" looks are, the CK team made it clear that I didn't have to put on make-up if I didn't want to, that I could ask to cut a shirt to fit with my style. The classic Calvin Klein look worked for us because it didn't suggest that this is for "women or men."

What does Queer Skate LA hope to accomplish next?

Nothing...there's not really a clear goal, we exist to exist, and even without the name, we will still continue to skate and exist. We hope that through it, people feel comfortable to form their own pod and group, or start to feel their independence in the world of skateboarding.