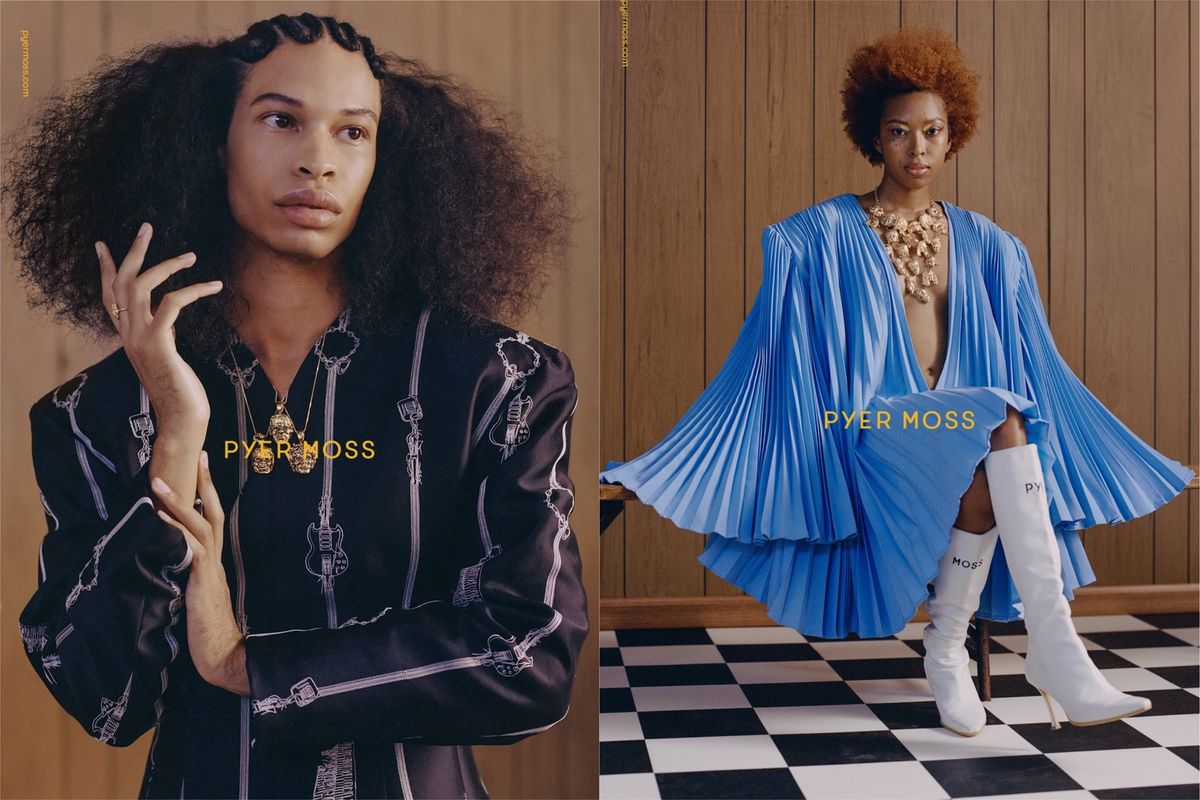 Kerby Jean-Raymond likes to describe Pyer Moss as an art project or a "timely social experiment," an approach that extends to everything from his powerful fashion shows to the collaborative campaigns he drums up for each collection.

Since its inception, the brand has doubled as a platform for activism and social commentary — themes that Jean-Raymond has explored in the last three seasons for his "American, Also" trilogy of collections that address the erasure of Black contributions to popular culture.

His last runway effort — Collection 3 AKA "Sister" — which was shown last year at the Kings Theatre in Brooklyn, paid homage to Sister Rosetta Tharpe, the Black woman who is largely uncredited for inventing what we know as Rock 'N' Roll.

To commemorate the launch of the collection on October 3rd, Jean-Raymond is releasing a new campaign starring customers and other members of the Pyer Moss community that were selected from an open casting call the designer held in September. Open Studio, as the brand calls it, first kicked off last year for Collection 2 and taps a variety of collaborators and supporters to become part of the creative process.

"I am so grateful to the models, stylist, photographers, set designers, designers and glam teams who helped us conduct 'Open Studio 2' and for helping us create history, welcome to the family," Jean-Raymond said in a statement. "I can't say enough how much I appreciate your continued support and collaboration."

The creatives involved, from acclaimed makeup artist Raisa Flowers to photographer Micaiah Carter to stylist Antoine Gregory (who founded Black Fashion Fair, a platform and conceptual trade fair for Black designers), came together to celebrate and amplify the power of Black liberation through Jean-Raymond's artistic process.

Among the subjects in front of the camera are Katiria Powell, who was captured cradling her baby bump in a Pyer Moss look featuring artwork by exonerated artist Richard Phillips, and Jalen Steward. ("My Blackness is celebratory. Creating art that represents us is where I want my focus to be," he said.)

Additionally, Pyer Moss is set to the Sculpt sneaker, the brand's first in-house shoe that's not a collaboration. The Sculpt, which took three years to develop, will launch on PyerMoss.com this Saturday alongside Collection 3.