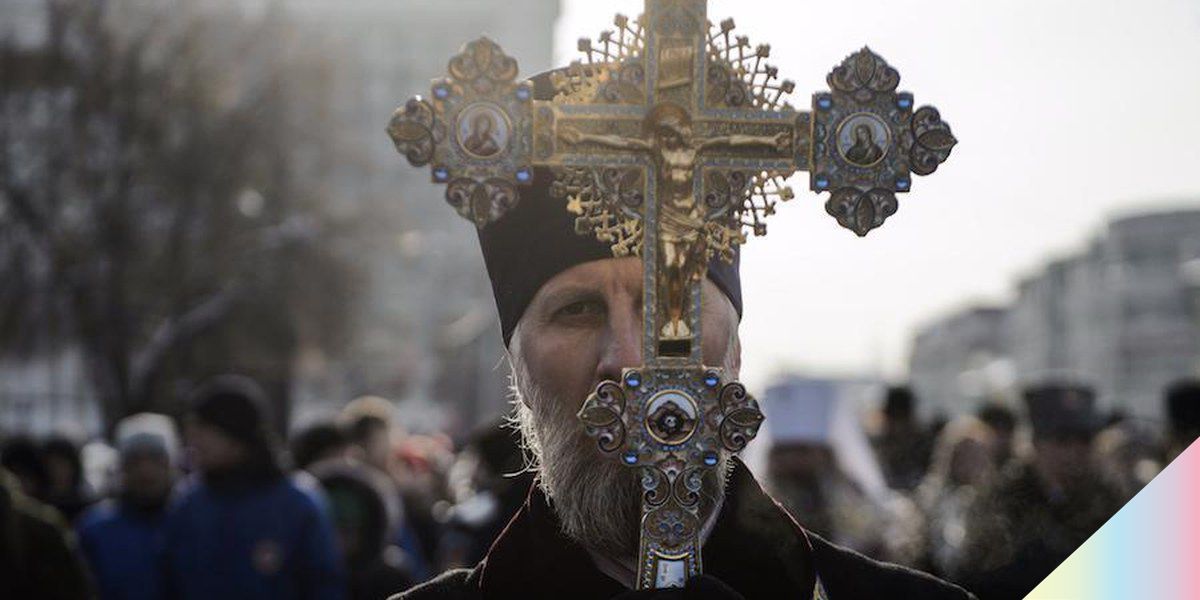 Metropolitan Kornily, Primate (no, not the monkey) of the Russian Orthodox Old Believer Church—a convincing Donald Sutherland impersonator and maybe Dumbledore, too—has declared that shaving beards makes men gay. Sadly, this is not a satirical post, and he's clearly never been to Brooklyn.

According to the Moscow Times, Kornily spoke on record to Russia's National News Service and advised men to stop shaving their beards in order to "protect themselves from homosexuality." The religious leader, previously supported by Russian President Vladimir Putin, went on to explain (not exactly in these words) that beards were some sort of powerful shield that repelled attraction to and from other men. Without personal experience, it's unclear how he would know such a thing.

"God set down certain rules. The Lord created everyone with a beard," Kornily said. "No man can resist his creator." No man can also resist the allure of a fellow sexy man with facial hair, according to recent study by the Journal of Evolution and Human Behavior, but it seems that Dumbledore never received the memo, choosing instead to spread his own self-conjured logic.

In case you wanted more advice from our good and sane friend, Kornily also gave his expert opinion on the state of men's fashion today. "It's made a monstrous thing to see men's clothing and hairstyles changing," he said. Personally, we get upset at the sight of male rompers as well.

It's worthy to note that Putin frequently appears with a clean-shaven face, and has never publicly surfaced with any semblance of a beard—or body hair for that matter. Is this statement Cornily's subtle way of telling us something? Give us all of your secrets, Dumbledore. In the meantime, we suggest Kornily (and everyone else) to take a gander at the Gay Beards on Instagram, and the seemingly deserted Gay Men with Beards Facebook page.