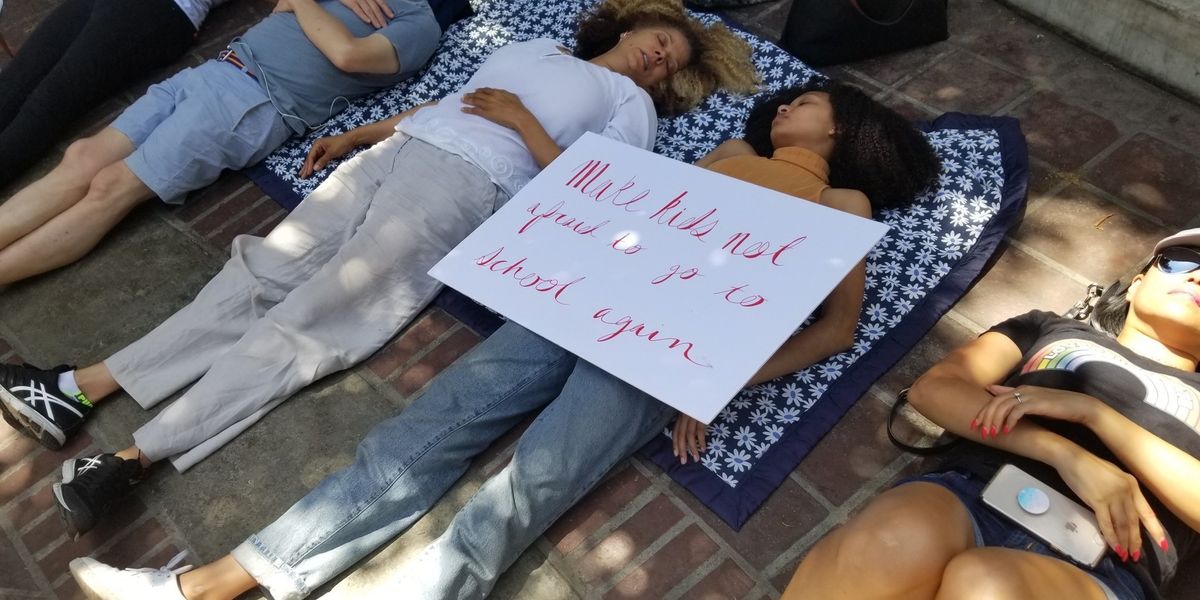 To mark the second anniversary of the 2016 Pulse nightclub shooting in Orland, Florida in which forty-nine people lost their lives, gun violence protests are taking place around the country in the form of die-ins.

Survivors of the massacre at the gay nightclub showed their support of Parkland High School students following the February 14 shooting at their school, and now the anniversary of Pulse is being remembered with continued action for gun reform.

Thousands of activists gathered today outside the Capitol building in D.C. to hear speakers and participate in a die-in. (The tactic has been credited with use as far back as environmental activism movements in the 1970s and during protests of the AIDS crisis in the 80s).

There were also die-ins in Florida, where both the Parkland and Pulse shootings occurred:

Protests and speeches happened outside of Trump's Mar-a-Lago golf resort in the Sunshine State:

Students and parents hosting a die-in across the water from Mar-a-Lago to protests gun violence. https://t.co/sUmUjEmrpW
— Ian Cohen (@Ian Cohen)1528815276.0

Students occupied government offices and protested outside government buildings in Ohio, Illinois, California, Texas, Tennessee and more. Given how widespread gun violence is, and how often it affects people under the age of 18, it's no wonder yet still inspiring to see young people remaining resilient, focused and demanding action.