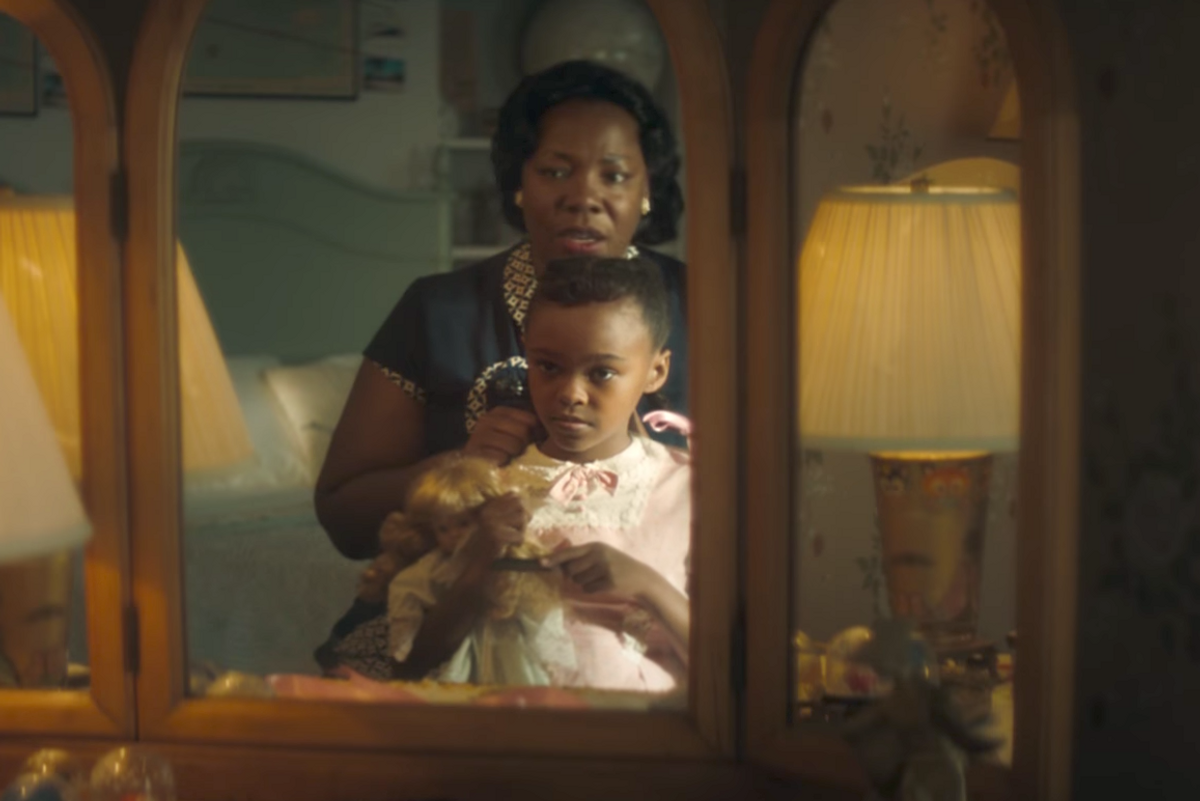 For anyone willing to acknowledge that racism is a very real, very prevalent problem in America, it shouldn't come as a shock that, as a community, Black people have to approach their day-to-day lives much differently (and much more cautiously) than some of their white-skinned peers. As is clearly evidenced by the continuous murders of Black men and women at the hands of the police, sometimes it can be dangerous just to be Black. Given that this is the case, it's also not surprising that parents of Black children feel a certain added responsibility to educate their children about the cruelties of the world.

For their new commercial, Procter & Gamble (the manufacturer behind countless recognizable brands like Always, Pantene, Herbal Essences, Old Spice, Gillette, and Head & Shoulders) spotlighted six Black mothers having "The Talk" with their Black children. In one scenario, a mother has to tell her daughter that being told she's pretty "for a Black girl" is "not a compliment." Another mother explains the history of the n-word to her son but insists that he is "not gonna let that word hurt you." Elsewhere, one mother assures her daughter that she can do anything her white peers at Galaxy Camp can but warns her that she has to "work twice as hard and be twice as smart." And, in what is perhaps the most salient of the discussed issues, a mom tries to make sure her daughter knows the dangers of getting pulled over by police officers when you're driving while Black. "This is not about you getting a ticket," she says sternly. "This is about you not coming home."

The commercial is part of "My Black Is Beautiful," a larger initiative by the company that was created a decade ago by the Black women employees of the P&G family. It aims to tell more stories about Black beauty. And, as if the commercial wasn't powerful enough as a standalone advertisement, P&G is doing their part to extend the conversation past the video's brief two minutes by encouraging viewers to have similar discussions on social media with the hashtag #TalkAboutBias.

Cry to the whole thing below.