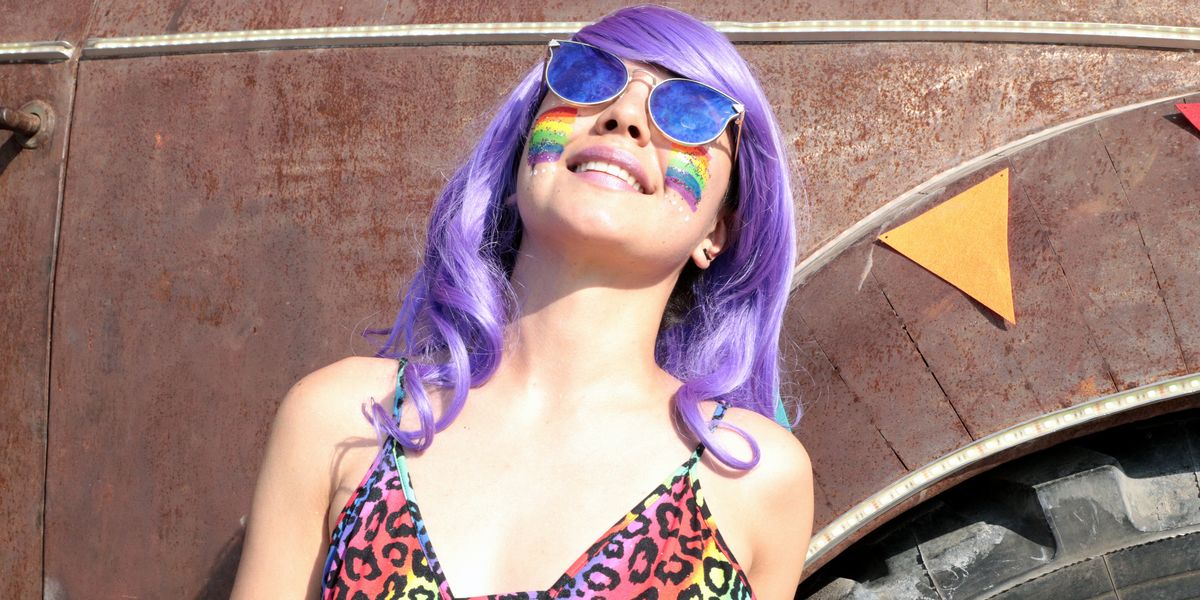 It's 2019, but homophobia and transphobia continue to persist in the form of trans exclusionary military policies, religious bakers who refuse to serve anyone but heterosexual couples, and violent murders of Black trans women across the country.

While several organizations such as The Trevor Project, the LGBTQIA+ Center and the National Center for Transgender Equality, among others, have consistently tried to raise awareness and offered enormous support to the community, hatred and bigotry are hard to beat in the current political climate.

As such, we all share a collective responsibility to pushing for equality including corporations and brands. But supporting the LGBTQIA+ community also needs to go further than slapping rainbow colors on a shampoo bottle. Commodification of Pride has become a strenuous topic as it gets harder to differentiate between brands genuinely dedicated to uplifting marginalized groups and ones are simply seeking praise (and profits).

To simplify your search, PAPER looks at the top 11 beauty labels that have actually put together initiatives that stand to benefit LGBTQIA+ organizations, charities, and nonprofits.

Time and again, MAC has emerged as one of the oldest and most dedicated brands when it comes to supporting the LGBTQIA+ community. Starting with their inspiring Viva Glam initiatives in the early 1990s that helped raise awareness and funds for AIDS, this year the brand has pledged $500,000 to GLAAD to honor Viva Glam's 25th anniversary. The beauty giant will also lend its support to over 20 regional Pride events across North America including Toronto and Montreal Pride and will offer sponsorships to local communities.

Retail giant Sephora houses some of the biggest beauty brands in the world. This month, the brand kickstarted Pride celebrations with donating $1 from the sale of each Marc Jacobs' Enamored (With Pride) Dazzling Lip Lacquer Lipgloss to various LGBTQ organizations through its Sephora Stands Charitable Fund. Additionally, the brand will also donate profits from the sale of Life's A Drag Color Palette from Manny MUA's Lunar Beauty.

Although Milk Makeup took off almost immediately after its launch, the cult favorite beauty brand is still a fairly new name in the business. Nevertheless, the brand is showing its support for Pride with an exciting collaboration with New York City's Lesbian, Gay, Bisexual & Transgender Community Center (The Center). Milk has designed a Wear Your Pride Set that includes some of its best selling products including its Glitter Stick, Kush Mascara, and a Holographic Stick. The products come in a rainbow makeup bag and the kit is priced at $28. The company will donate $50,000 of the net proceeds from the sales to The Center.

Like MAC, Kiehl's is another beauty brand that has consistently offered support to the LGBTQIA+ youth. Over the years, the skincare label has dedicated a subsequent amount of its funds to AIDS and HIV research. Taking this one step forward, this year the brand has collaborated with artist Daniel-Fray Barnett to design packaging for a limited edition Pride-themed product range that includes its Calendula Herbal-Extract Toner, Midnight Recovery Concentrate and its Ultra Facial Cream. The products are priced between $21 and $49, and the proceeds are meant to benefit NYC Pride, Christopher Street West, and the Hetrick-Martin Institute.

To mark the 50th anniversary of the Stonewall uprising and half-century of LGBTQIA+ liberation, indie candle brand Boy Smells, is donating 50 percent of the proceeds from its best selling LES candle throughout the month of June.

The donations will benefit The Trevor Project, the world's largest suicide prevention and crisis intervention organization for LGBTQIA+ youth. Retailing at $32 a piece, the candle features scent notes of black currant, peach blossom, jasmine rice, cardamom, and white cedar. The 8.5-ounce candle, made from a coconut and beeswax blend, has a fifty-hour burn time.

In addition to donating 100 percent of the proceeds from its limited-edition Shave with Pride set, Razor subscription brand Harry's has already donated a whopping $200,000 to support The Trevor Project and its new on-demand training system. To design the playful set, the brand enlisted illustrator José Roda. The kit is priced at $25 and includes three German-engineered blade cartridges, foaming shave gel, a blade cover and and a rainbow Winston razor handle.

Lush has done a lot in terms of promoting sustainable beauty and eliminating the use of plastic packaging. For Pride, the handmade cosmetics label is donating 100 percent of the profits from the sale of its Charity Pot body lotion. The proceeds will benefit several LGBTQIA+ rights organizations including the National Center for Transgender Equality, Equality New Mexico, Outfront Minnesota and Ark of Freedom Alliance.

Urban Decay is stepping up its Pride initiatives starting with a special Sparkle Out Loud collection to raise awareness around issues affecting the LGBTQIA+ community. Additionally, the brand has pledged over 25 percent of the purchase price to the Stonewall Foundation, which benefits a number of LGBTQIA+ support groups, projects, and scholarship programs.

Often dubbed the "rule-breaking" beauty retailer, Morphe has carved itself an exceptional niche in the industry making diversity an integral part of its platform. This month, the cult brand has designed a Pride Live in Color Collection that features its popular 25 Live in Color Artistry Palette and the Live in Color Brush Set. 100 percent of the net proceeds from the collection go the The Trevor Project. Customers can additionally donate to the nonprofit by adding non-refundable increments of $1, $3, and $5 to any purchase at checkout.

Tarte Cosmetics has established itself as the go-to brand for the best faux eyelashes and mascaras. For Pride, the brand has teamed up with Youtuber Jessie Paege, who famously came out as bisexual earlier last year, to amp up conversations around LGBTQIA issues. The brand has also released a set of mini mascara and a rainbow eyeshadow palette and pledged at least $25000 to the Trevor Project, regardless of the profits. Throughout the month, Tarte will also drop a number of promotional campaigns featuring a diverse range of queer influencers.

Herbivore Botanicals, the non-toxic and natural beauty label is lending support to the LGBTQIA+ community this month with its PRISM FOR PRIDE initiative. With every purchase of PRISM Exfoliating Glow Potion Herbivore, the brand will now be donating $5 to support Immigration Equality, their current LGBTQIA+ Charity. Immigration Equality fights to demand the U.S. State Department to stop denying citizenship to the children of same-sex couples born abroad.