"I wanted to create something special, something extravagant and opulent," Church says of the project. "To me, a grand piano is a timeless artifact and is the perfect representation of this feeling, and fuses together my love of art and music." The accompanying video for the project showcases Church losing himself in the music, caressing each line and posing on the lid in his underwear. Each stroke connects the faces and torsos he's imagined, swirling between them and linking them somehow through a somber eroticism found only elsewhere in tears of ecstasy. 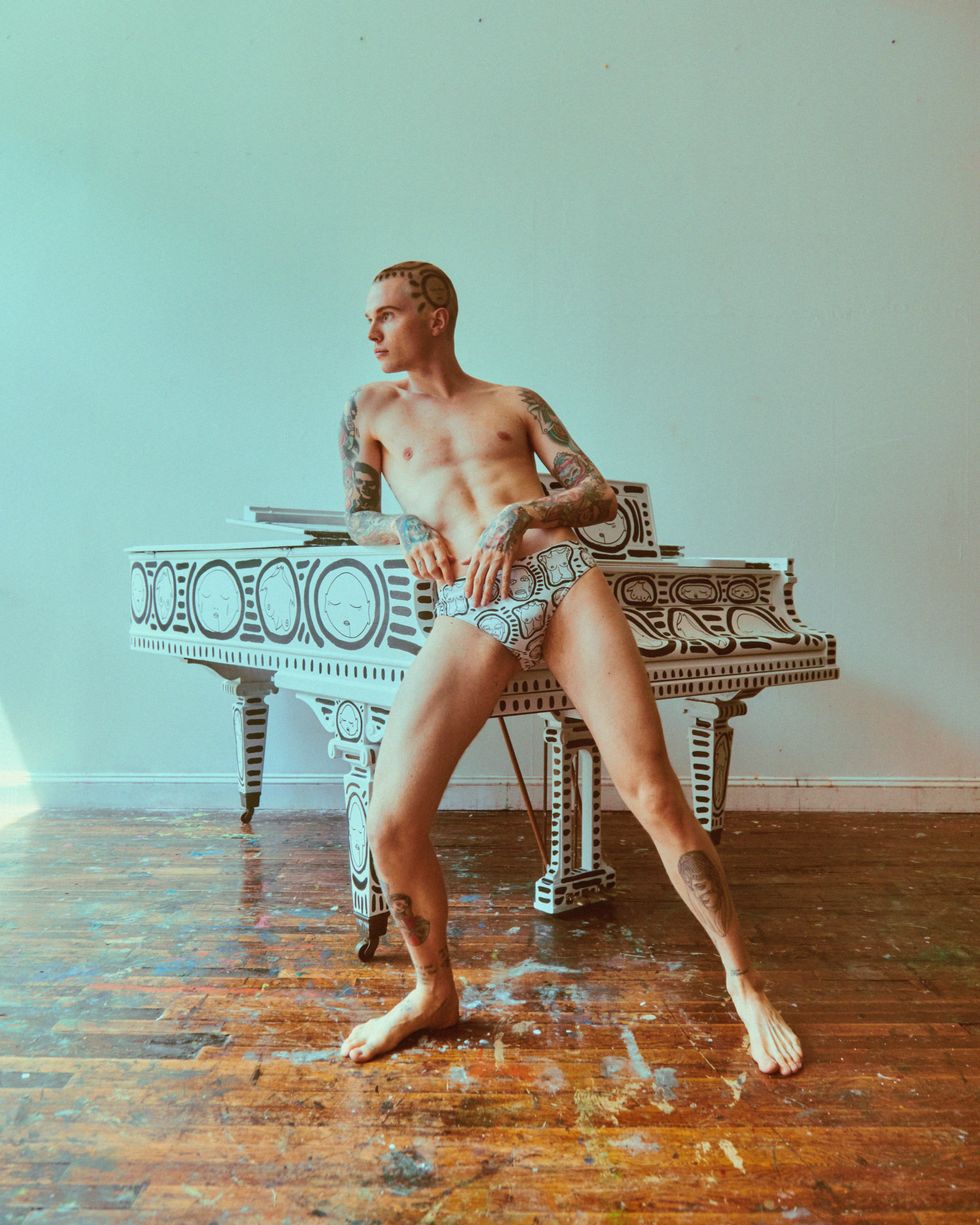 Church's piano project is one that is not only large and stimulating, but somehow also rather normal. Trying to discern the logic behind the repetition of the figures and their slight, but noticeable, differences leaves one empty handed — just as quickly as the design excites, it fades into a digestible pattern of shadows and highlights. The curves, twirls, blocks, and marks are integral to the structure and history of the piano. He describes this design as "a pattern that is endless and ageless, just like the artifact itself."

Revealing some of what enables his art to have such a personal quality to it, Patrick says "music has always inspired my work. I listen to music constantly when working and I am unable to paint or even think creatively without it in the background." His drawings of breasts are treble clefs on which notes can rest and the teardrops are rests and breaks. The grand piano, being one of the classical mechanisms by which one can build melodies and movements, is completed by the forthright display of an almost musical human figure, and the resulting marvel is nothing short of sublime.