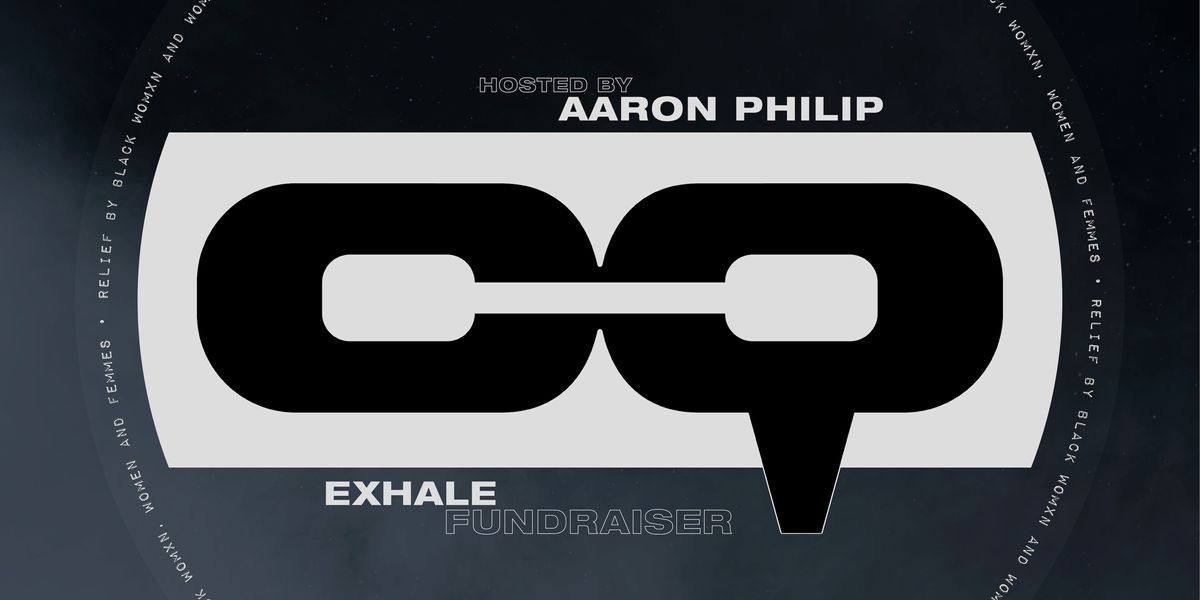 "The liberation of the dark-skinned, Black trans woman will lead to the genuine liberation of all marginalized peoples in this country," says Cat Robinson, who founded the organization Exhale to run mutual aid for all Black womxn in New York City. "Her freedom would prove the existence of a world we do not yet live in, but one we can strive toward."

On Friday, August 7, PAPER x Club Quarantine will return with a fundraiser on Zoom to help support Exhale's mission to "offer sustained aid to marginalized individuals so that they may be able to empower themselves — and claim a better future and life."

The night — which spans three hours between 9 PM EST and midnight — will be hosted by trailblazing model Aaron Philip, alongside a lineup of DJs and drag performances from queens FKA Twink (Miami) and Lúc Ami (Chicago).

Dai Burger, who recently released her Dessert EP, will drop in for some sticky, sweet tunes, as well as Sophie Meiers, the 20-year-old anti-pop star who's prepping to release her you and me again EP on August 19 (Stream "better for you" now).

Abby Jasmine (of "Stay With Me" fame) will also stop by PAPER x Club Q with ODALYS to celebrate their new song together, out Friday. LUVK, whose Kingdom collab "No More Same" is an absolute banger, has an equally hot set planned ahead of the producer's album, Neurofire, coming September 18. (A video for "No More Same" arrives this Friday, as well.)

Rounding out our rave is Alex Mali, the green-haired R&B standout whose Phenom EP is on its way, following charity single, "Eyes Wide Shut," which she released in July to benefit the National Alliance on Mental Illness. And finally, we've got Jersey disruptor Cookiee Kawaii, who went viral this year on TikTok with "Vibe (If I Back It Up)."

Exhale's website officially went live this year on Juneteenth, the day of the 10th anniversary of Robinson's mother's death. She specifically credits the disappearance of Oluwatoyin Ruth "Toyin" Salau for inspiring her to kickstart this initiative, now several months in operation.

"Oluwatoyin fought for her brothers and sisters in the streets," Robinson says. "Sacrificing her safety and well-being for the greater good of those around her. She screamed, cried and plead — and she was murdered. I, as well as many of you, am fed up of simply watching the continued decimation of effeminate Black bodies. We take care of our own. That simple fact is how we got here."

Exhale started as a list of cash tags for monetary reparations, but now Robinson is focused on "those of the social persuasion." She says, "Money is a temporary fix to a years-long problem. How do we turn these dollars into sustained care? How do we ensure the safety of these individuals in a way that has never been done before?"

PAPER x Club Q's fundraiser for Exhale will specifically help raise money for their organization space, which Robinson says will act as a "full service food, beauty, clothing and all around life bank." Exhale will be offering individuals on their rotating lists more than funds. "We will be giving food, clothing for interviews, skincare products, makeup, toys for children, and all the things that capitalism has told us do not belong to 'poor' people," Robinson says.

Exhale's overall goal is $50k to secure funding throughout the year, while their goal for PAPER x Club Q is $8k. "With that $8k, we would be able to open for socially distant services by the end of this month," Robinson says, adding that "we will begin to bridge the ever-wide gap. We must start somewhere."

PAPER x Club Quarantine's Exhale Fundraiser is happening Friday, August 7 between 9 PM and 12 AM EST. You'll need a Zoom code, which will be announced to the public right here at 9 PM EST. Follow Club Quarantine (@clubquarantine) and Exhale (@blackwomxnexhale) on Instagram for updates.