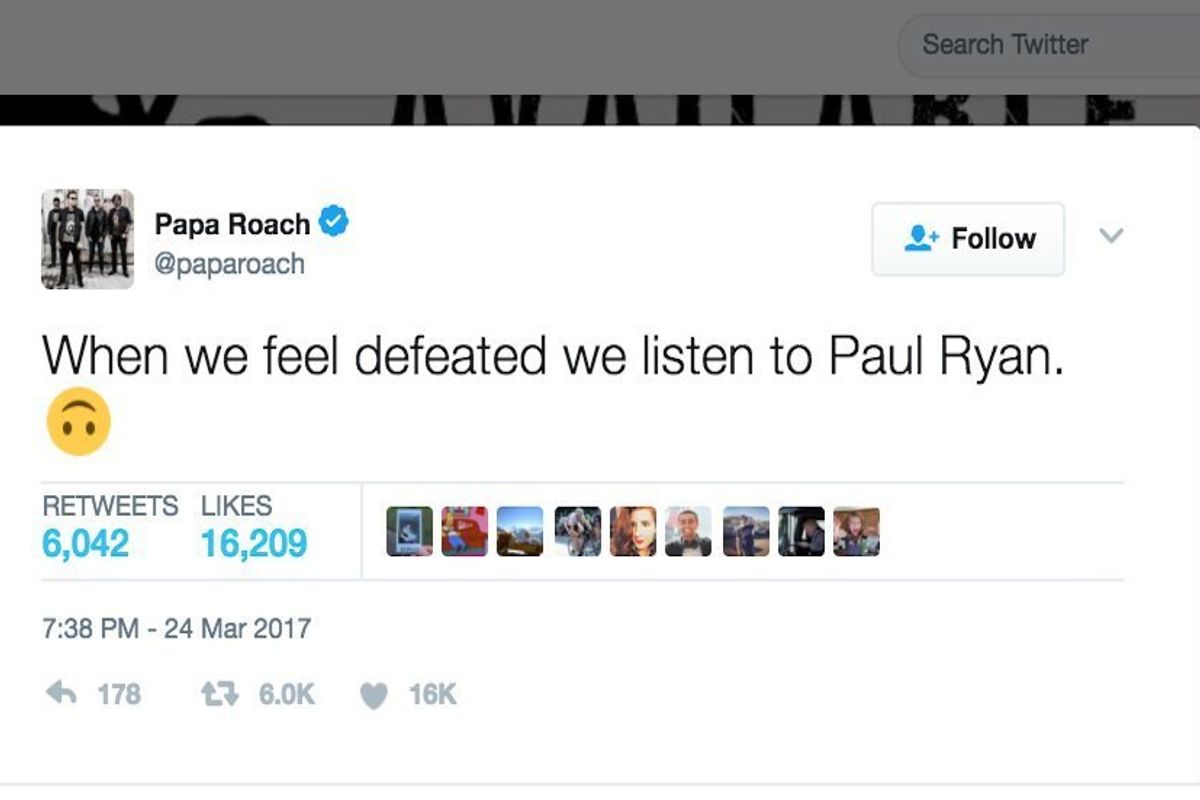 Yesterday the new Affordable Care Act wheeled out by the Republicans in Congress failed to make it past the House of Representatives, much to the glee of meme-makers, all of whom wasted ABSOLUTELY NO TIME trolling the defeated party. Their primary target? The bicep-curling, p90x doing Speaker of the House Paul Ryan.

Among them was one from comedian Justin Halpern which "quoted" the New York Times reporting Ryan left the scene of defeat blasting Papa Roach's "Last Resort." It's unclear if the internet thought it was real (it's not), but it made its rounds and quickly became part of the whole terrible saga of the lost bill.

Papa Roach finally weighed in on the meme, tweeting "When we feel defeated we listen to Paul Ryan." It's a rough day when Papa Roach is taking pot shots at you, but here we are.

They also took time to highlight that the song is about suicide and urged fans to get help if they needed it. Good guy Roach.

...but seriously Last Resort was written about suicide, if anyone is feeling defeated get help at @800273TALK
— Papa Roach (@paparoach) March 25, 2017

Just another day in the most unpopular American governmental regime of all time.