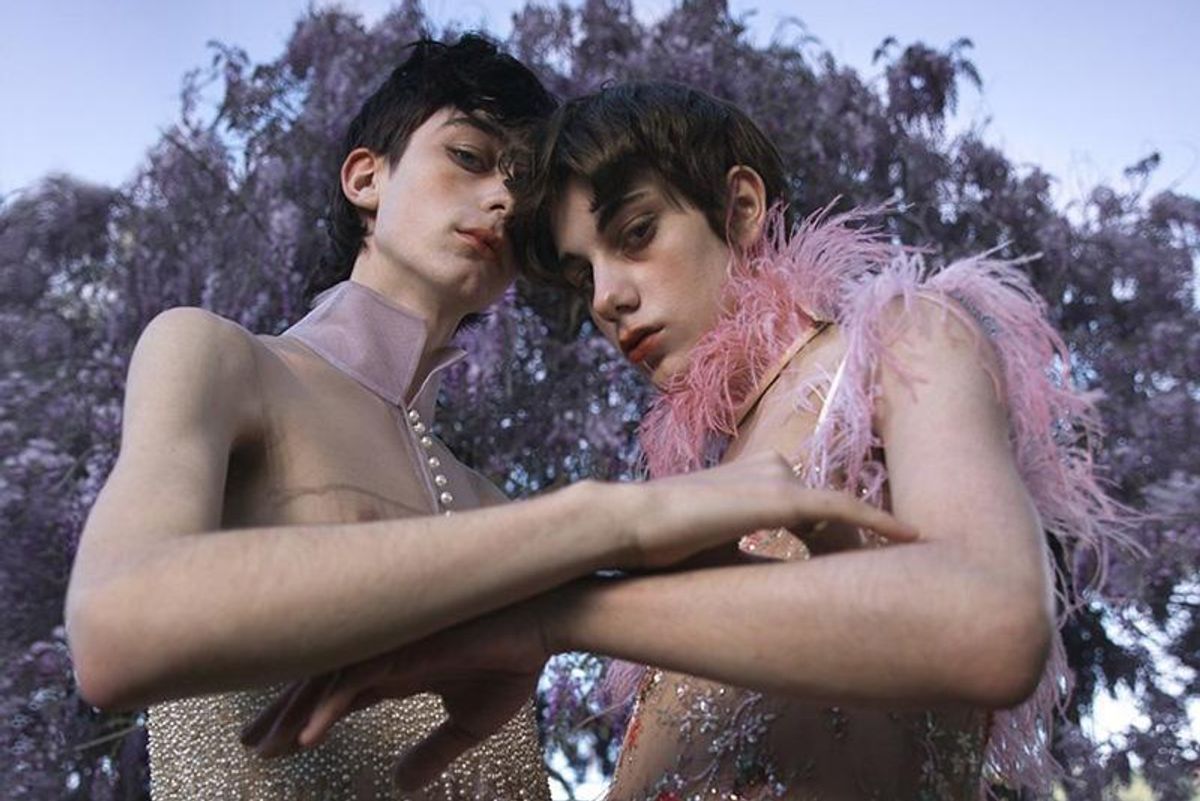 During February's New York Fashion Week: Mens, Palomo Spain — the gender-bending fashion label from, you guessed it, Spain — presented their clothes in America for the first time; it was the brand's third collection in total. While it may have been their first runway display on this massive of a scale, one would have had a hard time believing it given how smoothly the whole affair ran. Held in a room with a runway lined by bright, beautiful flowers, the collection was stunning, causing a stir for its proud presentation of men who could care less about gendered clothing.

Luckily, the team hasn't abandoned that sexy sense of freedom and rebellion with their FW17 campaign. Unveiled today, the campaign images are just as romantic, decadent, and rich as the clothes themselves. Wearing some of the collection's most covetable pieces, models stand around a field while being flanked by faceless naked men. It's a decision that places the focus on the free-spirited people who wear Palomo Spain's daring designs while stripping it away from the sculpted, traditionally masculine men we have become so accustomed to lusting over.

All 15 of the campaign's images were lensed by Kito Muñoz and shot in Alejandro's hometown of Spain.

Check out the semi-NSFW campaign below.