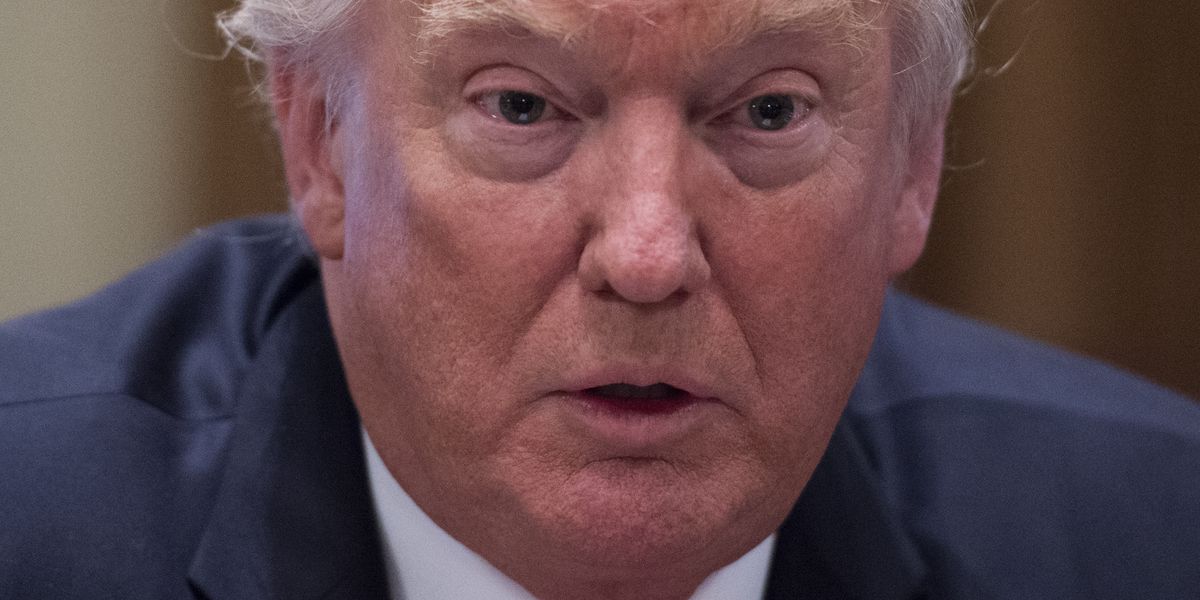 Donald Trump, the radioactive ingrown hair on democracy's bikini line, has just found his brand new low of the day. In today's batch of pre-dawn rage tweets, he decided it would be the perfect time for a hysterical ad hominem attack on MSNBC's Joe Scarborough and Mika Brzezinski because they spoke "badly" of him. In addition to calling Joe "psycho" and Mika stupid, he also claimed that he saw her at Mar-A-Lago on New Year's Eve, "bleeding badly from a face-lift."

Just take all of this in:

(Also, obviously this is the least offensive part of these tweets, but his use of adverbs is trash.)

In response, a spokesperson from MSNBC told TMZ, "It's a sad day for America when the president spends his time bullying, lying, and spewing petty personal attacks instead of doing his job."

Mika, for her part, just left it at this:

Brb, just gonna go scream into a pillow for a little bit. TTYL!

Never imagined a day when I would think to myself, "it is beneath my dignity to respond to the President of the United States."
— Mark Kornblau (@Mark Kornblau)1498743526.0