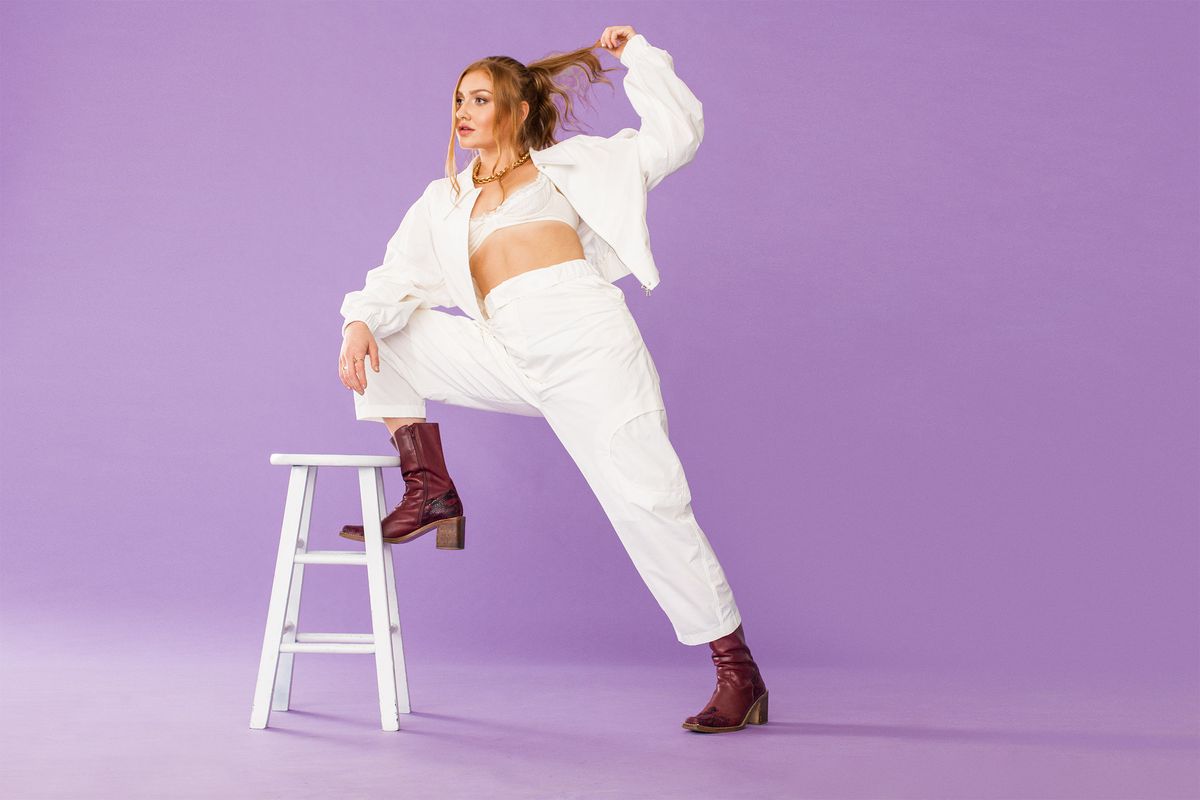 You may not know Olivia Lunny yet, but her new EP solidifies the 21-year-old singer/ songwriter as one to watch. Premiering exclusively today on PAPER, To The Ones I Loved comprises four tracks, chronicling the past four years of Lunny's life — love and heartbreak very much included.

But the Canadian artist, it seems, was made for this. Born and raised in Winnipeg, Lunny grew up in a very musical environment, citing her father as her introduction to basic guitar. "My dad actually was the on the one who taught me guitar," she shares, "when I was about 11 years old, I asked him to teach me some really simple chords on guitar."

Those initial chords sparked Lunny's songwriting, and by 17, she was performing gigs with a band at local bars. Instead of university, like most high school seniors, Lunny had her sights set on the big stage and her break came after appearing on, and winning, a Canadian singing competition show The Launch. She quickly scored her first top 40 hit, and most recently sang alongside mega artists like Justin Bieber, Avril Lavigne and Michael Bublé on "Lean On Me," a track benefiting the Canadian Red Cross' COVID-19 initiatives.

Olivia Lunny · To the Ones I Loved

The intimate EP, Lunny says, ultimately feels like a diary to her, with each song detailing "a different phase of being in a relationship." She shares stories of love and heartbreak over breathy, soothing vocals that "give insight to [her] personal journey thus far."

As for the experience of promoting and releasing her debut EP during a pandemic? Lunny seems to be making the best out of the situation, hoping her new tracks can contribute a little bit of positivity to the world through music while connecting even closer with fans through livestreams: "We're definitely far apart right now, but it's so cool to come together and do things like livestreams. I did a Twitch live stream for the first time on the Bandsintown account, and someone was like, 'Oh, I'm in Ireland.' Like that's crazy that we can be so far, but all of them together through music."

Live shows, of course, will have to wait, but Lunny is hopeful that her EP will resonate with her audience, just as the music she listened to during her formative years has stayed with her: "The most memorable songs for me are the ones where I go like, 'Oh, I remember my first boyfriend, this was our song' or like something like that. So I hope people can build relationships to these songs and they can become a soundtrack to different points in their life."

Be sure to pre-save To The Ones I Loved here.