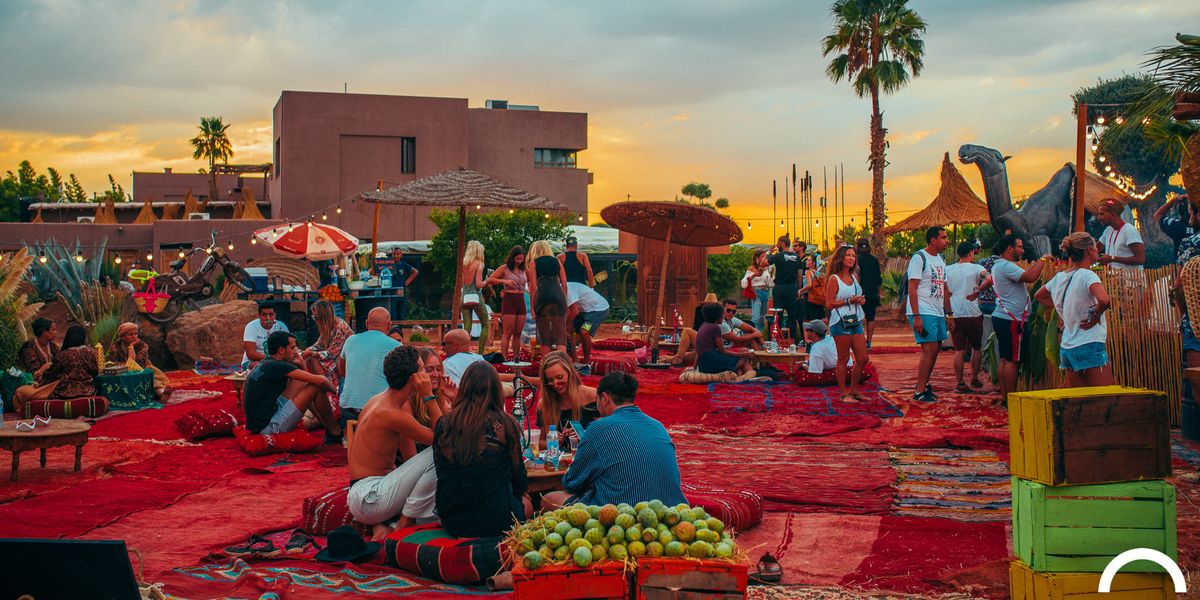 Oasis 2019: A Look at One of the Most Unique Music Festivals In the World

"To buy a ticket to come to Morocco for a music festival, you have to have a bit of a sense of adventure," Marjana Jaidi says.

She's describing the type of person you might find at Oasis Festival, the music and arts festival held in Marrakech that Jaidi started five years ago. For although a handful of massive festivals still manage to draw international revelers who drive, fly or bus in for the experience (Coachella, Burning Man), with the recent ubiquity of music festivals, it's easy for most urban residents to find a hometown event that offers at least many of the same vibes — if not even the same acts — as others around the globe.

But at Oasis, the crowd, which Jaidi estimates is usually about "50% Morroccan and 50% international," the latter of whom who have come from "eighty countries," is one of several reasons why the fest seems so distinct.

Oasis, which this year will be held from September 13-15 at Marrakech's 5-star Fellah Hotel, features an electro-heavy music line-up that includes sets by DJs and electronic artists like Seth Troxler, Four Tet, and Amine K, the last of whom has been dubbed "Morocco's dance music godfather." There will also be live sets by the likes of Hercules & Love Affair and DJ sets by live artists like Chromeo and Sampha. But while music might be the cornerstone of the experience, the festival feels much more expansive than that, incorporating a mix of art installations and pop-ups, wellness services, and food and drink options from local hotspots throughout Marrakech.

Over the last few years, Jaidi says that "it feels like we've been evolving more and more towards what we'd originally set out to do, which is to incorporate the local community." To that end, perhaps one of the most exciting additions to the 2019 line-up is Mbari House, a pop-up gallery/boutique/concert venue produced by the Museum of African Contemporary Art Al Maaden (MAACAL), one of the city's foremost cultural institutions dedicated to the promotion of African contemporary art, in collaboration with Art Comes First, a Paris-based menswear line and design collective. It's in the Mbari House that guests will get to peruse clothing by local designers selected by Art Comes First, see art pieces by Moroccan and African artists and hear sets by Sampha, Congolese-South African musician Petite Noir and Major Lazer's Walshy Fire.

Mbari House isn't the only art-oriented space, however. The fest has also teamed up with UK art collective Squidsoup on light installations around the main stage as well as a free-standing piece elsewhere onsite.

Along with a yoga spot, a secret garden and the hotel's inviting pool, guests who want to take a break from the music have lots of different locally-curated food and drink vendors to try. This year's festival will feature food and drinks from Marrakech businesses like the chic vegan spot Gaia, contemporary Moroccan food favorite Nomad and creative cocktail bar Baromètre.

It's these kinds of thoughtful partnerships and experiences that encourage a slightly older crowd to check out Oasis, something Jaidi says is intentional. "I kind of approached [Oasis] in the beginning [with the standpoint of] designing something for older people," she says. "When you're younger, you really just want to be in the middle of the crowd for the music but when you're older, you want places to sit, you want nicer drink options, you want to chill." But that's not to say the crowd is a bunch of Baby Boomers (though they're certainly welcome, like this mother-son pair interviewed at the fest a few years back). Jaidi says that about "25% of our audience is under 25, most people are 25-35, and then 25% are over 35."

As the festival prepares to kick off its fifth anniversary, as Jaidi puts it, what unites a crowd of diverse ages, nationalities and backgrounds is, ultimately, a willingness to "be open to something new."