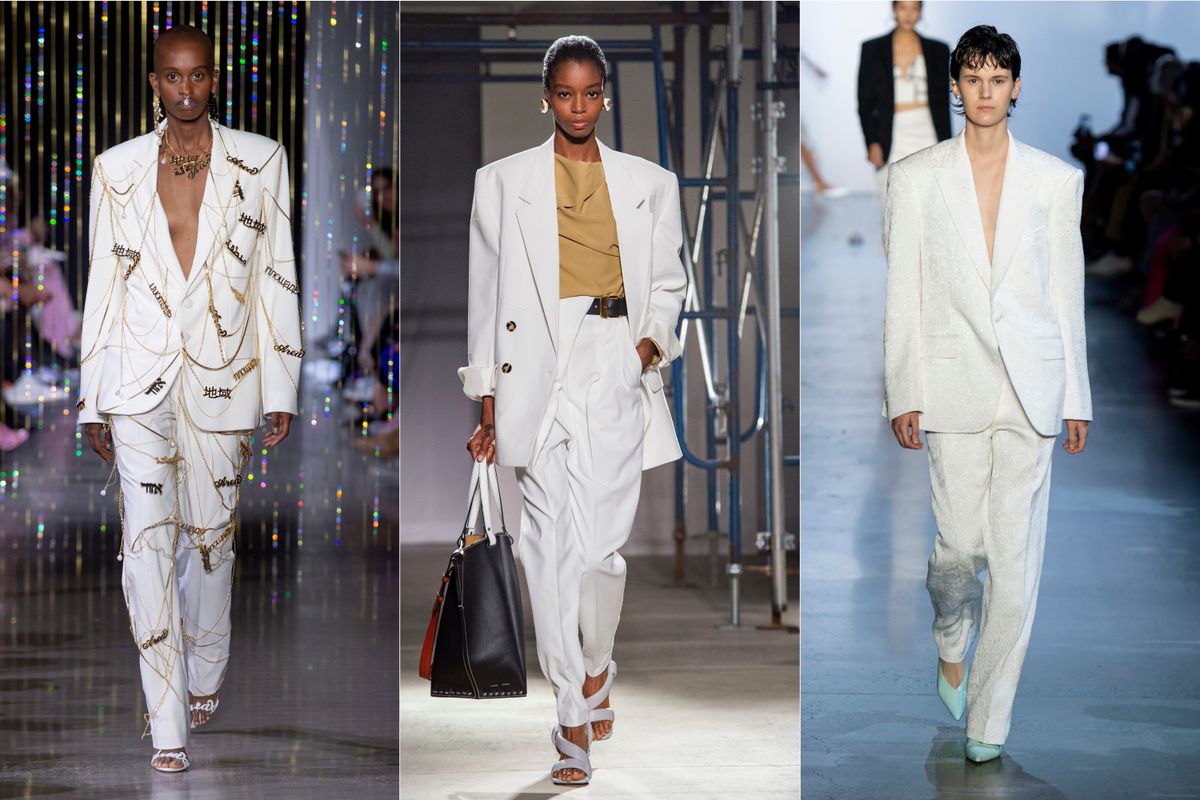 Spring 2020 Report: The Biggest Trends We Saw From NYFW

After another week of shows in New York, designers are emphatically setting an optimistic tone for next season. Whether it was pure, unadulterated joy at Marc Jacobs or spirited, powerful clothes at Pyer Moss, Spring 2020 is all about the celebration of individuality. To that end, a few notable trends emerged across a variety of collections, signaling a shared wavelength from a variety of brands. Here are the biggest trends we saw from New York Fashion Week.

Whether they were applied over your clothes ala Zero + Maria Cornejo or designed with intricate boning at Brock Collection, corsets were a major trend in New York this season.

The menswear accessory was a staple at Ralph Lauren's jazz club show and at Prabal Gurung's abundance of florals.

The classic polka-dot print was seen everywhere this season, with Wes Gordin giving it the regal treatment at Carolina Herrera and Michael Kors using it in his sporty, feminine collection.

Billowy bishop sleeves dominated the runways of Anna Sui and Zimmerman, with its flowy fullness and cuff details also seen at Badgley Mischka.

Not only was hot pink a big trend this season, but some of the week's biggest, exaggerated statement pieces came in the eye-catching hue.

Colorful, crazy prints were mixed and matched at a variety of shows from R13 to Ulla Johnson, with different busy patterns all clashing against each other.

Chic white suits came with wide, sharp shoulders, including a double-breasted version at Proenza Schouler and a tailored number at Area, which came covered in chain details.

Despite their on-and-off again status, this footwear trend is gaining steam for Spring thanks to Collina Strada's pool slide pairings and the minimal effect achieved by The Row.