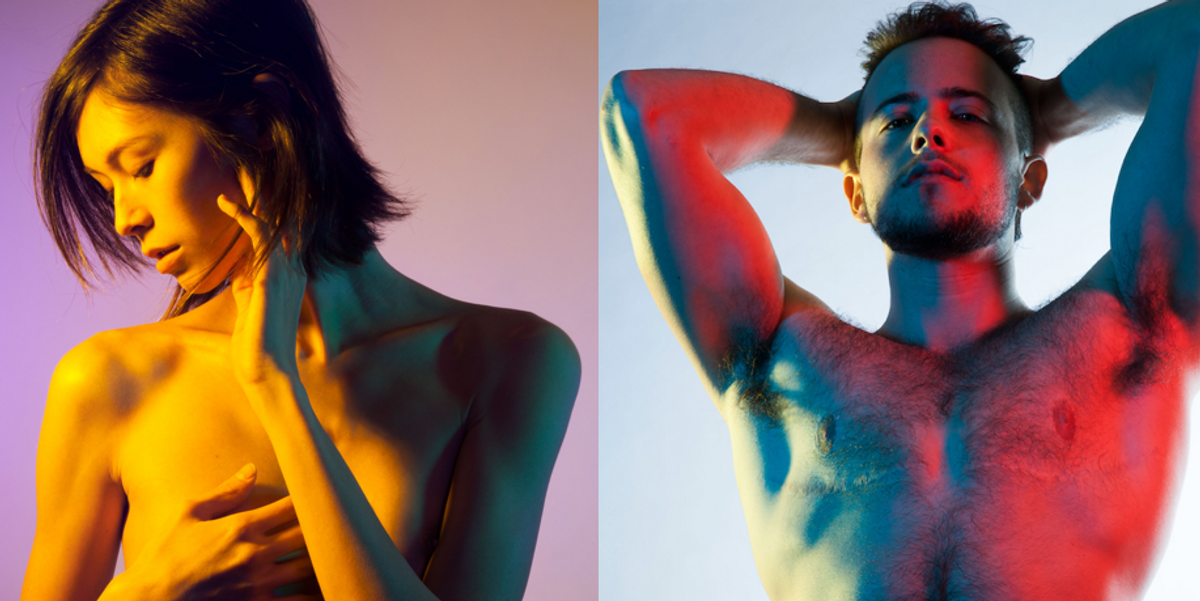 NSFW: See These Gorgeous Nude Portraits Celebrating the Spectrum of Gender and Sexuality

"I have always admired the timeless quality of nude photographs," says LA-based photographer Maggie West. "While fashion photos and portraiture can often be identified in a place or time, there is something beautifully indefinite about a nude portrait in a studio setting."

Last October, West shared a portfolio of gorgeous, neon-bathed portraits for her Planned-Parenthood-supporting show, "Stand." Now she's taken that aesthetic and applied it to a series of nudes for her second photobook, 23, which features artists and adult performers, models and musicians. But West was interested in her new work showing more than just a beautiful naked body.

"I wanted to do a nude book that explored gender and sexuality in less binary way," West says of her inspiration. "While looking at a lot of existing nude books, I felt that the men and women in the books were being depicted in very stereotypical ways; very feminine women, extremely masculine men." Among its 23 subjects, West's book features 7 who are trans, including musician Ryan Cassata and adult film star James Darling.

The book also features essays about modern sexuality from Strut star Arisce Wanzer (who was also photographed, Gaby Dunn, Darcie Wilder and West's boyfriend Christopher Zeischegg. West explains, "I wanted a diverse set of voices and opinions to introduce such a diverse set of portraits."

23 is out April 26th, and West will celebrate in LA with a performance from Drag Race All Stars winner Alaska Thunderfuck (who also featured in "Stand").