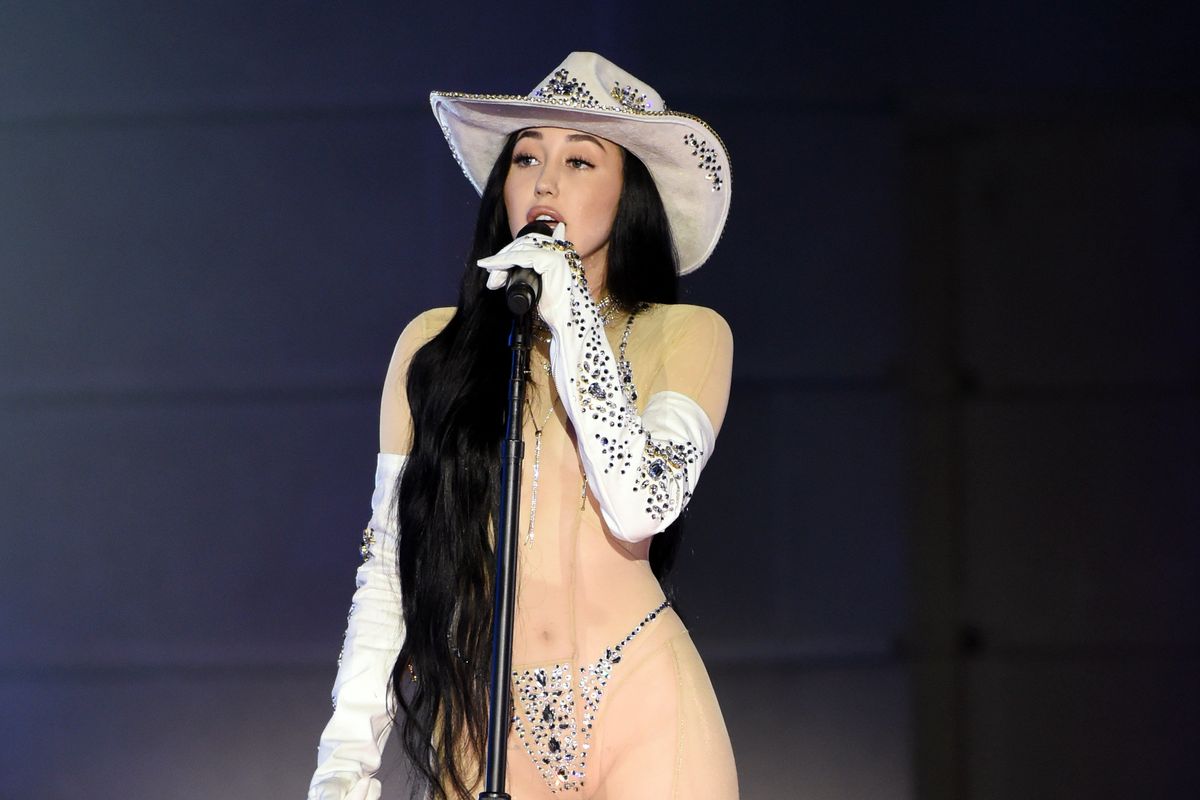 Noah Cyrus expertly shut down critics of the sheer nude bodysuit she wore during the 2020 CMT Awards.

On Wednesday night, the star brought the house down with a gorgeous performance of her song "This Is Us" with country singer Jimmie Allen. And while all the buzz should've been centered on their amazing duet, some viewers appeared to be more preoccupied with Cyrus' Phil Gomez-styled outfit and took to social media to complain about the bedazzled look.

"CMT should've stopped this. It was very degrading from Cyrus towards country music & women," as one pearl-clutcher wrote beneath the video shared by CMT, while others dubbed it "disgusting" and "inappropriate."

✨ @noahcyrus 💫✨ In custom @saganyc for the “This Is Us” @cmt performance ! Thank you @styledbyphil for choosing me to make this sci-fi cowgirl come to life & spending countless hours bedazzling this piece with me. Styling @styledbyphil Bodysuit @saganyc Hat & Gloves @phalliccvnt Jewelry @chrishabana Shoes @jeffreycampbell

"The outfit Noah chose to wear was tasteless, and totally inappropriate for country music awards," another commenter said. "It's obvious she was confused and must've thought it was a Victoria's Secret angels show rather than the country music awards."

That said, Cyrus took the Twitter trolls to task with a few choice words about the matter, replying to a since-deleted critique by writing, "Honey, your granddaughter will wear that someday." And the kicker? Her second response to another critic telling her to "put some clothing on."

"My body my choice, bitch," Cyrus reminded them. And honestly, all we can say to that is preach!

Honey, your granddaughter will wear that someday https://t.co/rRDWNisYFe