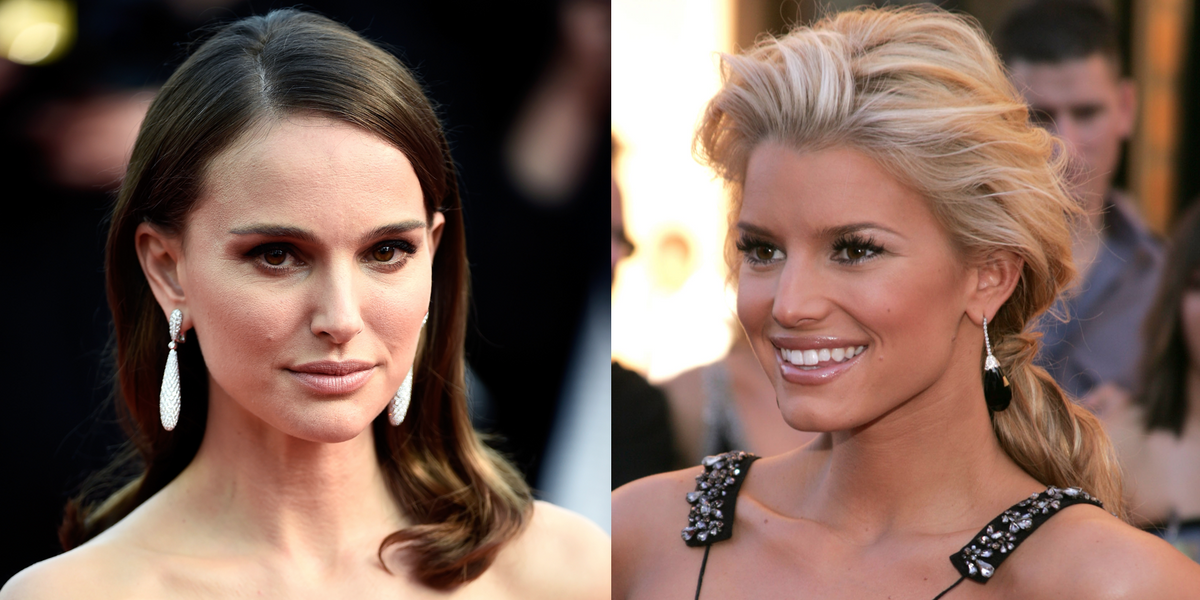 I regret to inform you that Jessica Simpson and Natalie Portman, two female entertainers of the same generation with divergent but equally crucial careers, are feuding. You didn't see that one coming, huh?

Portman is currently promoting her new movie Vox Lux, which is partly set in the early 2000s. So in an interview with USA Today she started talking about what it was like to grow up in that era, and particularly how pop culture presented itself in the new millennium. Which celebrity was making regular headlines in the early 2000s? Jessica Simpson. You maybe see where this is going.

"I remember being a teenager, and there was Jessica Simpson on the cover of a magazine saying 'I'm a virgin' while wearing a bikini, and I was confused," Portman recalled. "Like, I don't know what this is trying to tell me as a woman, as a girl."

In the wider context of the interview, this quote doesn't come across as a personal attack against Simpson. It's pretty generic college-level women's studies, to be frank. But you can still understand why Simpson would responded negatively to it, which she did, unfortunately on her public Instagram account.

"I was disappointed this morning when I read that I 'confused' you by wearing a bikini in a published photo taken of me when I was still a virgin in 1999," Simpson wrote.

"As public figures, we both know our image is not totally in our control at all times, and that the industry we work in often tries to define us and box us in. However I was taught to be myself and honor the different ways all women express themselves... being sexy in a bikini and being proud of my body are not synonymous with having sex. I have always embraced being a role model to all women to let them know that they can look however they want."

This all feels very Perez Hilton. But luckily, Portman doesn't seem interested in continuing the beef. She quickly apologized in a comment on Simpson's post, saying she didn't mean to "shame" her:

"I completely agree with you that a woman should be allowed to dress however she likes and behave however she likes and not be judged. I only meant to say I was confused — as a girl coming of age in the public eye around the same time — by the media's mixed messages about how girls and women were supposed to behave."

Jessica! It's okay. She's with you.