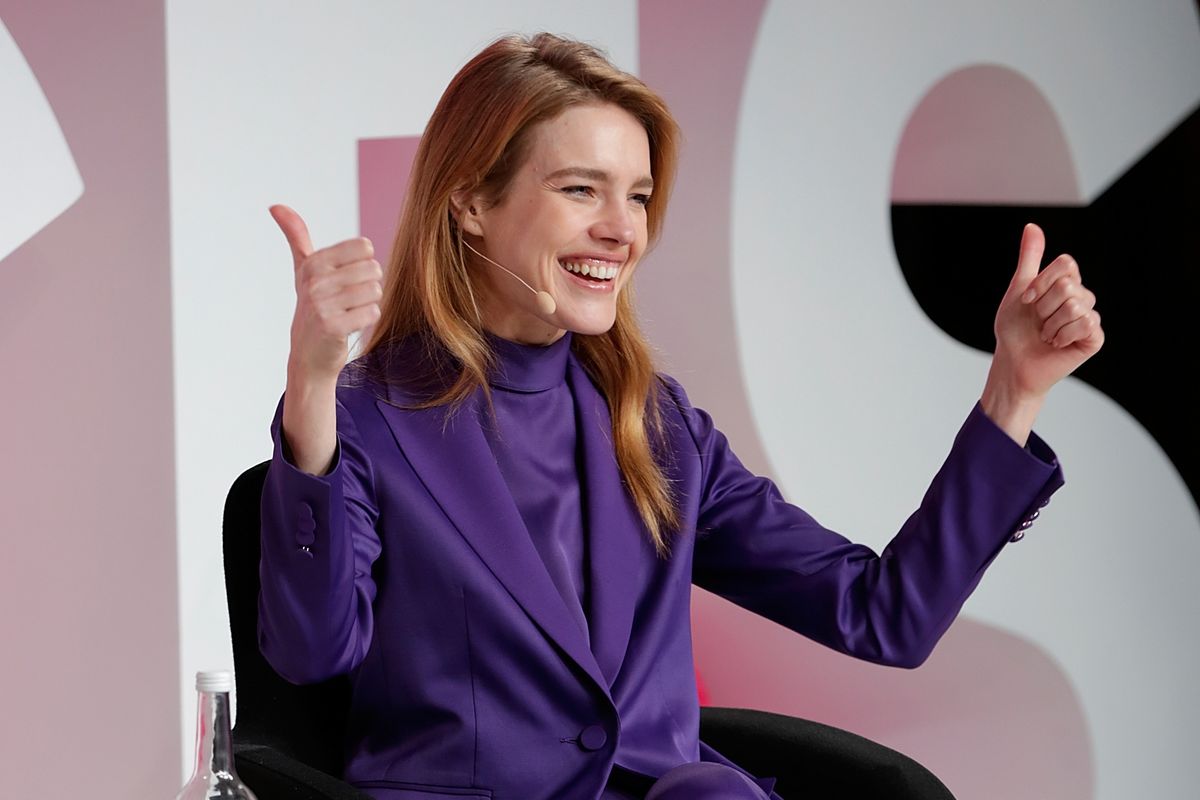 Natalia Vodianova on the Importance of Saying No

by Tom Prior
Justin Moran

A powerhouse in not only the realm of supermodels, but in philanthropic endeavours too, Natalia Vodianova has carved a much deeper mark on the world than solely posing in front of the camera. Born into an impoverished town in Russia, she sold fruit at a local market to support her family. Little did she know, Vodianova would go on to sign a seven-figure contract with Calvin Klein, and marry a member of France's wealthiest luxury fashion dynasties.

She was at Business of Fashion's VOICES conference to support her husband's Model Charter, and announce her co-founded charity app ELBI, where much like Instagram users can donate by liking causes around the world. We sat down to discuss the importance of saying no, safeguarding models and what drives Vodianova's philanthropic work.

PAPER: First off, your custom Jeff Koons outfit for your recent Naked Heart Foundation Fund Fair was beyond. How did that come together?

Natalia Vodianova: Thank you! Well it was Halloween and Jeff art directed the whole event. So, I wanted something that would reflect the theme and I became Jeff Koons' Venus for the night.

Tell me about the Naked Heart Foundation?

It's been a very long and beautiful journey. When I left Russia, I knew I was leaving behind millions of impoverished people in a reality I lived in before becoming successful. Naked Heart is a way to harness all the incredible opportunities I gained from being a part of the industry. I certainly wouldn't have been able to do any of it without the industry. We've raised over $50 million so far.

Where did the work for this start?

We started with something very tangible, building parks and playgrounds for children—178 so far, mainly in Russia, but we've built a couple in Peru and in the UK. When we fundraise outside of Russia, we give some proceeds to other organizations too.

What drives your interest in philanthropy?

Inclusivity has always been high on my agenda. My sister Oksana was born with extreme autism—she's 30 now so not a little girl anymore. Because of this we were subjected to violence and abuse growing up in Russia, but now people are much more open to people with disabilities. I'm channeling this pain into making sure this happens less.

Even with all the hardships you faced growing up, you beam with positivity and a fearless ambition to help others. Where do you find this?

My upbringing. I was born into very hard conditions. I work really hard and life still has many challenges. Going on stage to talk is also challenging but in a different way. With what I do I've found there's pressure people may not expect. I'm not surviving just for myself anymore, I'm surviving for the philanthropic mission. When I meet the parents of people we've helped it's so overwhelmingly rewarding.

Do you ever take a break to unwind?

I do occasionally think I need to take some time to think about myself because maybe then the work would be more effective. It's hard for me to say 'stop, you need to prepare yourself for this' but so far so good.

At BoF VOICES, James Scully, casting director who blew the whistle on the industry, and your husband Antoine Arnault, businessman and son of CEO of LVMH group, discussed their new Model Charter which ensures models' safety within the industry. Do you wish there was something like this in place when you were younger?

I came from one of the toughest neighborhoods in Russia and there is one thing that poverty teaches you: you have to protect your dignity as person and your core values. Whenever I felt these were being affected, even slightly, I would always complain and refuse to comply with general rules, like something as stupid as never allowing my hair or eyebrows to be colored.

To keep something of yourself while everything else is being altered?

Exactly. I had to keep things that were important to me safe. So of course, imagine what happened when someone proposed me sex. It's my dignity and core beliefs that are informed by my impoverished upbringing. You have to stand up and make those decisions, no one can force you to do anything. I've always been tough like this.

Any memorable bad experiences when you started modeling?

When I first arrived to Paris I was taken by an agency to this strange club full of very strange men. I did not like it all. The week later, my mother agent took me to another agency—I really didn't want to go, but I felt so at home there and I signed straight away. That agency was VIVA, who I'm still signed with now.

What advice would you give to young models now?

If you're not happy with something you have to change it. Be bold and don't hesitate. But do talk about it because not everybody can know your reality.

For people who want to help and donate but don't have the financial resources, how can they contribute to helping the world?

I've recently co-founded a new charitable app called ELBI. People can donate to or even create a heartfelt campaign on their social media, say for an orphanage in Uganda, and use a link to ELBI where people can then donate through Apple Pay by "liking" the story. We have a "Love Button," which allows you to donate anything as little as a dollar. Imagine turning all your likes on social media into donations for a cause?