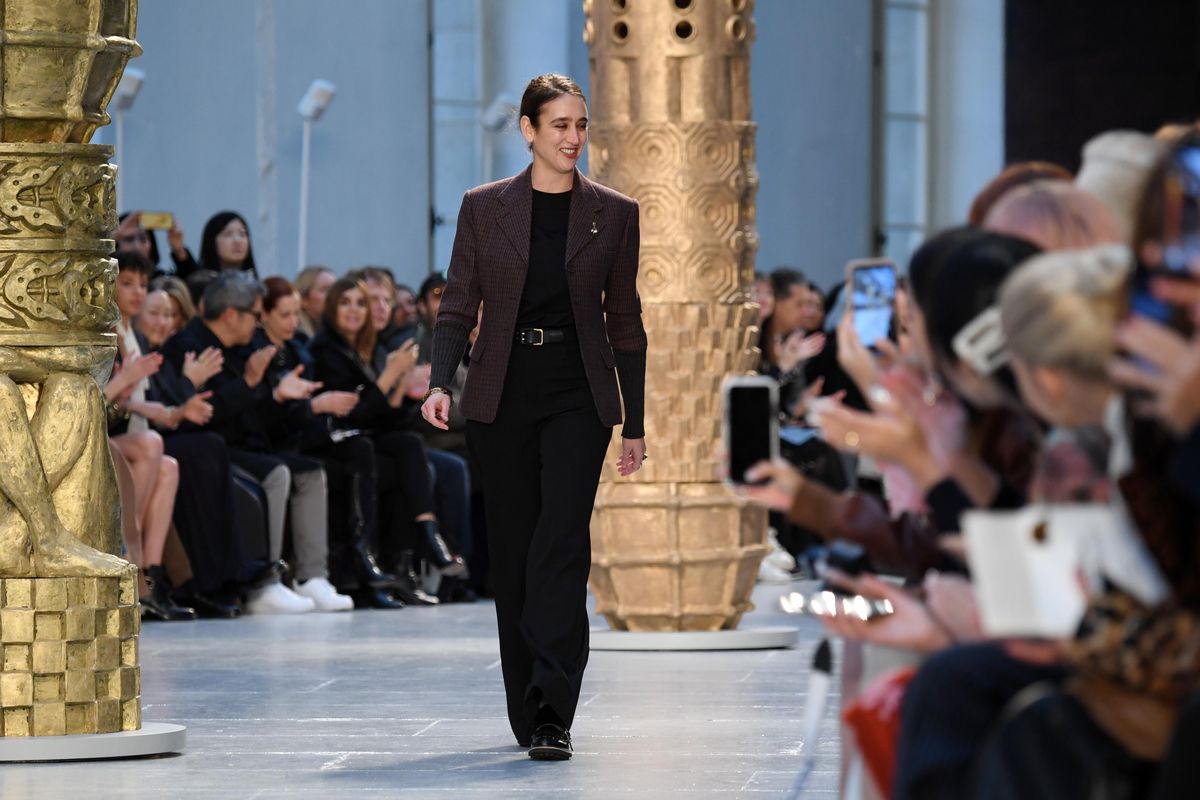 In the latest round of designer musical chairs (that most fashion people saw coming), Natacha Ramsay-Levi is exiting her post as creative director of Chloé after a nearly four-year stint.

Rumors of the designer's departure have been swirling for months after years of mostly mixed reviews from Ramsay-Levi's collections. Her sharp silhouettes, user of novelty prints and streamlined leather looks were a contrast to the bohemian glamour installed by her predecessor Clare Waight Keller (who is still unemployed as far as we know).

"Over the last months of health, social and economic turmoil, I have thought about the changes I want to see in our industry and how to better align them with my own creative, intellectual and emotional values," Ramsay-Levi said in a statement. "It is this reflection that makes me consider my future differently and desire to pursue new opportunities."

Though she liked to keep a relatively low profile, Ramsay-Levi was a favorite in Paris fashion circles and often had Louis Vuitton's Nicolas Ghesquiere at the front row of each of her shows. She worked alongside him for years at Balenciaga as well as LV, before joining Chloé in April 2017.

The Richemont-owned house announced that a successor will be named in due course. Let the guessing games begin!