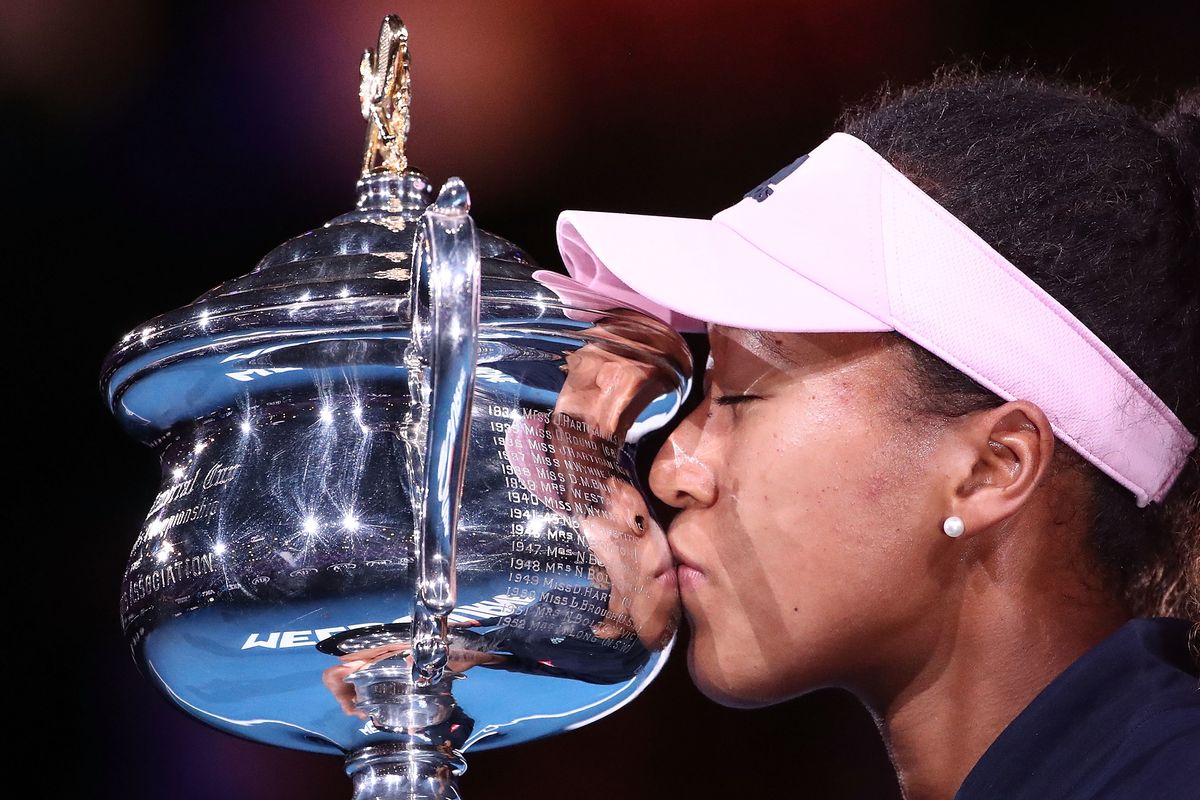 Naomi Osaka's latest victory has officially made her a truly historical figure for Asian athletes everywhere. The 21-year-old pro — who won over legend Serena Williams in a controversial match at the US Open Grand Slam — is going to be the very first Asian tennis player to hold the spot as the world's number one in either men's or women's tennis.

On Saturday, Osaka claimed the trophy for Japan at the Australia Open after defeating Czech Petra Kvitova in Melbourne. BuzzFeed News reports that she beat Kvitova, "7-6 (7-2), 5-7, 6-4." "Thank you, everyone," she said after her win. "I am really honored to have played in this final."

After such an emotionally confusing and controversial win at the US Open — which led the player to tears, as Williams comforted her — Osaka finally got her smiling moment of victory, and turned her tears of frustration to tears of joy at her second grand slam. "Naomi Osaka stood at center court, shoulder-to-shoulder with Australian Open runner-up Petra Kvitova, and allowed the slightest satisfied smile to slowly lift her cheeks," ESPN reports.

"Huge congrats to Petra. I've always wanted to play you. You've been through so much, honestly I wouldn't have wanted this to be our first match."@Naomi_Osaka_ is all class 🙏#AusOpen pic.twitter.com/8WxY6PVNc2

Li Na, the retired Chinese tennis player, was the first Asian player to win a grand slam. She was the one who presented Osaka with her trophy, and it was quite a moment.

She handed the trophy to Naomi Osaka, who becomes the first Asian world No.1

What a moment. #AusOpen pic.twitter.com/Li3KRxdlCp

Another retired tennis legend, Billie Jean King, congratulated the player for this incredible win. She tweeted, "Congratulations to the 2x Grand Slam champion, @Naomi_Osaka_! Your future is so bright, and your talent, drive, and determination will take you far. #champion #AusOpen."

Congratulations to the 2x Grand Slam champion, @Naomi_Osaka_! Your future is so bright, and your talent, drive, and determination will take you far. #champion #AusOpen https://t.co/mxMzfNO59v

But Osaka, being the humble athlete that she is, did not forget to thank her competitor for a good match. She said, "Huge congrats to Petra. I've always want to play you. You've been through so much and honestly I wouldn't have wanted this to be our first match."

On Monday, Osaka will be officially named the top ranked women's tennis player once the new results are released.

Naomi Osaka is so easy to root for!! A killer tennis player, full of grace, and always so full of poise and class. No matter the situation