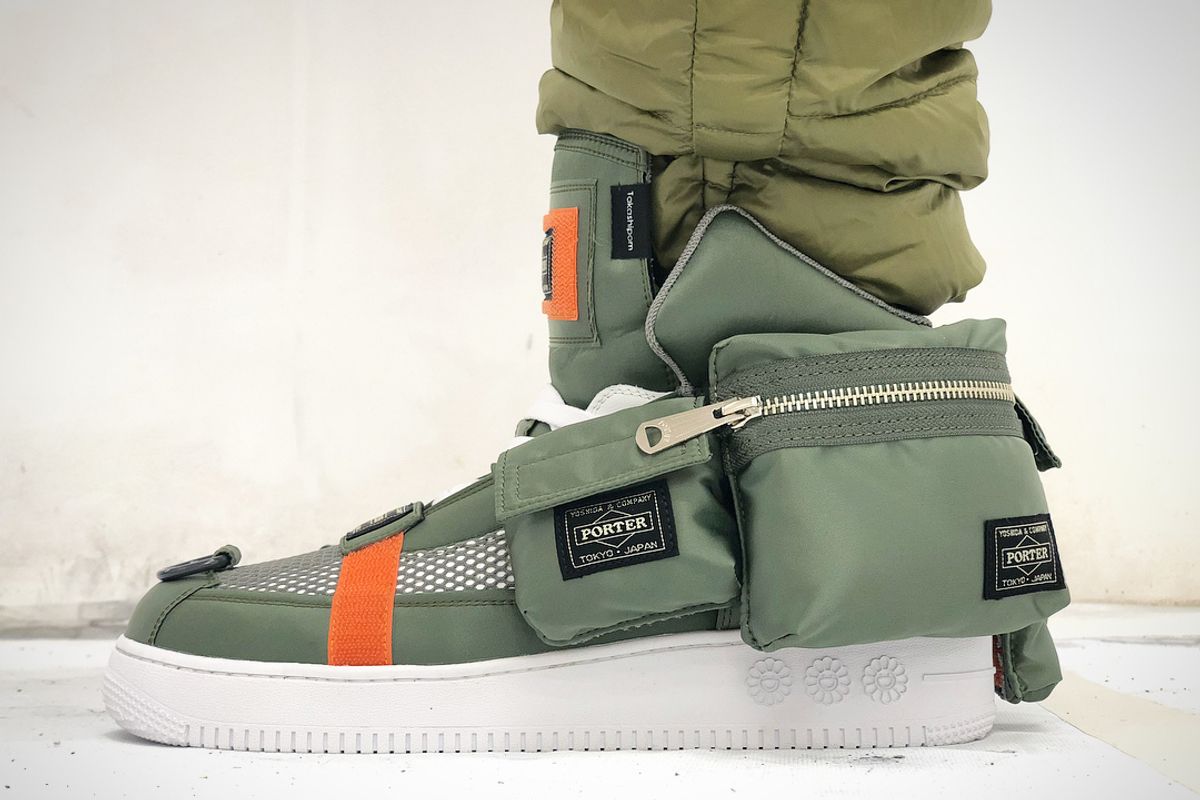 It's true that you can never have too much storage. Dating back to World War II, the cargo pant was used by British troops to increase storage capacity for the long treks from battlefield to battlefield. Domestic demand for cargo couture increased as technology brought us more and more devices that needed storing in the 20th century. Now more of a novelty garment, the practical utilitarian cargo pant pushed the boundaries of wearable storage boldly adding pockets where pockets had never been before.

But not since they cropped cargo pants to create its shorts variant, widely popular among suburban dads across the country, has there been such a radical storage innovation in fashion as the one Japanese designer and artist, Takashi Murakami, unveiled today. A collaboration between the pioneering superflat artist and Japanese bag maker, Porter, Murakami's new sneaker features a modular pouch system that the wearer can customize and presumably store whatever tiny fare their heart so desires.

Related | Takashi Murakami on Uniqlo and Bringing Manga to the Masses

Made out of a forest green nylon with orange velcro accents, Murakami limits his usually colorful flower motifs to the shoe's sole for an overall outdoorsman like vibe. In a post to Instagram teasing the new sneakers, Murakami shared that the collaboration was inspired by his admiration for sneaker culture and his attempts to join that canon. Already a major force in the realm of streetwear, Murakami is set to headline the ComplexCon in LA this upcoming weekend where he has already teased a whole host on new creations.

Murakami says that the sneakers still need some final touches before they are released to the public, but in the meantime take a look at the pair below: