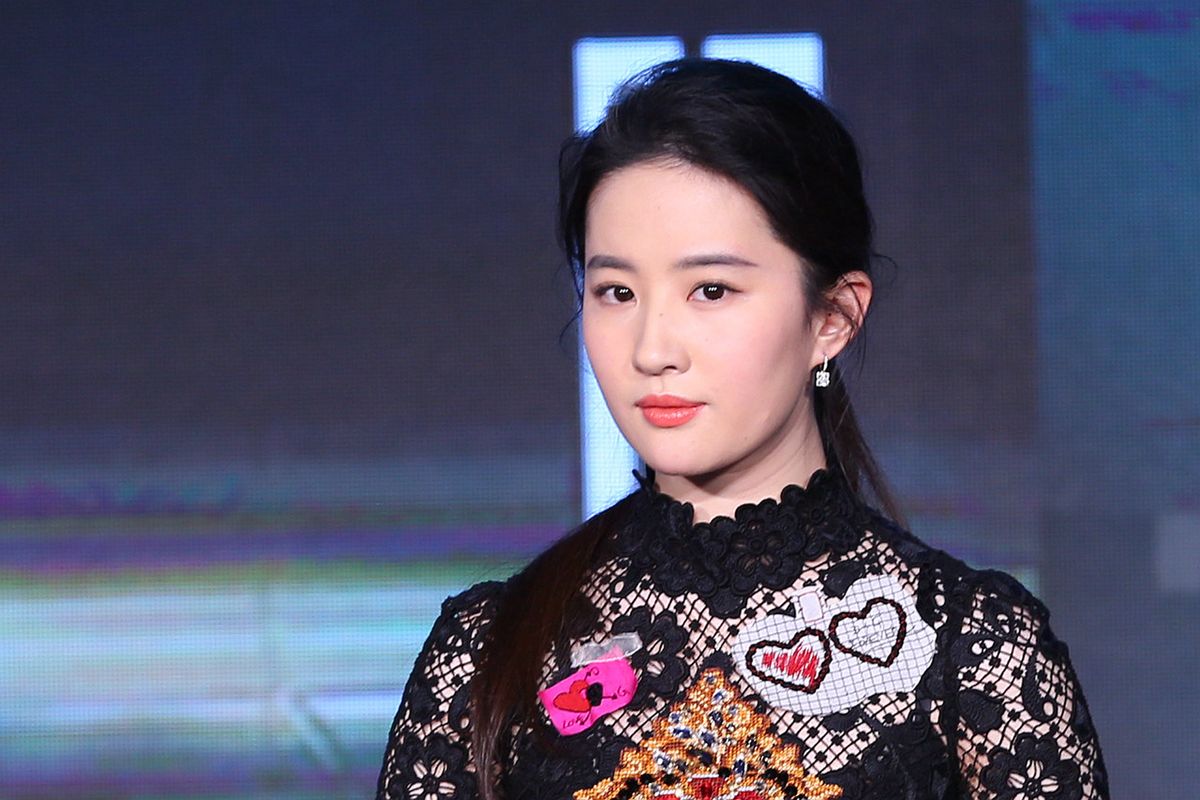 Disney's live-action remake of Mulan may not be slated to come out until 2020, but people online are already calling for a boycott of the movie.

Earlier this week, Chinese actor Liu Yifei (who is also a naturalized American citizen) took to her Weibo account to make her support of the Hong Kong police force known.

Reposting a viral comment from the government-run People's Daily newspaper, Liu wrote, "I also support Hong Kong police. You can beat me up now." She also added, "what a shame for Hong Kong," alongside the hashtag #IAlsoSupportTheHongKongPolice.

And while Liu's post has garnered a positive response of the state-monitored social media platform, outside of China, critics have begun denouncing the actor for supporting police brutality.

Human rights groups and the UN have already spoken out against the Hong Kong police force's heavy-handed tactics and use of excessive force against pro-democracy protestors. The protests began earlier this year following the introduction of a now-shelved draft bill that would have allowed the Chinese government to extradite people accused of crimes from Hong Kong — a move derided by activists as an end to Hong Kong's autonomy under the "one country, two systems" model. However, the protests have since blossomed into a bigger, pro-democracy movement.

As a result, the hashtag #BoycottMulan is now trending on Twitter with many condemning Liu for her support of police brutality and the suppression of democracy. As one viral tweet points out, since Liu is a US citizen, the issues the Hong Kong protestors are dealing with don't directly affect her.

Liu is a naturalized American citizen. it must be nice. meanwhile she pisses on people fighting for democracy.

Similarly, others have pointed out that the character of Mulan would've been diametrically opposed to the actions of the Hong Kong police force. And while Disney has yet to respond to the backlash, you can see what others online are saying about the #BoycottMulan movement, below.

The irony is that cartoon Mulan would be on the frontlines of any war fighting for democracy and free speech cause she a badass bitch #BoycottMulan pic.twitter.com/EUcV1buh4d

Finding out #BoycottMulan is trending because the main actress that plays Mulan supports the Hong Kong Police,
that are hurting innocent people that are fighting for their freedom and democracy

First Mushu wasn’t in it and now this: pic.twitter.com/drfQnrNQs6