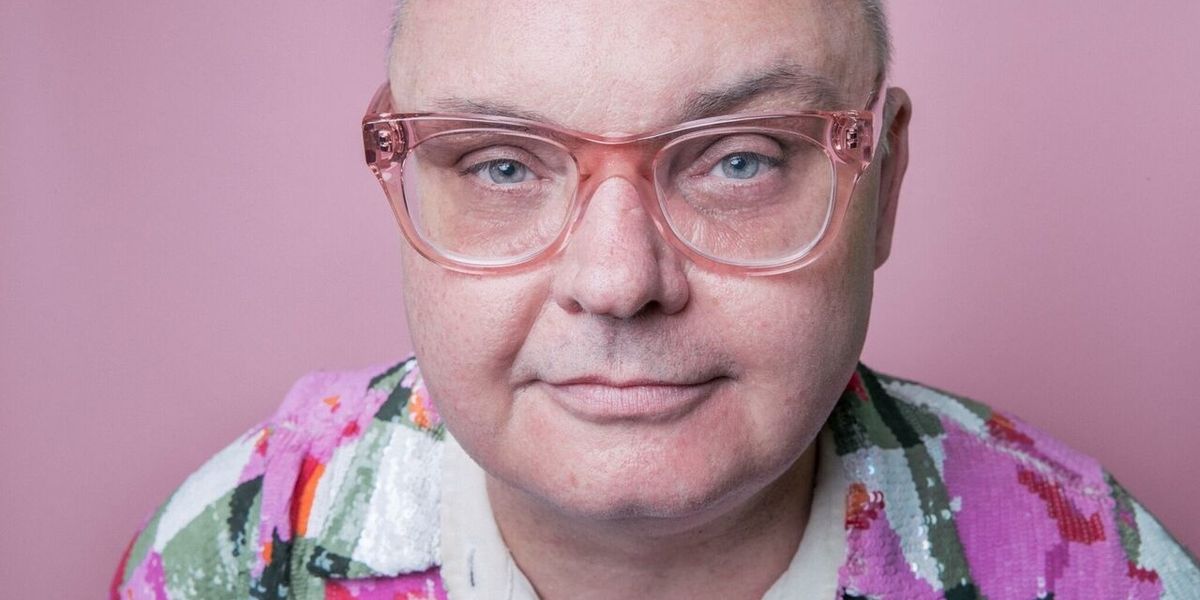 Fat and All That is a weekly column by Mickey Boardman in which he discusses his life long battle with weight issues and society's views on overweight people. He'll discuss fat-shaming and body positivity and everything in between. He'll also take us along on his current journey to get healthy and find the ideal weight for himself.

I'm a member of several groups, but I have to say that the place where I look around and think, These are truly my people, is Weight Watchers. I wish I could have said it's the Chanel Couture Show or the Academy Awards but, honestly, it's the ladies and gentlemen of WW who are my true soul sisters.

I've been sober for 21 years, something I'm very proud of, and couldn't have done without the help of friends and fellow members of AA. But in dealing with my addiction I found that an even more profound issue beneath the substance abuse was my issue with weight. Although I abused all kinds of drugs and alcohol, in my heart of hearts, I was a crystal meth addict. A huge attraction of crystal meth is dramatic weight loss. I'm talking people asking you in a panic if you're sick because you've gotten so skinny. And if you're one of my fellow fat folks out there, I know you agree that hearing that from friends and loved ones can really be a dream come true.

Once I got off the junk and booze, I got on the cheese fries. I literally ate all day long and gained about 75 pounds. A good friend had been to Weight Watchers off and on over the years and suggested we give it a try together, so I took the plunge. The meetings were almost all women, which actually works for me. Even with AA I prefer being around middle-aged women. Maybe it's a mommy complex. Who knows.

At one of my first WW meetings, the leader shared a story about a member who confessed to eating cookies in the shower. I thought, 'Hello. These are my people.'

You might have heard in 2015 that Oprah Winfrey became a spokesperson for, and major stockholder in, WW. I mean, what could be more perfect? Oprah, Queen of the World, lifetime struggler with weight, leading our culture into a healthier, more holistic place. Who better to reign over Weight Watchers? Around the time Oprah appeared on the scene, my WW leader Robert started telling our group that Weight Watchers used to be in the weight-loss business but now was in the wellness business.

Naturally being an overweight addict, my initial reaction was, 'Wellness is for hippies! We're here to lose weight!'

One fun thing about the meeting I go to is that it's in the building where one of my favorite authors, Edith Wharton, grew up. That loans a mild air of glamour and sophistication to the proceedings.

The entire center had been redone since I was last at a meeting. You check in and get weighed behind Scandinavian looking privacy screens and the meeting takes place in what looks like someone's Ikea rec room. It reminds me of 4th grade when my super New Age-y progressive teacher Mrs. Colsant made us do 'magic circle' where we all sat in a circle and talked about our feelings.

I do love the meetings. As I said, people with food issues are really my people and I can always relate to the stories of eating a whole bag of cookies or sneaking into the bathroom to eat candy bars. Some people like to just weigh in and then not stay for the meeting which I think is crazy. The meetings are the medicine. It's like having kidney failure and not staying for the dialysis. There's nothing like the feeling of totally relating to a room full of people when you previously felt like the only person with a certain issue.

Those of us with food issues can be lunatics. And I mean that in a kind, supportive way. Basically, like any addicts we hate change. Even if it's something that will be better for us. I remember years ago when our leader announced that although almost all vegetables had previously been zero points, WW had decided that from then on baby carrots would have one point per cup instead of zero. She might as well have told us that the delicious WW two-point bars were made of dog poop. People lost their minds. After prolonged hysteria the leader finally said, "You know what. Just count them however you want. None of us are at Weight Watchers because we eat too many carrots."

The older I get, the more I feel like I need to lose weight to get healthy. Yes, I love body positivity, but I'm almost 52 and obese and let me tell you, if I take the F train—which is two flights below street level—I nearly expire by the time I waddle up to the street. I used to take those stairs two at a time! And frankly I just don't feel that great when I eat an entire family size bag of peanut M & M's in one sitting. Or have French fries for lunch. And I mean French fries as an entrée. Although I've always considered French fries the perfect food, except that they make you fat and have zero nutritional value.

One of the best parts about doing a fatness and fitness diary like this is that it keeps me honest. It's my job to talk about how I feel about being fat and the progress I make towards getting healthy and losing weight. I'm getting weighed in weekly and reporting on my activity. Okay so it's a bit like shaming me into good, or at least honest, behavior, but so be it.

To start things off with a bang I decided to go to Whole Foods and get some healthy food choices to have in the house. Otherwise there's nothing in my refrigerator except club soda, condiments and two bags of Thurn und Taxis Gummi Bears that I got at Princess Gloria TNT's gift shop at her palace in Germany (those are collectibles never meant to be eaten). I read the WW orientation book for the Freestyle program and I even downloaded the app which lets you track (write down what you eat) and look up the points value for any food. I'm a large man so I get a lot of points—33 points a day plus 42 extra weekly points. My friend who's a much skinnier lady than me gets 22 points a day and 35 extra weekly points.

So there I was, rolling my cart through the aisles, reading labels, checking points values and basically being that FREESTYLE bitch! There are 200 zero point foods including tofu, eggs, beans, fruits and vegetables. Yes, I'm vegetarian. Meanwhile I got eggs (cage free!). I got fruit. I got brown rice and frozen veggies to mix in. I checked the points value for Barbara's Peanut Butter Puffins cereal (4 points for ¾ cup) and soy milk. Yes I even looked up the points value of a family size bag of M & M's. Are you ready? 105!

Going back to WW I'm always super gung-ho at the beginning. Like most things in life, you get out what you put in. So far I've been a real A plus student. And believe it or not, I felt better as soon as I started. I'm sure part of it was just psychosomatic—knowing I was doing something to get healthy—but part of it was definitely that I was making healthy choices. And I was happy at weigh-in time the following week. I had a 5.2 lbs loss. That's pretty major. I know that kind of number is unusual. Anything from 1-2 lbs a week is great but this is a fabulous way to start things off with a bang and a reminder that following a good program really works! Naturally being insane a part of me thinks 'If I eat HALF the amount of food I'll lose TWICE as much weight!" But this time around I'm not going to listen to that foolishness in my head. I'm going to follow the program and do things the healthy way. Stay tuned.

Update: in the two months since I made my triumphant return to Weight Watchers, I've lost 17.6 lbs. I've had a loss every week which is incredible, although I'm prepared for there to be a time when I have a gain. Whatever the case, I'm happy and feeling healthier already.